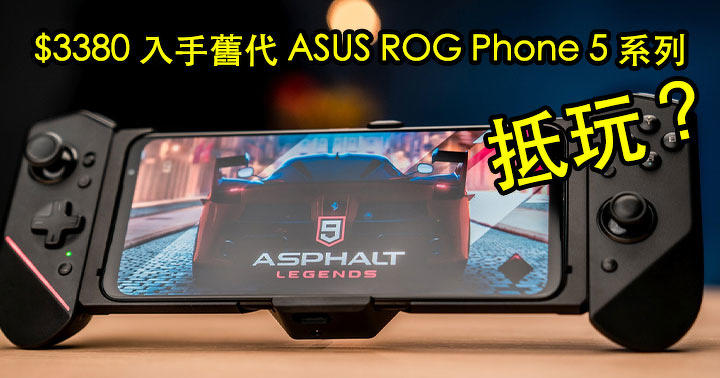 I recently talked at Clubhouse about what mobile phone to use when playing games. If you are playing gun games, I would definitely recommend ASUS ROG Phone series mobile phones. The main reason is that the shoulder buttons are convenient. , they all began to add shoulder buttons to mobile phones, but sorry, the game experience and sensitivity are still not as good as the ROG Phone series. Although it is unknown when the latest ROG Phone 6 series will be sold in Hong Kong, if 3000 mosquitoes buy the previous generation, will you choose the old generation without hesitation (assuming you want to start the ROG Phone series flagship)? For details, see below!

The mobile phones I want to share in this article are the ROG Phone 5 and ROG Phone 5s series. In the past, the security guard downstairs in the same house and company used to blow water and talk about mobile phones. I am quite interested in the series, and I will buy it every day when it comes out. However, he rarely buys licensed products, and instead chooses to start with parallel imports, because there are more configuration options and the price is much cheaper.