Christmas article on August 13: Globus customer shocked many with a photo 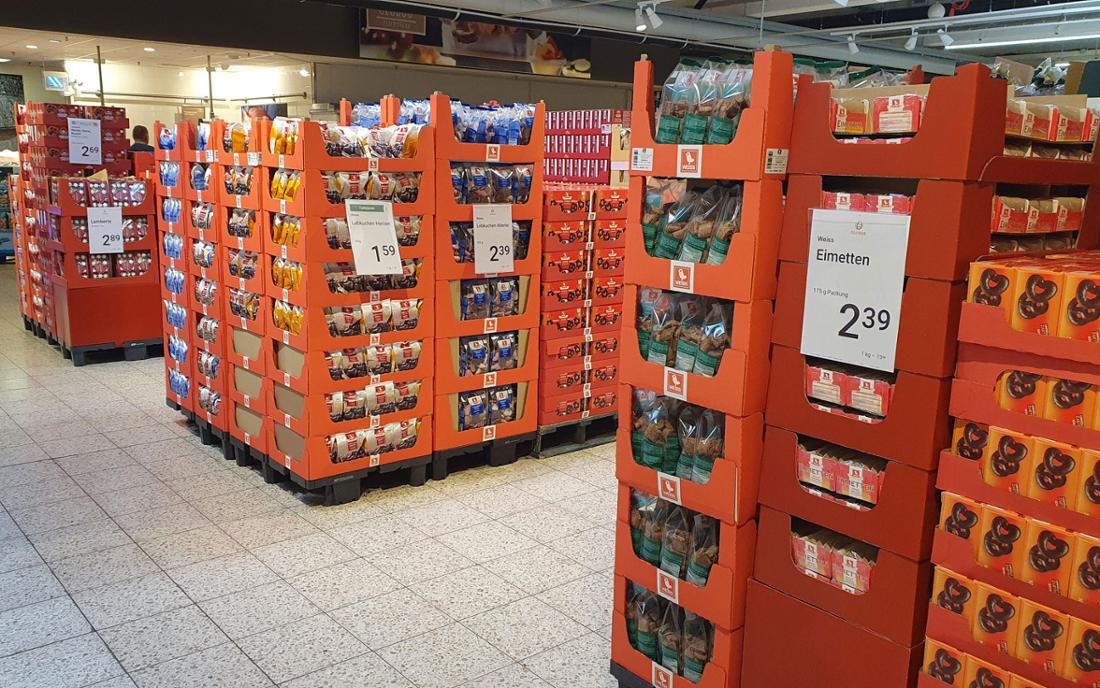 The first Christmas items are probably here! A photo should show her in a Globus branch. Some are happy, others shake their heads - and an alleged Rewe insider unpacks.

Stuttgart - We are writing in mid-August. More than four months before Christmas. But that doesn't seem to prevent the first supermarkets from placing Christmas sweets in their sales rooms. "The time has come," wrote a Reddit user on August 13 for a photo showing pallets of gingerbread hearts, eggs and other sugar stuff. According to the signs, the picture was taken in a branch of the Globus chain. That it is real, of course, is not confirmed. But after the It feels like supermarkets are there earlier every year: Who wants to seriously doubt it? Especially since the user on tz.de query also names the place, a city in central Hesse.

In 2022 too, too early Christmas items will be hotly debated again. There were 2,700 votes Reddit already in the first five hours for the photo - and almost 300 comments. Which are very different. "Where is that? I need my Spekulatius”, a user wants to know. "I'm honest: I'm happy!" admits a user. "Well finally. Quite late this year,” writes another, not without irony. "Can I finally grill a pack of gingerbread in the sun at 37c", it also says.

Others are outraged: "No .... Now let's be honest, NO," says one comment. "I think it should be banned. Christmas shit only 1 month before,” demands another. "I don't really feel it right now", "EVERY YEAR EARLIER!!11!!!1!!11" and "Nooooooo. Not serious …”, users also write. For another, the starting point for the pre-Christmas period is different: "It only really gets going when 15x 'Last Christmas' roars on the radio every day."

Years ago he Handelsverband auf tz.de explains why the Christmas sweets are always so early. Little has changed since then: the first Christmas items will come in August. Some are happy. And the others get really angry about it. It then becomes surprising in the Reddit thread when several users who say they once worked in the supermarket (which of course, as is so often the case with Reddit, cannot be verified).

One writes: “When I was still at rewe worked, we already pre-ordered the first load in MAY, which was then delivered in mid-August. The camp was literally full of rubbish, where there was space, something was temporarily stored. 36 pallets of just Christmas goodies. We then exchanged everything on the action area that was summery for Christmas horror. Where there used to be white wine, there are now dominoes and mulled wine. It's absolutely insane. At 32 degrees, it’s nice to start by organting a pack of dominoes and two bottles of mulled wine.” Unusual career path: A former top chef now works at the Rewe snack bar. (lin)