Get healthy thanks to Beethoven! 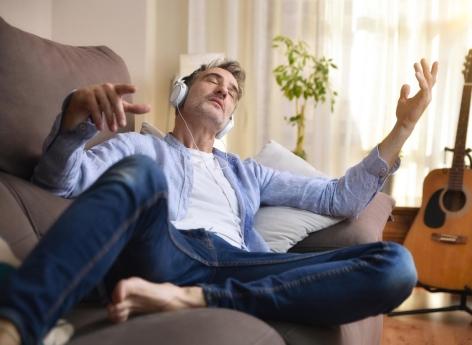 What if listening to classical music could relieve heart problems, high blood pressure and depression?

This is confirmed by a study published at the end of July in the medical journal Cureus which reveals how the works of Ludwig van Beethoven, and especially the most rhythmic pieces, have a positive impact on the health of those who listen to him.

The benefits of classical music on health have been explored by scientists for several years, but on small samples. Thus, for this new American study, the six researchers worked on a larger panel of 100 people (47 women and 53 men), whose average age was almost forty. 40% of these participants were musicians, 62% already enjoyed classical music and 35% were taking medication.

Participants, equipped with electrocardiographs and blood pressure cuffs, listened to excerpts from two of the famous German composer's best-known pieces: one minute from the first movement of the Fifth Symphony (with its brisk rhythm), then one minute from the Sonata Clair de lune (slower) and had to share the emotions felt during the listening.

After analyzing the data, the researchers concluded that Beethoven's tunes had proven benefits for "thecardiovascular system and obvious potential emotional benefits, including the autonomic nervous system and the vagus nerve which responds to musical vibrations by triggering relaxation in the body."

Listen to classical music"may be a potential therapeutic method to reduce anxiety and depression" say the researchers.

This is because music also affects other parts of the brain, which in turn affect mood through the release of neurotransmitters such as dopamine (the feel-good hormone), especially when listening to the fast track. : 83% of participants found fast music positively motivating (compared to 56% for slow music).