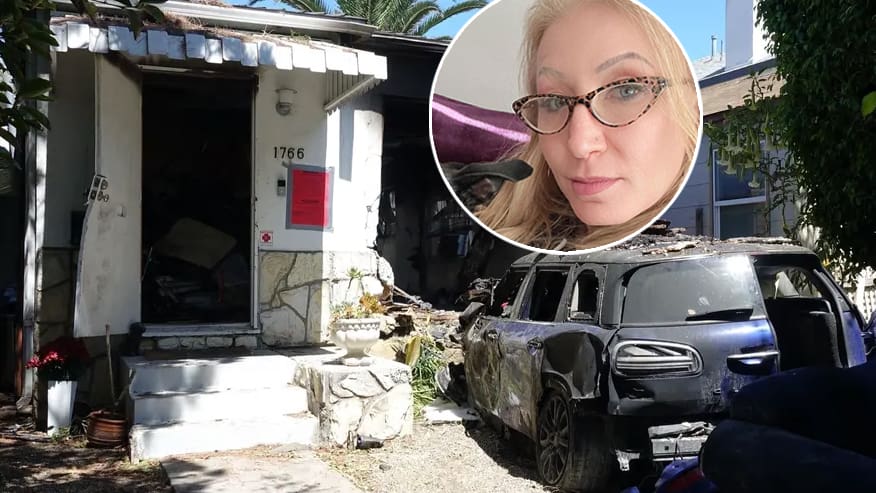 A week ago, Anne Heche crashed into an apartment building in Los Angeles – she succumbed to her injuries in the hospital. The house burned down almost completely. Now the owner speaks up.

The shock of the death of Anne Heche († 53) is still deep. US actress Anne Heche (53) raced through a residential area in Los Angeles in the Mini Cooper on Friday, August 5 and crashed into a house at top speed. At the hospital, she was declared brain dead.

The owner of the affected house is called Lynne Mishele. She lived there in rented accommodation with her two dogs, Bree and Rueban, and her turtle, Marley. Fortunately, everyone was in another part of the house at the time of the accident, which is why no one was injured.

Mishele speaks up with a video message on Instagram. «The news of Anne Heche's death is terrible. Her family and friends and especially her children have suffered a great loss and my heart goes out to them."

Although the fire brigade was quickly on site, the house burned down almost completely. As "People" reports, Mishele lost all her belongings in the flames. "Mishele lost memorabilia, all of her business equipment, including her laptop and iPad, all of her clothing and basic needs, and all of her household items," a neighbor told US magazine.

To limit the damage, homeowners John and Jennifer Durand launched a GoFundMe campaign. The description reads: "Lynne lives with her puppies and turtle in the Mar Vista home that was destroyed this week by a car driving into the home at high speed, setting the home on fire."

The campaign is booming: after just a few days, over 150,000 francs have already been collected – the stated goal for donations was 100,000 francs. (fmu)