Taiwan: New US delegation arrives on the island in the midst of the crisis with China 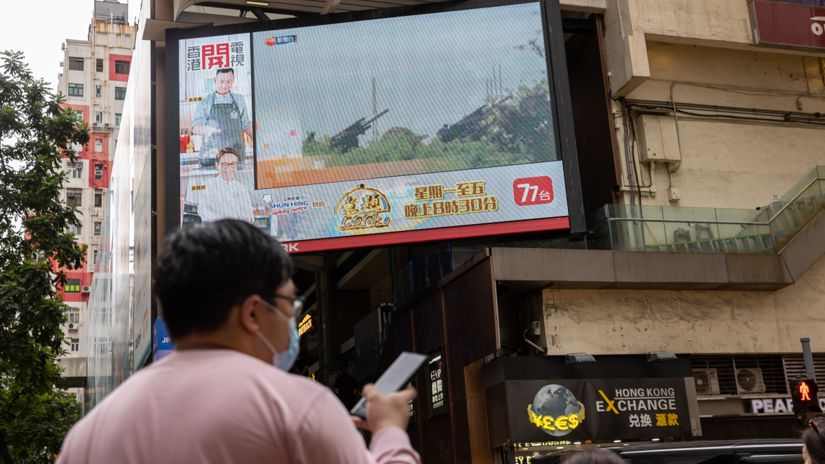 A delegation of five legislators from USA traveled this Sunday to Taiwan for a work tour in the midst of the crisis with China unleashed by the recent visit to the island of the president of the US House of Representatives, Democrat Nancy Pelosi.

The American Institute on Taiwanwhich represents the US government on the island, announced in a statement that the visit will last two days and will include meetings with Taiwanese leaders on regional security and trade.

The entourage, which plans to visit other areas of the Indo-Pacific in addition to Taiwan, is made up of Democratic Senator Ed Markey, Democratic Congressmen John Garamendi, Alan Lowenthal and Don Beyer; and Republican Congresswoman Amata Coleman Radewagen.

"The delegation will meet with senior officials of Taiwan to address relations between the United States and Taiwanregional security, trade, investment, global supply chains, the climate crisis, and other relevant issues of mutual interest," the American Institute said.

Pelosi's visit on August 2 exacerbated the tension between the United States and Chinawho considered the gesture as a show of support for the independence of the island and responded with live-fire military exercises and sanctions against Taiwan.

Last Wednesday, in her first press conference since her trip, Pelosi said that the United States will not allow China isolate Taiwan and pointed out that the objective of his visit was to reaffirm "the strong relationship" between his country and the island.

At all times, the White House has sought to distance itself from this visit and has stressed that it was a personal decision of Pelosiin addition to maintaining that it continues to support the 'one China' paradigm.

Tension between China and the US

This visit that will last until Monday according to the American Institute in Taiwancomes days after the main maneuvers ever carried out by China around the island.

The maneuvers were a response to the visit to Taiwan of the Speaker of the US House of Representatives, Nancy Pelosi. Taiwan accuses China of using Pelosi's visit as a pretext to train for an invasion.

In response, the United States reiterated its commitment to the region, stating that it will strengthen its trade relations with Taiwan and indicated that it will carry out new air and sea crossings in the strait in response to the "provocative" Chinese actions, Kurt Campbell, White House coordinator for Asia-Pacific, announced on Friday.

China considers that Taiwanpopulated by some 23 million inhabitants, is one of its provinces that has not yet been able to reunite with the rest of the territory since the end of the Chinese civil war in 1949.