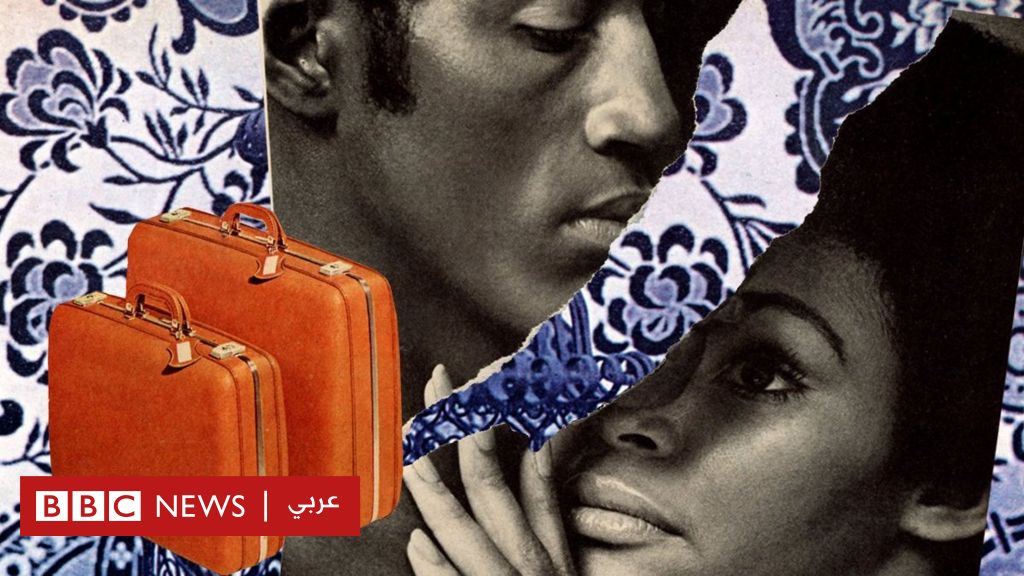 The fact that the word "breakup" or "breakup" is referred to more than 21 million times on the social networking site Tik Tok indicates that a large number of people want to talk about it or receive advice about the pain they suffer when it occurs. No wonder, then, that there are people like Arunki Umami whose job it is to advise and advise these people to help them get through the experience.

In 1993, Arunki Umami was a 35-year-old trade attorney. Aronki witnessed something that changed her life.

She was in a court in the Nigerian capital, Lagos, but she was not litigating a case, but rather went to support her friend Mary (not her real name), whose parents were parties to a divorce case.

Mary's mother kept stretching her neck to look at her husband, who was sitting across the hall, trying to get his attention.

When the judge announced a short break, Aronki froze as she watched Mary and her mother go to the father. The courtroom was silent, and all eyes turned to the family.

Then the audience gasped when they saw what happened next.

Mary and her mother kneeled at the feet of the father. They bowed their heads as they Aststfnh so as not to break up the family.

But Mary's father raised his head sarcastically and began to curse them in front of everyone.

When Aronki was nine years old, her parents divorced. She and her siblings stayed with their mother in the family home, while the father moved elsewhere. The parents remained on good terms, and neither of them criticized each other in front of the children. The family did not disintegrate, but only reduced the number of its members by one person.

"I've learned that sometimes relationships don't last forever, despite everyone's good intentions," Aronki says. "It's easy to criticize each other, but ending the relationship with love and respect will be better for you in the future."

She never knew why her parents' marriage ended, but it didn't matter.

Aronki asserts that the rest of her childhood was happy. But the next lesson she received in love was painful.

Arunki tips to beat Broken heart on separation (there is more in the article):

When Aronki was an 18-year-old law student, she fell in love for the first time, and the person she loved was a classmate and close friend.

But there was a problem. Her boyfriend wanted to have sex with her, but she wasn't ready for that.

"I wasn't convinced to have sex before marriage," she says.

One day she decided to go to his house to surprise him, and saw him kissing another woman.

"I felt like my heart was broken," she says. "I hurried to leave his house, and I thought he would follow me."

After days of silence, I received a letter from him.

"He told me he had found his 'gem', and that I no longer had any part in his life."

His rejection had a profound effect on herself.

"I felt ashamed. I felt like my whole world had collapsed around me."

Aronki abstains from going to her college for two weeks. Crying crying. She is afraid that she will meet him by chance, so she remains in her dwelling.

Her friends visit her and they tell her that better options await her outside the house.

One day, her mood suddenly improves, and she feels she can go out of the house. She has to continue studying for her lawyer's degree, and she has friends with whom she can spend quality times. You walk out the door to come back to life again.

Her two-week isolation was of great benefit. She even felt that they could become friends again over time.

"I'm glad I let myself cry," she says. "It was a useful lesson, and crying helped me get rid of the pain."

17 years later, Aronki watches with horror Mary's father cursing his wife and daughter who are kneeling at his feet.

“He was uttering words that I can’t even remember,” Aronki says. “I erased them from my memory, but they were disgusting.”

Shortly before that, she herself had gone through a divorce, but it didn't turn into the public humiliation she had just witnessed.

I wondered how a woman in her sixties could kneel at the feet of a man who was clearly abusive, and beg him not to leave her?

Then the image appeared clear in front of her eyes.

"The prevailing culture supports the husband's subjugation of his wife. If I had not seen it before, I must have seen it at that moment."

Aronki remembers the people who told her that her focus on her job had caused her marriage to fail. At the time, she was trying to ignore the rumours, but it was painful.

When her parents separated, all eyes were on her mother, and there were questions about what she could have done to prevent her husband from alienating her. Society required a woman to remain in an unhappy or even abusive relationship, and gave her no guidance on how to get out of that relationship and begin to live a prosperous and balanced life.

So, on that day, as she left the courtroom where Mary's mother had been divorced, Aronki made the decision to help people adjust to the end of their relationships in the most dignified manner possible.

Arunki is one of a subset of relationship counselors called "breakup counselors" - counselors who are trained to help people break out of the cycle of grief and pain that follows the end of a relationship.

This operation is carried out under the cover of secrecy.

“I get messages from people who don’t follow me publicly on social media, which shows that there is still a sense of shame associated with ending relationships,” Aronki says.

But there is certainly a market for separation counseling.

Arunki charges 150,000 Nigerian naira (about $365 USD) for three sessions. She says she begins by making a plan for her clients on how to get their lives back to normal. She adds that the first two weeks are very important. Aronki encourages her clients to cry, to stop following their ex-partners on social media, and to ask a trusted friend to stop them if they try to contact him.

She says, "Your brain will fool you with excuses that you need to call him. Don't listen to him, he is lying to you. If necessary, give your phone to a friend."

“Losing a relationship is heartbreaking, and it's a very difficult experience, especially if you haven't had it before. You don't need to say anything at all - just being with family and friends may help. The two most important things to remember are that you don't have to go through this alone, and that the heart heals with time. This difficult period will pass, so live it minute by minute, hour by hour, and gradually your wounds will heal."

- Holly Roberts, consultant with Relate, a charity that advises on family relationships

One of the unusual tips Aronki gives is to change the name of the person you broke up with when referring to them.

"If his name is Stephen, call him Robert when you talk about him. You might be less angry and more objective about Robert."

Aronki then advises her clients on developing long-term strategies.

“Money and possessions are usually common and mixed in relationships, and there is a need to separate them. It's complicated, and people need to get help to deal with it."

Aronki helps women sort out their finances and budget to cope with living on their own.

Aronki says she receives criticism online from people who say: "Of course this woman wants to break up families because she is a divorced woman." She adds that these comments do not bother her, as she has a life partner, and even if she was single, this would not have affected her.

"I'm happy either way," she says. "Isn't that what matters? There is light at the end of the dark tunnel. Sometimes the end of a relationship is an alarm bell that teaches us how to build better relationships in the future."