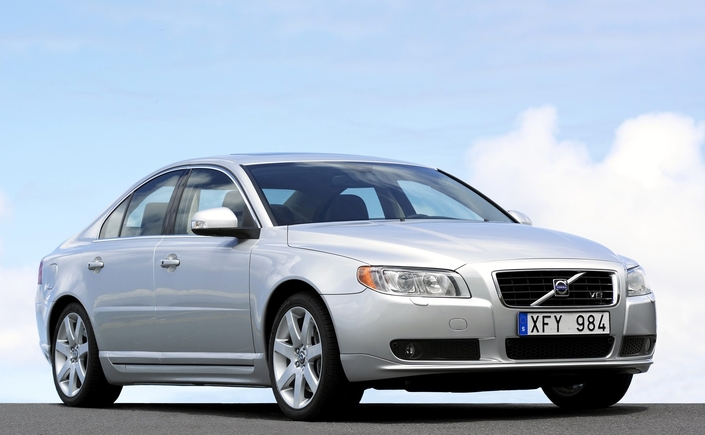 These are cars of particular interest, therefore deserving of preservation. Not necessarily old, they nevertheless exist in defined quantities, either because the manufacturer has decided so, or because their production is stopped. Then, they take advantage of features that make them especially desirable: an engine, a chassis, a design, or a concept. Finally, they are likely to see their rating increase. An additional argument to collect them before everyone else!

Why is the Volvo S80 V8 collectible?

A very special car without looking like it, the S80 is the only Volvo sedan to have ever received a V8. In this case, an engine of original design, which owes nothing to Ford, then owner of the Swedish brand. On the contrary, it was designed with Yamaha (who made it) and it has only been found in one non-Volvo badged car: the English supercar Noble M600. The S80 V8 was only produced for a few years and at less than 10,000 units, which makes it a machine mainly run by connoisseurs.

Although it has been producing large sedans for decades, which it sells for the most part in the USA, Volvo has always lacked a V8 in its car range. He wanted to remedy this in the early 2000s, when he belonged to Ford, but borrowing an 8-cylinder from the latter would have been too easy. Unless it is the opposite… Indeed, the Swedish manufacturer intends to install its future V8 transversely, which poses problems of space.

The US V8s are almost all open at 90°: besides being optimal for the firing order, it limits the height but increases the width. Problem, it does not fit everywhere, in any case, not under the hood of Volvo designed as tractions at the base. This is the case of the XC90 and S80, using the manufacturer's P2 platform. So, this one uses an engine manufacturer who has already proven itself with certain Fords: Yamaha.

They are co-developing a reduced-aperture, 60° V8, named B8444S. Made in Japan, this engine is distinguished by its slightly offset cylinder banks and its balance shaft, two features intended to soften its operation. In addition, this 4.4 l benefits from 32 valves and variable valve timing.

First launched in the XC90 in 2004, it also appears in the second-generation S80 sedan, which appeared in 2006. It produces a handsome 315 hp, and is mated to an Aisin six-speed automatic transmission. And, to be sure to pass all the cavalry on the ground, we have planned an all-wheel drive with Haldex coupler. By default, 95% of the torque passes through the front axle, so 5% on the rear, a figure which increases considerably when needed.

Despite its weight exceeding 1,800 kg, the Volvo S80 V8 is very fast (250 km / h maximum, 6.5 s peak). Moreover, it has a plethora of equipment. In the basic Momentum version, dual-zone air conditioning, leather upholstery, cruise control, parking sensors and 17 alloy wheels are standard... The Summum adds electric seats, xenon headlights and GPS, which The Executive comes complete with a more advanced sound system with DVD screens in the rear seats and a sunroof, among other amenities. Surprisingly, blind spot monitoring remains optional. At €57,000 in Momentum (current €68,000 according to INSEE), €62,300 in Summum (current €74,300 according to INSEE) and €68,650 in Executive (current €81,900), the Swedish is very expensive , but less than its German rivals.

Only, it will not evolve. Why ? Because the Chinese of Geely, which bought Volvo in 2009, decided to remove this engine, in order to rationalize the offer. Thus, the S80 loses its V8 during its 2010 restyling. Too bad.

How much does it cost ?

Which version to choose?

You might as well have fun, given the low price difference, and simply opt for the richly equipped Executive.

All of them, as soon as they are in perfect original condition and have a very low mileage. With, of course, a plus for the Executive.

Very well made, the Volvo S80 displays enviable reliability. However, there are electronic bugs as well as problems with Bluetooth, but nothing serious. That said, lots of electronic updates have been scheduled aftermarket, make sure the car has been regularly serviced by the manufacturer. In addition to the engine, the Haldex gearbox and differential must be drained before 100,000 km.

On the XC90 V8, there were concerns with the intermediate shaft, a point which has been improved on the S80. So much the better, because it is expensive to change! The distribution, by chains, does not pose any particular concerns, and in general, maintenance on this compact V8, therefore accessible, remains easy (spark plugs, accessory belt, access to the oil level of the box).

It's always a pleasure to sit in an old-fashioned Volvo, equipped with ultra-comfortable seats and relatively clear ergonomics. What we feel good on board cockpit pleasantly designed and very well finished!

That said, it's still at the start that we feel the most pleasure, with this V8 which sounds divinely good. It's soft at the start, then asserts itself as you rev ​​up, eventually delighting the ears with a typical roar as you approach the red zone. What an engine! It provides, in addition, very vigorous accelerations and pick-ups. That said, the box, which is sometimes very slow, does not support it perfectly.

Nothing to complain about on the chassis side: the three-position controlled damping promotes a very good comfort/body maintenance ratio, even annoying percussion occurs in the hardest mode. Adhesion and motor skills reach an excellent level, the precision is more than enough and the general balance does not arouse any criticism. Obviously, the car remains a bit clumsy, but it's not a sports car, and it brakes very well. Consumption remains: 13 l/100 km on average. You have to plan a budget…

In the rare Volvo saloon series, there is the S90, the ultimate evolution of the 760, which appeared in 1982. This had already been transformed into the 960 in 1990, adopting, for example, a multi-link rear suspension that was very beneficial to road handling. In 1992, it welcomed a new 6-cylinder, and in 1994, its rear part was redesigned (finally tilted bezel!).

Under the hood of the S90, the excellent 2.9 l 6-cylinder in line, developing 180 hp or 204 hp, remains and is enough to make it go over 200 km/h. In the passenger compartment, the finish is very robust, the presentation outdated but attractive, the equipment rich and the roominess important. This very traditional Volvo, both in terms of its angular design and its rear-wheel drive, which it will be the last to sport, disappeared in 1998, replaced by the 1st generation S80. From €5,500.