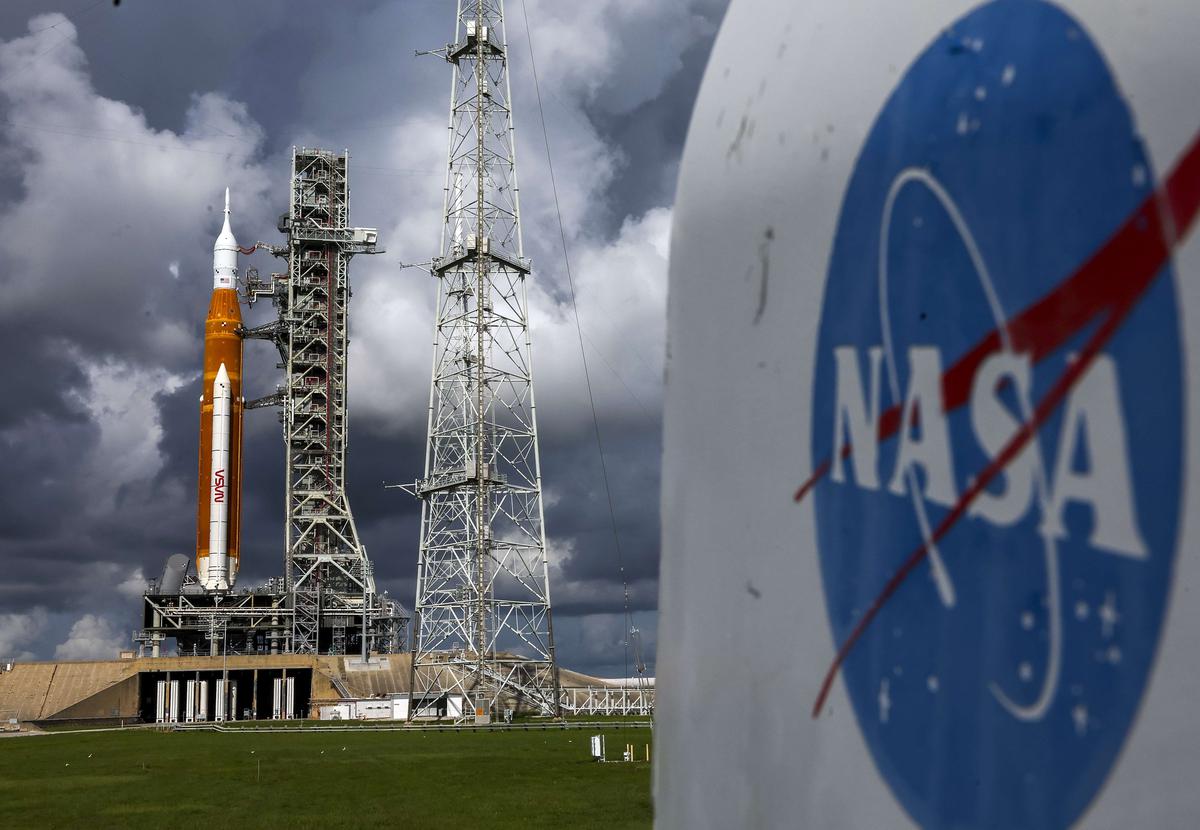 Weather conditions are 60% favorable at the start of this shooting window, then gradually improve to 80%. “Our team is ready, they are better at every attempt,” said Jeremy Parsons, ground equipment manager at the space center, on Friday. If the weather and material conditions are met, “it is clear that we will take off”.

In the event of a new impediment on Saturday, take-off could possibly be rescheduled for Monday or Tuesday. It will then be necessary to wait until September 19 at the earliest, because of the positions of the Earth and the Moon.

The purpose of this unmanned mission, named Artemis 1, is to verify that the Orion capsule, at the top of the rocket, is safe to transport astronauts in the future.

Thanks to this new vessel, the American space agency intends to reconnect with distant human exploration, the Moon being 1,000 times further away than the International Space Station. Above all, NASA intends this time to establish a lasting human presence there, in order to make it a springboard for a trip to Mars.

In the middle of the long weekend in the United States, up to 400,000 people are expected to admire the take-off, especially from the surrounding beaches. A host of astronauts also made the trip, including Frenchman Thomas Pesquet.

The filling of the rocket's tanks with its cryogenic fuel, about three million liters of liquid hydrogen and oxygen, should begin in the early morning. On Monday, a leak had been observed at this stage, before an engine cooling problem ended up canceling the launch. NASA has since worked to resolve these issues.

If successful, two minutes after takeoff, the boosters will fall back into the Atlantic. After eight minutes, the main stage will detach in turn. Then, after about an hour and a half, a final push from the upper stage will put the capsule on its way to the Moon, which it will take several days to reach.

The trip is expected to last about six weeks in total. Orion will venture up to 64,000 kilometers behind the Moon, farther than any other habitable spacecraft so far.

The main purpose of Artemis 1 is to test the capsule's heat shield, the largest ever built. On its return to the Earth's atmosphere, it will have to withstand a speed of 40,000 km/h and a temperature half as hot as that of the surface of the Sun. In total, the ship must travel some 2.1 million kilometers until it lands in the Pacific Ocean.

The complete success of the mission would be a relief for NASA, which originally counted on a first launch in 2017 for SLS, and will have invested by the end of 2025 more than 90 billion dollars in its new lunar program, according to a public audit.

The name Artemis was chosen after a female figure, the twin sister of the Greek god Apollo -- echoing the Apollo program, which sent only white men to the lunar surface, between 1969 and 1972.

This time, NASA wants to allow the first person of color and the first woman to walk on the Moon. As if to accentuate the symbol, it is the first woman launch director at NASA, Charlie Blackwell-Thompson, who will give the final “go” for takeoff on Saturday.

After this first mission, Artémis 2 will carry astronauts to the Moon in 2024, without landing there. An honor reserved for the crew of Artemis 3, in 2025 at the earliest. NASA then wants to launch about one mission per year.

It will then be a question of building a space station in lunar orbit, baptized Gateway, and a base on the surface of the Moon.