5 new crown patients died without being vaccinated, 1 of them did not have injections 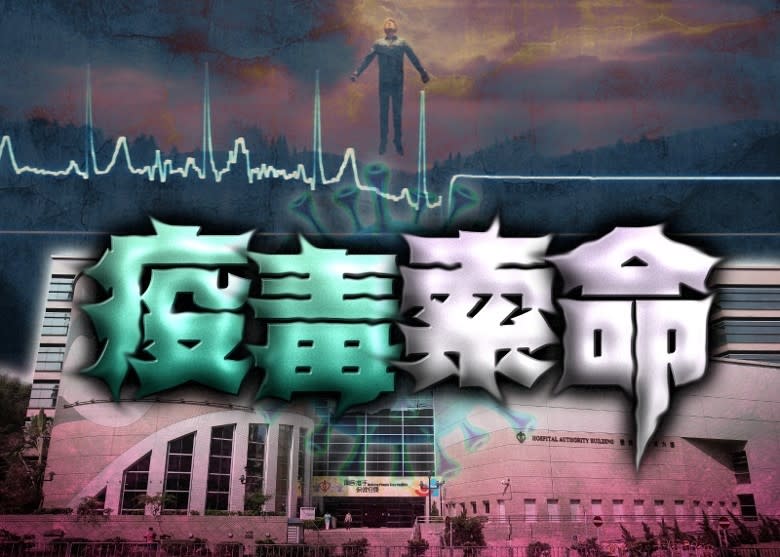 [on.cc East Net News]The new crown pneumonia epidemic in Hong Kong continues. Hospital Authority Chief Administrative Manager (Quality and Standards) Lau Ka Hian announced today (20th) that 5 more patients have passed away in the past day, including 1 male and 4 females, aged between 55 and 99, all of whom have not completed their vaccinations. Among them, 1 person did not get 3 injections, and a total of 9,389 people died. Among the patients still in hospital, there are 40 critical and 27 critical patients, of which 12 critical patients are receiving intensive treatment.

In terms of death cases, an 89-year-old man who had received 2 injections had long-term illnesses, including high blood pressure, stroke, heart conduction problems and anterior line hypertrophy. He went to the emergency department of Queen Elizabeth Hospital on Wednesday (17th) for consultation , continued to cough for several days, was weak and had difficulty moving. After a rapid test, he was found to be infected, with a CT value of 16.9 and a high viral load. He was transferred to the internal medicine ward on the same day, and passed away the next day. Another 99-year-old female deceased who had received 2 injections, who had undergone gastric surgery and cut off part of the viscera, went to the A&E department due to foot ulcers this Wednesday. The amount of virus was low, but he was later transferred to the internal medicine ward and found to have flowers in his lungs. Yesterday (19th), his heart stopped suddenly, and the first aid was invalid. He passed away on the same morning. Another 55-year-old female deceased who had received 2 injections had terminal bowel cancer. She was tested for the virus last Saturday (13th), but the records at that time did not show that she had visited the outpatient clinic or took medicine until this week. On the fourth (18th), the blood oxygen measured at home was also low. He went to the emergency room for consultation. The CT value was 21, and the virus load was high. He passed away yesterday.

In addition, a 90-year-old female deceased who had received 2 injections had many chronic diseases, including high blood pressure, coronary heart disease, heart failure, stroke, skin cancer, arrhythmia, and cognitive impairment. This Wednesday, she suffered from shortness of breath and hypoglycemia. He went to the emergency room for medical treatment and was diagnosed with a quick test. The CT value was 16.7 and the virus load was high. He passed away yesterday. The last one was an 84-year-old female deceased who had no injections. She had high blood pressure, blood lipids, and coronary heart disease. She went to the A&E department on July 30 because of weakness on the left side of her body. A quick test found that she was infected. The CT value was 20, and the amount of virus was relatively high. High, and then went to the internal medicine ward, with flowers in the right lung, stroke and myocardial infarction, and had been prescribed oral medicine. Although the virus volume improved, the CT value once rose to 34, that is, the virus volume was low, but because the deceased itself was different The problem was postponed until yesterday.