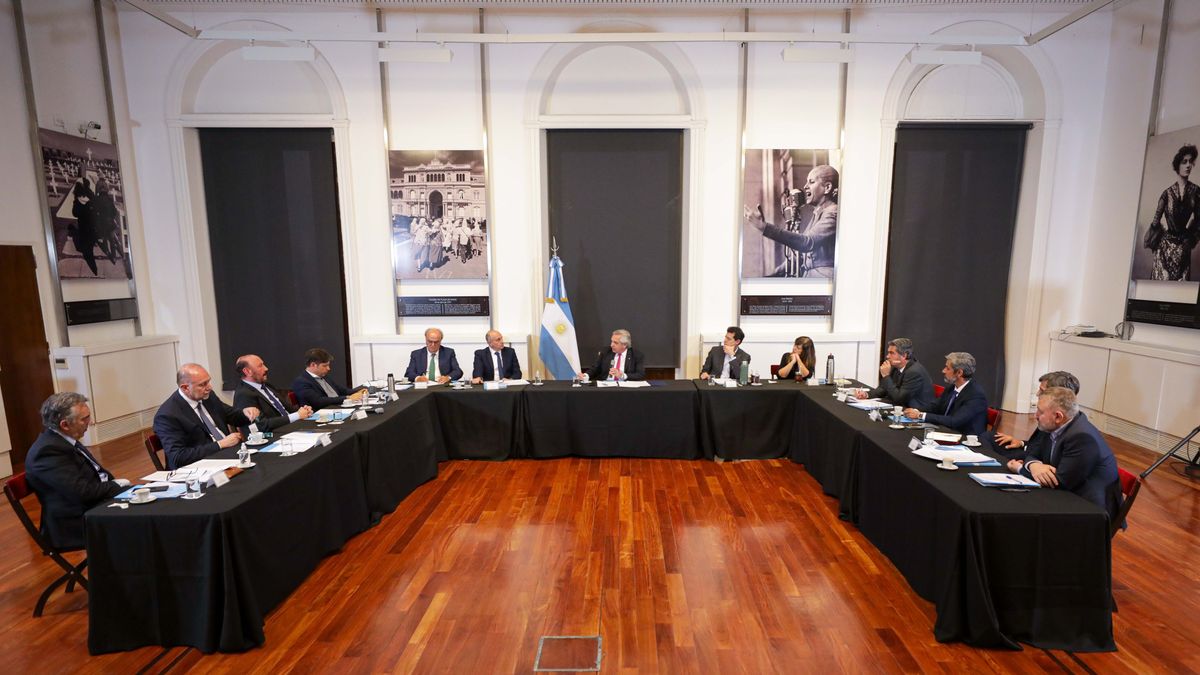 Specifically, the waterway is a natural river transport corridor of more than 3,400 kilometers longwhich extends through the Paraná and Paraguay rivers and allows continuous navigation between the ports of Argentina, Brazil, Bolivia, Paraguay and Uruguay.

This water route represents "approximately 80% of national exports, around 81% of the volume of agricultural exports and 96% of container traffic," the Presidency reported.

Previously, Fernández led the signing of the agreement for the construction of a bi-provincial aqueduct between Santa Fe and Córdoba, and is leading a meeting for the Paraná-Paraguay Waterway.

The first activity ended this afternoon at the Casa Rosada and was attended by the Minister of Economy, Serge Massa; The chancellor, santiago cafiero; the governor of Santa Fe, Omar Perotti; the lieutenant governor of Córdoba, Manuel Calvo; and ambassadors.

The interprovincial aqueduct It will carry water from the Paraná River to central and western districts of Santa Fe and northeast of Córdoba. The work will benefit more than a million inhabitants of 83 towns of both provinces and part of the money needed for the construction will be financed with a contribution from the Kuwait Sovereign Fund.

"The project includes the water intake work and the water treatment plant that will be located in the vicinity of the Santa Fe town of Corondafrom where a main aqueduct will be developed to Saint Martin of the Broom and then to the Cordovan city of San Franciscowith a total length of 143.7 kilometers," informed the Presidency.

Perotti thanked the financing of Kuwait

"Today the guarantees were formalized by the Nation for the financing that both jurisdictions will receive for the execution of the biprovincial aqueduct in its first phase," said Perotti. "The challenge that we have taken on in this undertaking of great magnitude has to do with the commitment to continue working so that all the inhabitants of our provinces have drinking water", he added.

Likewise, the politician thanked the help of other nations in this type of project: "The financing of Kuwaitthe accompaniment of emiratesof Qatar y Saudi Arabia with its ambassadors, is the reflection of the other phases that we are going to seek financing and that we have started with all these countries to carry out the work".