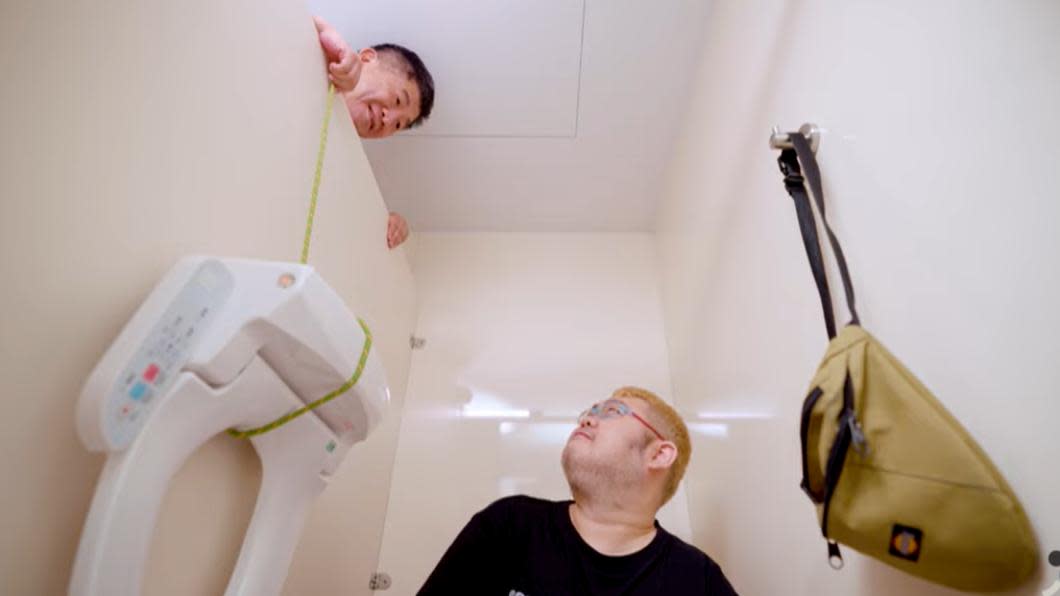 Chen Shizhong, the Democratic Progressive Party's candidate for mayor of Taipei, announced today (3rd) that all public toilets in Taipei City will be replaced with non-treatment toilets in the future. However, the bizarre scene of Chen Shizhong's "peeping in the toilet" in the film caused netizens to scold. In this regard, Chen Shizhong said in an interview in the afternoon that we have received some feedback and have some opinions on some parts of the film, and we will immediately make relevant corrections.

Chen Shizhong released a publicity video for the policy of setting up public toilets without treatment. In the video, the four-forked cat was shocked when he went to the toilet and realized that there was no toilet paper, so he banged on the next door for help. Suddenly a group of exempt toilet covers fell from the sky. The top of the toilet cubicle looked over and even smiled at the four-pointed cat.

After the video was exposed, it immediately reminded a group of netizens of the horror scene in the South Korean movie "The Furnace", in which the perverted principal peeked at the girl with a probe in the toilet, and they flooded Chen Shizhong's Facebook post, "So scary! Scalp tingling", " Can you stop sticking your head out of the toilet partition? This is really going to be a female nightmare", "This scene is scary and not cute", "The advertisement makes me look like a voyeur, it's okay to think that the polls are not low enough. ”, “The picture with the head poking out from above looks like “The Furnace”...”.

Among them, some netizens made suggestions to Chen Shizhong's team, "Remind not to use memes as propaganda! The picture of the probe from the top of the toilet is the same as the movie "The Furnace", and the story of "The Furnace" is adapted from the South Korean Special Education School The real case of collective sexual assault and abuse of minors, let’s not say that it is not good to use voyeurism as a stalk. The film was originally made to let the audience experience the horror of sexual violence.”, “The policy is well-intentioned, but the script is badly written. Reminds me of a public toilet voyeur. Think a little more about the details of each issue.”

In response to the criticism from the outside world, Chen Shizhong said in an interview in the afternoon that we have received some feedback, and we have some opinions on some parts of the film, and we will make relevant corrections immediately.

Guan Biling said that the political opinion of avoiding the toilet was matched with the film. The creators tried to create interesting effects and made a scene where Ah Zhong climbed the wall and greeted the four-legged cat. As a result, the scene was full of laughter, and the interesting effect came out.

Guan Biling said that the cultural and propaganda department has been very good and has obtained the creator's understanding. "The film has been revised." There are two opinions on whether to change it or not. However, the roles of government decree propaganda and literary drama are different, and most of them are in favor of the revision.

More related news
Chen Shizhong responded to the promotion of the toilet to become "toilet voyeur"
Ke Zhien's post "debate" Chen Qimai: welcome to discuss agriculture and fishery issues together
Number of PhD candidates for county mayor hits record high
Cai adapts to admit that he missed the list of references and was criticized for vaccination
Lin Jialong "eating 3 steamed buns will be poisoned" Hou Ban asks for an apology

The 2022 nine-in-one election starts Who has the highest cross-generation favorability in Taipei City?