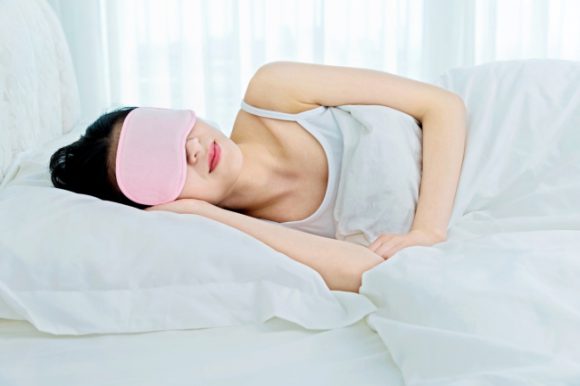 Snoring is not actually a sound from the nose. The uvula, part of the roof of the mouth, and surrounding mucous membranes vibrate and make a sound. It is a breathing noise caused by vibrations around the airways as air passes through the narrowed airways while sleeping. Even light snoring can cause discomfort to others. I don't know about snoring myself. There are quite a few children and women. What's the problem?

◆ Snoring that needs to be pointed out from the side… “Baby, are you snoring?”

Most people don't know about snoring. It is known that 20% of adult males over 40 and 10% of females in Korea have snoring. In particular, women tend to increase before and after menopause. If your child is snoring, watch out for them. Even people who do not normally snore can develop symptoms of illness after tiredness or excessive drinking. If you have snoring, it is important to check for symptoms of sleep apnea, in which breathing stops suddenly.

If part of the airway is blocked while you sleep and you tremble, you will only hear a snoring sound. When the airway is completely blocked, apnea occurs, in which breathing stops repeatedly during sleep. Obstructive sleep apnea syndrome occurs in 4% of men and 2% of women with sleep apnea and excessive daytime sleepiness. Smokers are three times more likely to have obstructive sleep apnea. Recurrent sleep apnea can interfere with sleep. Feeling very sleepy and tired during the day. I have trouble concentrating and have morning headaches. Personality becomes sensitive and depression increases. Above all, the risk of an accident is high when operating machinery, and the risk of a traffic accident is greatly increased due to drowsy driving.

◆ Your child's attention deficit… Why do children snoring?

Snoring is caused by the narrowing of the airways during sleep. In children, it can occur when the tonsils or adenoids (pharyngeal tonsils) thicken and enlarge. Even if there is a problem with the lower jaw, snoring can occur. It often occurs in puberty, when the tonsils and adenoids develop after the age of 2 to 8, and when the weight increases. He is easily irritable, has frequent colds, and has morning headaches and lack of concentration. This is sometimes mistaken for attention deficit hyperactivity disorder. You may feel sleepy during the day and have difficulty learning.

Snoring is more common in men and tends to increase with age. In women, it increases after menopause. Decreased levels of estrogen (female hormones) have an effect. You may gain weight and your blood vessels may deteriorate. Obese people snore 3 times more. The problem is sometimes with sleep apnea, in which breathing stops momentarily. The sympathetic nerve is excited during sleep, which increases blood pressure and causes vascular dysfunction, increasing the risk of vascular diseases such as heart disease (angina-myocardial infarction) and stroke (cerebral infarction-cerebral hemorrhage).

◆ Sleeping on your side with your head elevated is helpful.

It is important to check for sleep apnea when snoring. If you have severe nasal congestion and have trouble working due to excessive sleepiness during the day, it is better to have a polysomnography test. Improving sleep apnea may reduce the risk of stroke and may also reduce blood pressure and weight. Simple snoring does not need to be tested. Snoring and sleep apnea often occur in a supine position. Sleeping on your side with your head elevated can help. I need to lose weight and quit drinking and smoking for a while.