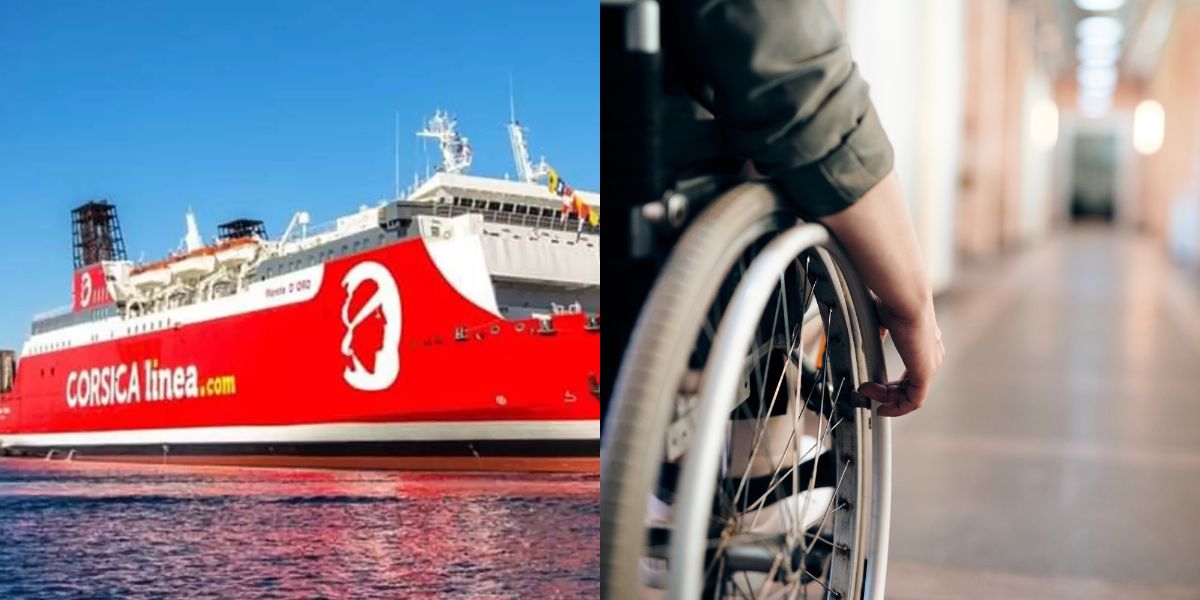 Shipping companies are often criticized for various reasons. Usually, travelers talk about delays, uncomfortable conditions or lack of amenities, but this time, one person comes back to a more difficult case to justify for the shipping company concerned.

It was on board a ship belonging to the French shipping company Corsica that a person accompanied by a relative with specific needs received treatment considered disrespectful.

The person spoke out on social media on Friday, August 19, 2022, telling their story in order to be heard, explaining that they had already communicated this notice to the airline via an email. The woman specifies that she was on board a ship departing from Marseilles for Algiers.

At first, the passenger had a mishap with her car tire which she managed to change thanks to the help of people present on the scene. Following this, she explained the situation to the staff at the entrance and inside the garage who were not understanding.

According to him, they found themselves left to their own devices, forced to "raise the loaded vehicle, with a disabled person, to the 5th floor without help". She adds that ticket control staff no longer "give consideration to people with disabilities".

The arrival in Algiers did not go better

The arrival at the port of Algiers was not easy for the guide and her loved one. Indeed, as mentioned above, the agents who control the tickets did not show cooperation which earned them a two-hour wait in Algiers.

Given the situation, the two passengers had "parked" on the fifth floor. They therefore had to wait for the evacuation of those who were on the 3rd and 4th level to be able to get out and leave the premises. Finally, she closes by expressing her dissatisfaction with the fact that she "will no longer wish to travel with the unpleasant agents of Corsica Linea" under such conditions.