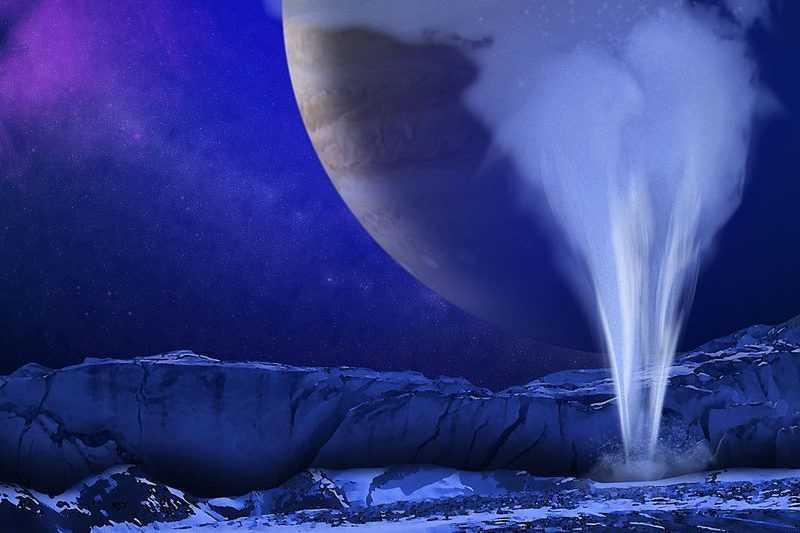 The ice crust of the Galilean satellite may partly consist of underwater snow that floats up instead of falling.

The frozen crust of Europa, one of Jupiter's largest moons, may consist partly of underwater snow that floats rather than falls. This is suggested by the results of a new study published in the journal Astrobiologie by a research team from the University of Texas at Austin which, among other things, is also involved in the development of an ice-penetrating radar instrument that will be integrated into NASA's new orbiter, Europa Clipper, which is due to launch scheduled for October 2024.

According to the researchers, the underwater snow that forms in the ocean of water present under the frozen crust of Europa would move upwards and remain trapped under the ice cap, similar to what happens under the ice floes of Europe. 'Antarctic. And that's precisely by looking at the two main ways that ice forms on Earth – by freezing (the ice that forms by directional freezing on an existing interface) and by crystallization (the “fragile ice” that forms at the interior of the super-cooled water columns) – that the researchers discussed the possibilities of finding these two types of ice in the crust of the European ocean world.

Their observations notably led to the idea that the frozen crust of Europe could be made up largely of underwater snow which forms by crystallization, and therefore of "brittle ice" which, compared to other types of ice, is much purer, indicating that the ice shell of the Galilean satellite may be much less salty than previously thought.

Breaking ice under Antarctic pack ice. This 'underwater snow' could make up a large part of the ice cap of Jupiter's moon Europe / Credit: Helen Glazer 2015, from the 'Walking in Antarctica' project

As the researchers explained, the information from this new study is essential for future exploration of Europa, as salt trapped in the ice can affect what the radar will observe and how far the instrument will be able to see. through the ice crust. " We are interested in the salinity and the composition of the ocean of Europe, because it is one of the things which will regulate its potential habitability or the type of life which could be there.said Natalie Wolfenbarger, a researcher at the University of Texas Institute of Geophysics and lead author of the study.

The ice that forms by freezing is also less salty and, according to Wolfenbarger, like breaking ice, it could otherwise be based on calculations of the size and age of Europe's ice crust, affecting the physical characteristics of the crust itself, has its resistance to the way heat travels through it and the forces that could result in some kind of ice tectonics.

This discovery, say the experts, opens “ to a whole new set of possibilities for thinking about ocean worlds and how they workSaid by Steve Vance, a researcher at NASA's Jet Propulsion Laboratory (JPL) who was not involved in the study. " Prepare the basics of how we could prepare for ice analysis with Europa Clipper« .