Energy crisis - How dependent is Europe on Russia's gas - and vice versa? - News 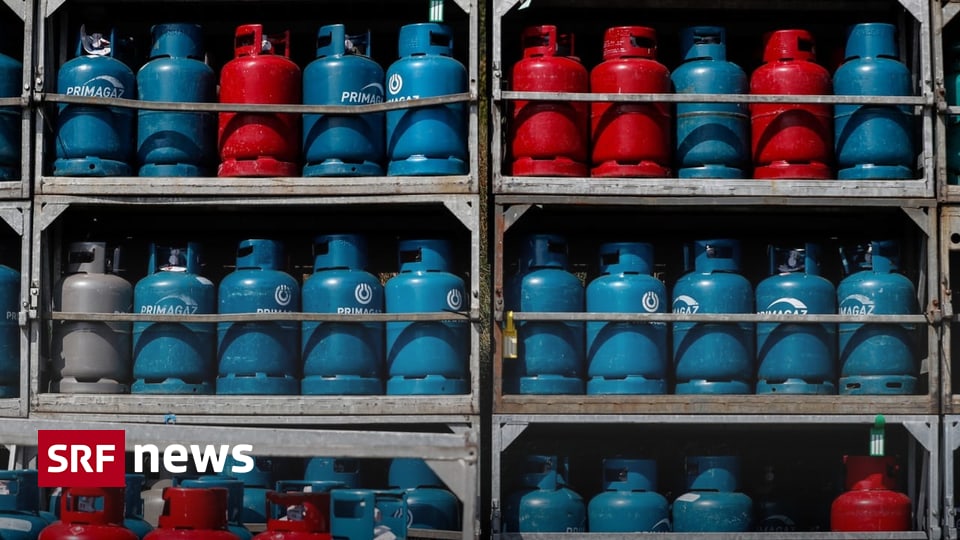 Russia has been reducing gas exports to Europe for months. This has consequences for all parties.

This is good news for Switzerland, which mainly gets its gas from these countries, says Thomas Hegglin, media spokesman for the Association of the Swiss Gas Industry: “One cannot speak of relaxation. But there are positive signals."

Switzerland has also already achieved its goals for the winter: part of the required gas is physically stored in neighboring countries. In addition, Switzerland has contractually secured further gas volumes - in addition to the usual gas consumption in winter.

The gas supply situation seems to be easing a bit at the moment – ​​at least as of today. At the same time, it shows that Europe has greatly reduced its dependency on Russia. The share of Russian gas has fallen from over 30 percent to 10 percent.

Within a few months, Europe changed its gas supply, according to Thomas Hegglin: «On the one hand, you can of course see that LNG, liquefied natural gas, has taken on a whole new meaning. It is imported in all regions of the world."

On the other hand, more gas from Northern Europe and Algeria is coming to Europe. In addition, less gas is consumed; to save gas, but also simply because of the high prices, as Gerhard Mangott points out. He is a professor at the University of Innsbruck and specializes in energy issues and Russia.

«We pay a high price for gas, but from other sources. For example, American liquid gas that comes to Europe is very expensive. We are also paying the price with the fact that there has been a slump in economic production in the overall creation of economic output in Europe," explains Mangott.

However, Europe's transition is not leaving Russia untouched either. According to Norwegian energy specialists, Russia is currently flaring off an unusually large amount of gas. Presumably gas that they cannot export to Europe.

A plausible explanation for Gerhard Mangott: “This has to do with the fact that the production from Gazprom fields can no longer be sold in full on export markets. In order not to damage the gas field production as a whole, excess gas is burned.”

As a result, Russia loses important revenue every day. In addition, the ecological consequences of flaring are serious.

The current situation also shows that Europe is a concentration risk for Russia. Until a few weeks ago, Europe was by far the most important export market for Russian gas. Now that Europe is freeing itself from its dependency, Russia has a problem: "Once that is gone, of course, a significant volume of income will be lost. One is ready to accept that politically. You can partially absorb it from the high income from oil exports.”

Nonetheless, the problem remains. Because Russia cannot simply export its gas to Asia. Efficient pipelines are missing for this, for example. For Europe, the withdrawal of cheap gas from Russia may be painful at the moment. For Russia, on the other hand, an eminently important source of income dries up for a long time.