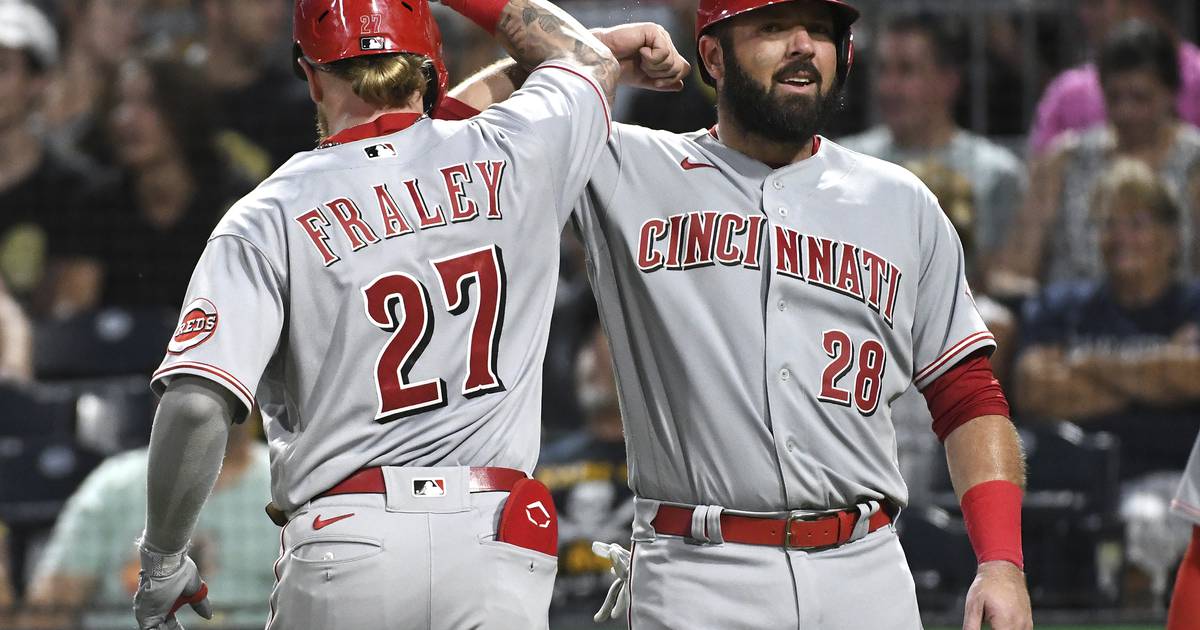 PITTSBURGH (AP) — Jake Fraley hit a two-run homer to cap off a four-run fourth inning, and Justin Dunn got his first win in 16 months, as the Cincinnati Reds won the Saturday at the Pittsburgh Pirates by a blowout of 10-1.

Fraley's sixth home run of the season sent the ball into the Allegheny River, stretching Cincinnati's lead to 5-0.

Dunn (1-1) gave up one run in five innings in his third start since being called up from Triple-A Louisville. He hadn't won since April 15, 2021, when he was a pitcher for Seattle and beat Baltimore in Game 2 of a doubleheader.

In his previous two starts, Dunn had allowed eight runs over 12 innings. This time, he gave up three hits, walked four and struck out four.

Rodolfo Castro hit two hits, including a solo homer in the fourth, for Pittsburgh, which lost for the seventh time in nine games.

For the Reds, Colombian Solano 5-3 with two runs scored and one produced. The Dominican Aristides Aquino 1-1. Cuban José Barrero 5-1 with an RBI.

For the Pirates, the Venezuelan Tucupita Marcano 4-1. The Dominicans Castro 4-2 with a run scored and an RBI, Oneil Cruz 2-0.