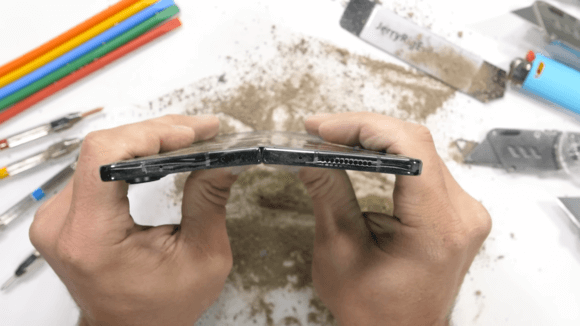 Z Fold4 should be "unbreakable"

The Galaxy Z Fold4 is touted as "unbreakable" in the US, but Nelson did his best to disprove that claim in a roughly 10-minute video.

Is the device also dustproof?

In the video, Nelson tested the device's dust resistance by covering it with sand, and the screen worked just fine. No matter how much I tried to squeeze sand between the hinges, it never got inside the device.

Resistant to both horizontal and mountain folds

Nelson continued testing by trying to fold the Galaxy Z Fold4, but found that folding the device sideways with the device closed,Withstands mountain folds on hingesThe result was derived.