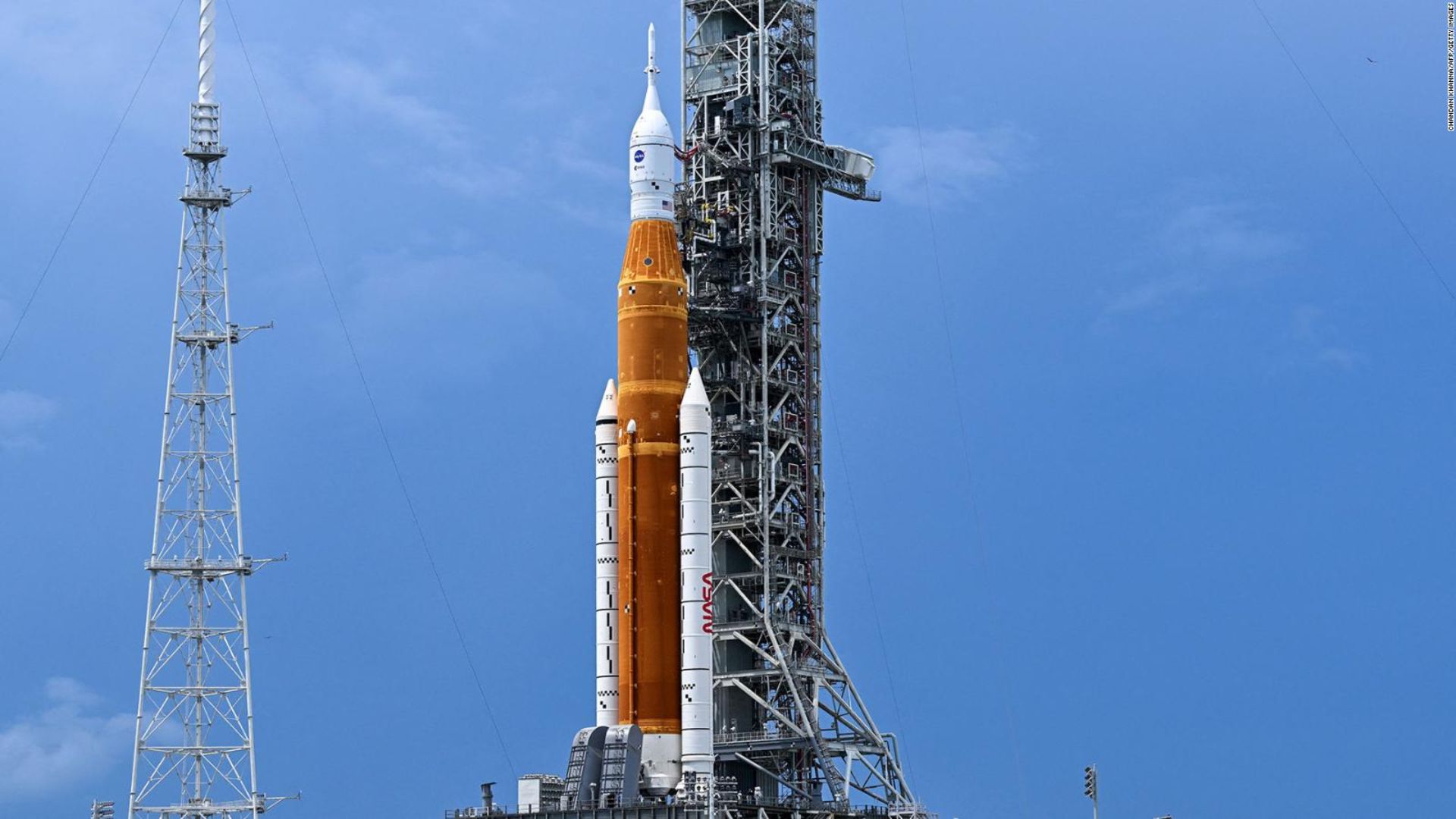 (CNN) — The launch team of the Artemis I mission is preparing for another countdown that will begin this Saturday morning, after a series of problems prevented its takeoff on Monday.

The launch window opens at 2:17 pm ET and closes at 4:17 pm ET on Saturday. Currently, weather conditions are 60% favorable during the launch window, according to the head of meteorology Melody Lovin who foresees that the weather will not be an "obstacle" for the launch.

The Artemis I stack, which includes the rocket from the Space Launch System and the Orion spacecraftcontinues on Launch Pad 39B at the Kennedy Space Center in Florida.

Although the launch is not guaranteed this Saturday, "we're going to try it," Mike Sarafin, director of the Artemis mission, said during a press conference Thursday night. And while the launch team will take a little more risk heading into the launch attempt, those are acceptable risks that the team is comfortable with, Sarafin said. The Artemis I mission is unmanned.

Read also: Artemis I: The figures behind the monumental feat

One of the areas where the team is taking more risks is the conditioning of the #3 engine, which contributed to the blocking of the launch attempt on Monday (Aug 29). Another is a crack in the core stage intertank foam, which could rupture and hit part of the solid rocket booster, but the team believes the chances of that happening are very low, according to Sarafin.

It's "a minimal increase in risk," Sarafin said, but "clearly we're ready to fly."

“We had a plan for the launch attempt on August 29. It used the sensors to help confirm proper thermal conditioning of the engines. We had trained that plan, and then we ran into other problems,” Sarafin said.

“We went off script in terms of normal tank operation, and the team did a fantastic job managing a dangerous condition. One of the worst things you can do when you're in a dangerous situation is go even further off script."

After reviewing the data, the team has a plan to move forward with the launch.

Work was carried out on the launch pad to fix two different hydrogen leaks that occurred on Monday. The team also completed a risk assessment of the engine conditioning problem and a foam crack that also appeared, according to officials. NASA.

What happened on the first launch attempt?

On Monday, a sensor in one of the four engines Rocket's RS-25identified as engine no. 3, reflected that the engine could not reach the proper temperature range required for the engine to start at takeoff.

The engines must be thermally conditioned before supercooled propellant flows through them prior to takeoff. To prevent the engines from experiencing temperature shocks, launch controllers increase the pressure of the core-stage liquid hydrogen tank to send some of the liquid hydrogen to the engines. This is known as "purging."

Now the team has determined that it was a faulty sensor that provided the reading.

“We had time to go back and look at the data and compare many data sources and do some independent analysis that confirmed that it is a faulty sensor,” said John Honeycutt, SLS program manager at the Marshall Space Flight Center NASA in Huntsville, Alabama. “We are passing a good quality propellant through the engine.”

On launch day, the team will ignore the faulty sensor, he said. John Blevinschief engineer of the SLS.

The rocket's automated launch sequencer checks temperature, pressure and other parameters. The faulty sensor, which is not part of the sequencer, is not considered a flight instrument, Blevins explained.

How to see the launch of Artemis I this Saturday?

The team plans to start the purge earlier in the countdown than what happened on Monday. The countdown to launch will resume on Saturday at 4:37 am ET during a planned delay. At that time, mission managers will receive a weather briefing and decide whether the team should proceed with loading propellant into the rocket. The purge is expected to occur around 8 a.m. ET, he said. Charlie Blackwell-ThompsonArtemis launch manager for NASA's Exploration Earth Systems Program.

The two-day countdown is no longer necessary, unlike the first launch attempt, "because many of the configurations necessary for launch are already in place," according to NASA.

NASA suspends launch of Artemis I due to technical problems. When will be the next liftoff window?https://t.co/Hdl3v7syj6

NASA's live coverage will begin at 5:45 am ET on its website and on its television channel. “We have to show up, be prepared and see what the day holds for us,” Sarafin said.

If the mission succeeds in launching on Saturday, it will make a trip around the Moon and splash down in the Pacific Ocean on October 11. In case it is not achieved, the Artemis I mission could also launch on September 5.

The Artemis I mission is just the beginning of a program that aims return humans to the moon and, eventually, landing manned missions on Mars.