Image cultivation through cultural promotion: Vonovia buys into the museum 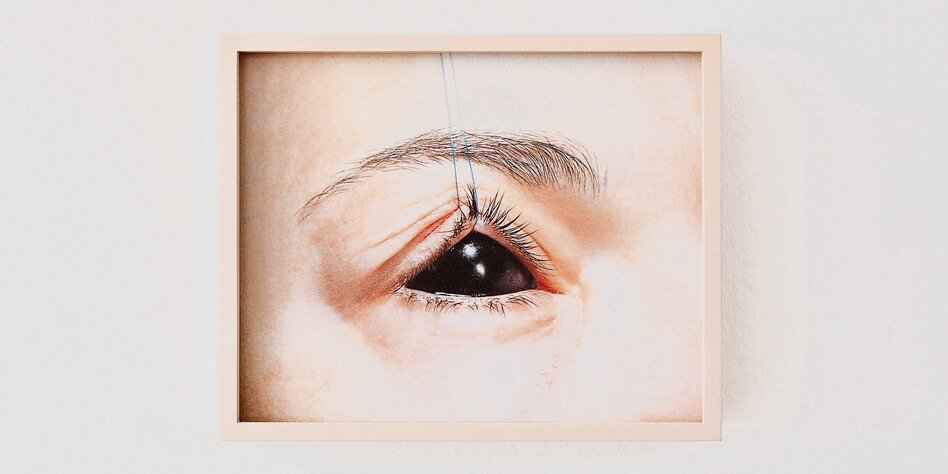 The controversial housing group Vonovia has been offering a photo prize since 2017. Now, with the Sprengel Museum, a large building is showing the work for the first time.

At home in your own body – or rather unhomely? Work from the award-winning Supernature series Photo: Karina-Sirkku Kurz / Vonovia

"Deutsche Wohnen" and "Vonovia": Both are housing groups, both are in the German stock index DAX, so they are among the 30 most important and most liquid corporations in this country. Both were created after 1990, when municipal and non-profit housing companies sold their holdings under neoliberal auspices.

According to its own information, Vonovia has over 500,000 apartments at 400 locations in Germany alone, and Deutsche Wohnen has over 140,600 apartments. While a referendum in Berlin with the catchy slogan “expropriate Deutsche Wohnen” wants to put an end to the local “rent madness”, Vonovia is less the focus of political activism.

Is it perhaps due to the fact that the group is not only a sponsor in the German soccer league, but is also very adept at playing the piano for art promotion – and thus knows how to keep fronts from this direction in check? This business area includes the “Award for Photography”, which has been presented annually since 2017. This is aimed at professional photographers who, in addition to a relevant degree, must provide proof that they can earn at least half of their livelihood through photography.

But the prize is also open to up-and-coming photographers, no older than 26, in vocational training, studying or in their first two years of work in a separate category. Three prizes will be awarded for the best photo series and an award for young talent.

“Vonovia Award. home no 5”: Hannover, Sprengel-Museum, until October 30, from September 29 also with the works of the prizewinners of the year 2022. Award ceremony: September 29, 6.30 p.m

The promoter is silent about the number of submissions, but the statutes stipulate that 25 finalists are nominated for the series and eight for young talent, which obviously never causes problems. Thanks to the sponsor, the topic has been "at home" from the start - but just as obvious: with a wide range of possibilities for interpretation.

What was also new in 2021 was that for the first time all four awards went to female photographers. With Julia Autz, who lives in Berlin, a woman who is not unknown in the north has received the award for the best series. Excerpts of her work “While I was waiting”, written from 2017, were already on view at the Braunschweig Museum for Photography at the beginning of the year, as part of an exhibition by younger photographers on protest cultures and digital worlds.

According to the jury, her “eminently political work” documents divergent youth cultures in Belarus, her persistence between rebellion and the state authorities' repressive mechanisms of suppression. Autz finds a restrained visual language that opens up a wide aesthetic space for her emotional world for her protagonists, "a hopeful waiting for change," says the photographer.

In her series “Supernature”, the second prizewinner, Karina-Sirkku Kurz, explores the question of how far we accept our bodies as home or whether we prefer to reshape them into optimal housing through plastic surgery. She also wrote slightly surreal still lifes.

Third place winner, Jana Sophie Nolle, staged temporary shelters for the homeless from street materials in the living rooms of well-to-do people in San Francisco and Berlin. Young talent Sarah Grete accompanied her mother to the places of her childhood, around a farm in southern Germany.

It all comes across as quite worn. But you only have to look around among the finalists to discover something more humorous and ironic. Maria Mavropoulou, for example, sees bright screens in dark rooms as representative of our lifeless culture of communication. For “Inges Fragmente” Matthias Jung portrays an obviously manic collector surrounded by thousands of her kitchen utensils. And Wolfgang Fröhling documents the timeless and, as always, fruitful topic of what happens when the owners of semi-detached houses are attacked by the creative instinct for self-realization: "My half", of course!