[날씨] The intensity and scale of the record-breaking ... Typhoon 'Hinnamno' prepares to head north in earnest 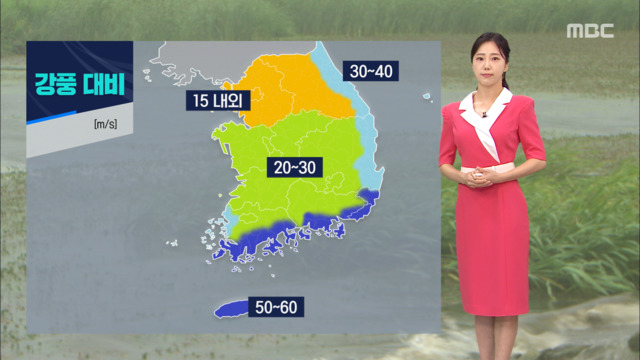 Typhoon Hinnamno, the 11th typhoon, is preparing to head north into Korea.

It's still a threat because it's likely to be unprecedented in intensity and scale.

It is located off the east coast of Taipei, Taiwan.

The speed is slightly faster than in the morning, but it is still moving north at 11 km/h, which is still relatively slow.

It will develop more and more during the night, and the speed seems to be getting faster and faster.

As expected, it is highly likely that it will pass the sea off Jeju at dawn on Tuesday and land near the coast of Gyeongnam during the morning of Tuesday.

It seems that it will maintain a strong power even after passing through Korea.

From tomorrow afternoon, a typhoon warning will begin to be issued from the distant sea outside the southern part of Jeju.

On Monday, typhoon warnings begin to be issued from Jeju and the southern regions, and it seems that most other regions of the country will be directly affected by the typhoon.

Even before the typhoon approached, a lot of rain had already concentrated around Jeju and the southern coast.

The amount of rain expected in the future, up to 600 or more in the mountainous areas of Jeju, and additional water bombs of more than 400 mm are expected to fall further on Jeju and the southern coast, near Jirisan, and on the east coast of Gyeongsang.

It is expected that it will rain 100-300mm in Seoul and other parts of the country.

Rain is raining, but strong winds are also a problem.

Between Monday night and Tuesday, gusts of 50 to 60 per second, or 180 km per hour, will blow in the vicinity of Jeju and the southern coast.

Also, strong winds are expected in the metropolitan area even if the typhoon is not directly affected by the typhoon.

So far, it has been reported by the Meteorological Center.