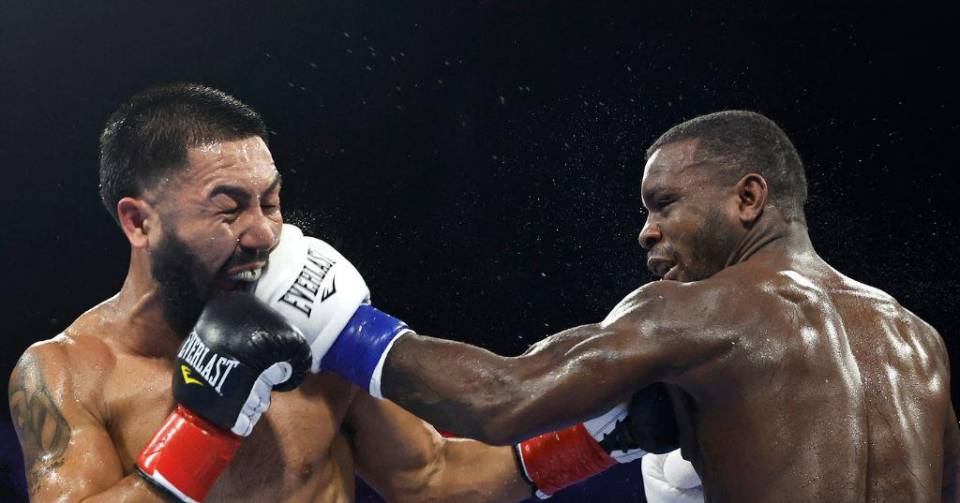 CALIFORNIA, UNITED STATES.- Despite presenting himself as a worthy opponent and offering a great fight in the ring, the Honduran boxer, Josec “The Scorpion” Ruiz lost the fight against the American Michael Contreras in the Pechanga Arena from San Diego, Calif.

At the start of the eight-round lightweight fight, both Ruiz and Contreras came thirsty for victory, hitting each other with accurate blows, but it was the American who managed to tip the scales in their favor.

OF INTEREST: Josec "El Escorpión" Ruiz: "Boxing is the bridge that God put in my life to save me"

In the first rounds, the fight began with a fairly even process, where both fighters connected good blows, to the point that the attitude of wanting to take the fight by way of knockout between them was evident.

The catracho warrior knew how to defend himself very well against the attacks of the North American, managing to exchange powerful right hands.

With an intelligent defensive attitude, "Caveman" managed to resist the agile blows of "Scorpion" Ruiz and was able to counterattack the initiative carried by the Honduran.

READ ALSO: Historic! Romell Quioto scores a double and continues to grow his name with Montreal

At the eighth round, Contreras maintained the same dynamic and was finally able to take the victory against a Honduran boxer who was not out of tune at any time and showed why he is fighting in the boxing elite.

In the unanimous decision of the judges, the cards went 79-73 and 80-72 in favor of Contreras.

Despite the defeat, boxing experts point out that the meeting between Miguel Contreras and Josec Ruiz in the ring was a great fight, which was finally defined because the American of Latin blood was able to deliver more accurate blows.

ALSO: Diego Vázquez on the duel against Argentina: "It's a beautiful game, I'm very excited and want to enjoy it"