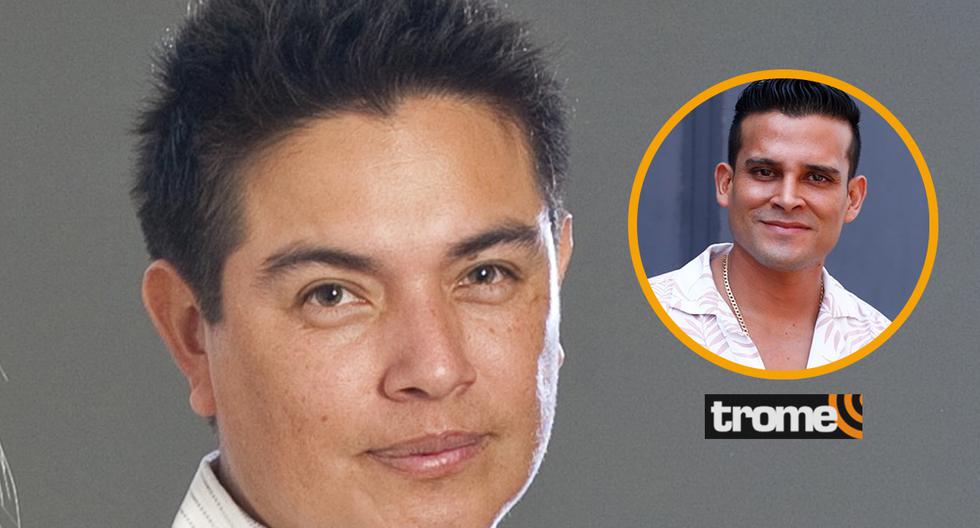 Leonard Leon decided to respond strongly to Christian Domínguez and defend himself against accusations for allegedly not taking charge or seeing his two small children he has with Karla Tarazona. The cumbiambero "exploded" against his colleague, belittling his musical talent.

READ ALSO: Rafael Fernández's father spoke out and denied that he is in his company: "He does not work with me, nor do I know anything about him"

“Keep up your show 'singer shame' when referring to me. I have never cared to talk about you, since I don't need it, ”wrote Karla Tarazona's ex-partner on her Instagram account.

It should be noted that Leonard León has been accused by the same television host of not passing the pension to his two children or going to visit them.

“A good artist, singer, doesn't need that and everything I do in my work, I do it well. compared to you”, he added.

CHRISTIAN ASKS LEONARD TO TAKE ON THE ROLE OF A FATHER

Karla Tarazona has charged in recent months that Leonard Leon of not paying a pension to their children and not visiting them either. About, Christian Domínguezthe host's ex-partner, spoke LIVE on the program "América Hoy" and He also asked the singer to be a present father.

“It has always seemed quite sad to me because they do not have their father, he is absent. I never like to testify about my father because he doesn't reciprocate, but he has always caused me a lot of sadness. I will tell you an infidence, even when Karla and Rafael were married, They keep calling me "Papa Christian", revealed the co-host of 'América Hoy'.

Leonard Leon He got tired of the attacks he has been receiving after he attacked Christian Domínguez, whom he ignored as a singer, and against Rafael Fernández, whom he claimed for having said that he would ensure the education of his children despite his separation from Karla Tarazona.

The singer took to his Instagram stories to share a photo of a helicopter dropping brains into a group of people. "And so people will have a little bit of their own criteria," the cumbiambero wrote next to the photo.

As if that were not enough, he assured that in Peru there is "a lot of ignorance." “That's why the country does not progress!!! More culture and less gossip, there will be fewer people with ignorance”Leonard León noted.

Finally, he asked his critics to investigate further, after many attacked him for not paying a pension to his two children with Karla Tarazona. “Insult and defamation go hand in hand if they do not prove what they say”, warned the singer, implying that he would initiate legal action against his detractors.