Markets: Argentine shares gained up to 5% on Wall Street, despite another sharp drop in foreign stock markets 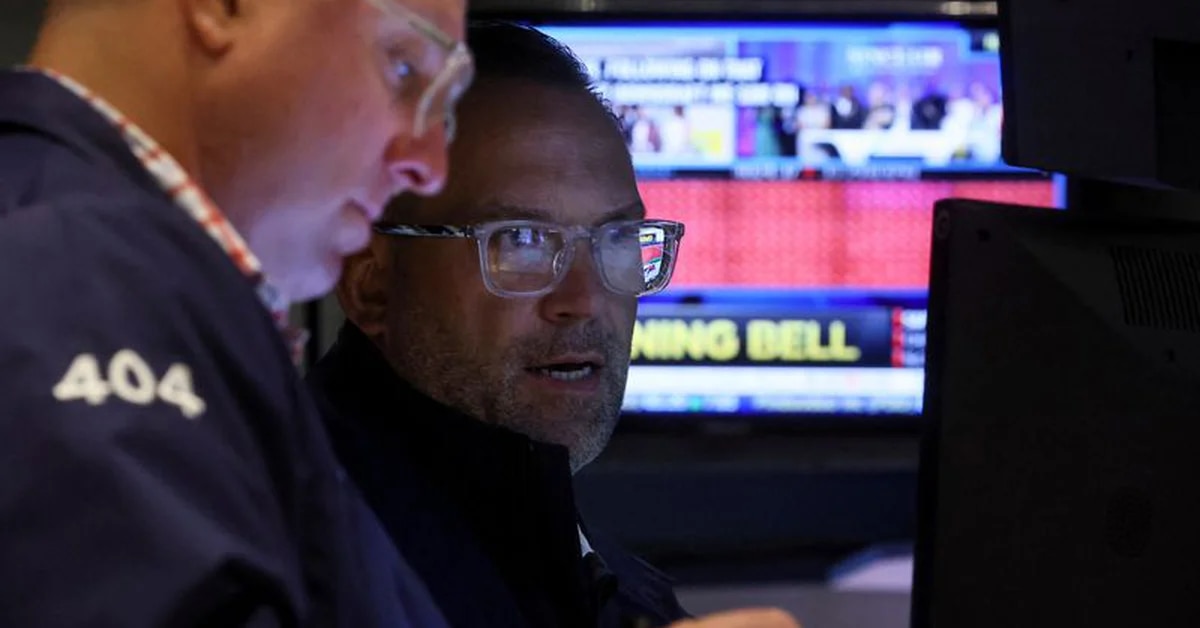 The stock and foreign exchange markets, as well as the bank branches in Argentina, did not open this Friday, given the national holiday decreed by the Executive Power, in repudiation of the attack against Vice President Cristina Kirchner, although the electronic channels will work as they do on holidays. .

anyway yeah Transactions with Argentine stocks and bonds listed on foreign markets were recordedwhere the activity was usual.

Argentine shares that are traded in dollars on Wall Street differed from another day in the red abroad. The indicators of the New York stock exchanges chained four negative wheels, a series that was only interrupted this Thursday, with mixed figures. But this Friday the casualties resumed: the Industrial Dow Jones lost 1.1% and the technological Nasdaq, 1.3 percent. 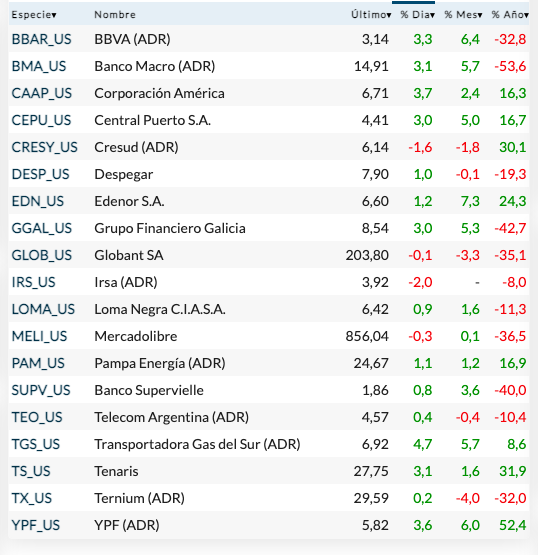 Although the outlook is not prone to investment risk, Argentine securities gain up to 4.7%, led by Transportadora Gas del Sur. It was followed by Corporación América, with 3.7%, and YPF, which rose 3.6%, to 5.82 dollars.

Meanwhile, the dollar bonds ended the week with falls of the order of 0.8% on average for Global titlesstill affected by an international context that weighs the probability of a recession, in the midst of the decisions of many central banks in the world to control inflation.

But in addition, investors await the effects on the local economy of the measures implemented by the minister Serge Massa weeks ago.

The risk country JP Morgan, which measures the gap in return rates of US Treasury bonds with their emerging peers, advanced 28 units for Argentina, to 2,424 points basics at 6:00 p.m.

The Monetary Fund International confirmed that on Monday the technical negotiations with Argentine officials will begin in person, who will travel before the arrival of the Minister of Economy.

The review of goals for the second quarter of the year and the continuity of the program until the end of the year appear on that agenda that will begin next week in Washington, the capital city of the United States.

The Fund confirmed that a meeting between Minister Massa and the Managing Director of the IMF, Kristalina Georgieva, is scheduled for September 12 at IMF headquarters. Massa is also expected to meet with IMF management, including the first Deputy Managing Director, Gita Gopinathand the director of the Western Hemisphere Department, Ilan Goldfjn.

In the US, the markets fell again after a report was released that confirmed the twentieth consecutive month of job growth

The New York Stock Exchanges reversed morning gains against official employment data in the United States that show a less vigorous labor market, giving some investors hope that the US central bank (Fed) will moderate its monetary path.

Unemployment in the United States increased in August by 344,000 people to six million, which raised the unemployment rate two tenths to 3.7%according to data published this Friday by the Bureau of Labor Statistics (BLS, in English).

Job creation slowed in August, with 315,000 new jobs compared to half a million registered in July, according to the Department of Labor. July data was revised slightly downwards to show a increase of 526,000 jobsinstead of the 528,000 previously reported.

Argentine shares accumulated increases of 50% in just over a month and arouse interest on Wall Street
The United States created fewer jobs than expected in August and the unemployment rate rose to 3.7 percent
Dollar: how the holiday decreed by Alberto Fernández affects the free price
Reserves fell due to yuan devaluation and inflation-adjusted bonds soared
https://www.archyde.com/markets-argentine-shares-gained-up-to-5-on-wall-street-despite-another-sharp-drop-in-foreign-stock-markets/?feed_id=4281&_unique_id=6336fcb8c1994
Economy