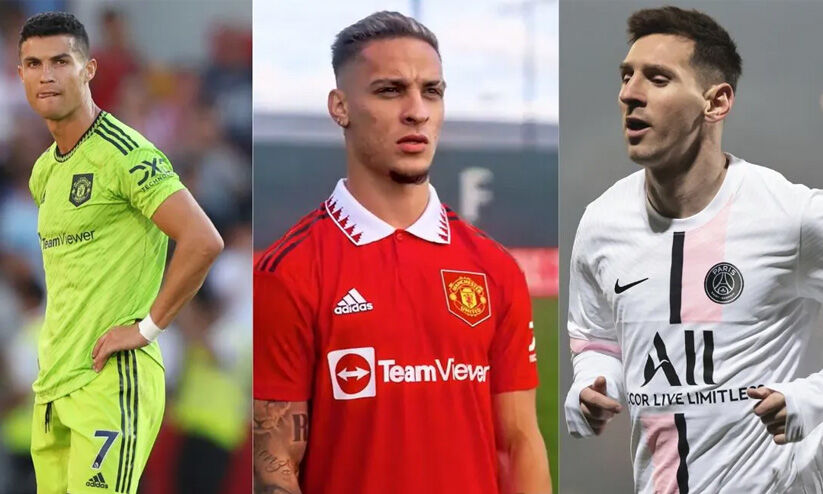 London: Manchester United's new face Anthony is known as a promising player in football. This Brazilian came to Manchester from Dutch club Ajax. Manchester United acquired the 22-year-old, who was eyed by many big clubs in world football, in a contract worth 789 crore rupees.

Anthony arrived at Old Trafford just two days before the transfer window closed. The young player who fills the winger's position is joined by one of the brightest stars in modern football, Cristiano Ronaldo, in the forward line of Manchester United.

Cristiano or Lionel Messi is a hot debate in modern football. Anthony, who became Cristiano's teammate in Manchester, is going viral on social media in the context of the club change.

Who is the best, holding photos of Cristiano and Messi while the interviewer asks a series of questions? The question is raised. Anthony's answer was to point his hand towards Messi's photo. It is unclear when the video was taken. In any case, many people have commented below that the Brazilian's thinking is that Ronaldo should not watch this video.