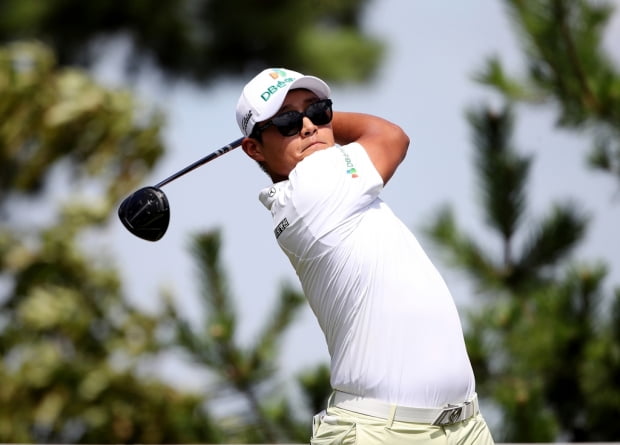 At the Bodyfriend Phantom Robo Gunsan CC Open, which ended in Gunsan, Jeollabuk-do on the 28th of last month, Seo Yo-seop, who reached the top after the third overtime and achieved four victories in the tour, continues to rise in this tournament.

If Seo Yo-seop also lifts the trophy in this tournament, two consecutive winners will be announced on the Korean Tour after 2 years after Hedges Golf KPGA Open and Kim Han-byul (26) of the Shinhan Donghae Open in September 2020.

In addition, Seo Yo-seop is also aiming for the second wire-to-wire win of the season following Kim Bio (32), 2 wins on the Korean Tour this season, and Bae Yong-joon (22) of the Honors K/Solarago CC Han Changsang Invitational in July.

He said, "There were several crises in the first half, but it was a great help to keep the flow going in the second half.

The tee shot and putt were better than yesterday," he said, "I played calmly without paying attention to the difference in at-bats."

Seo Yo-seop said, "I found out through an article that the winner of the last two competitions in a row was Kim Han-byul.

I will not miss the opportunity as my confidence has risen.”

Han-mil Han reduced four strokes and Kang-ho Cha reduced three strokes to leap to second place, but the difference in strokes with Seo Yo-seop was so large that he left a difficult chase on the last day.