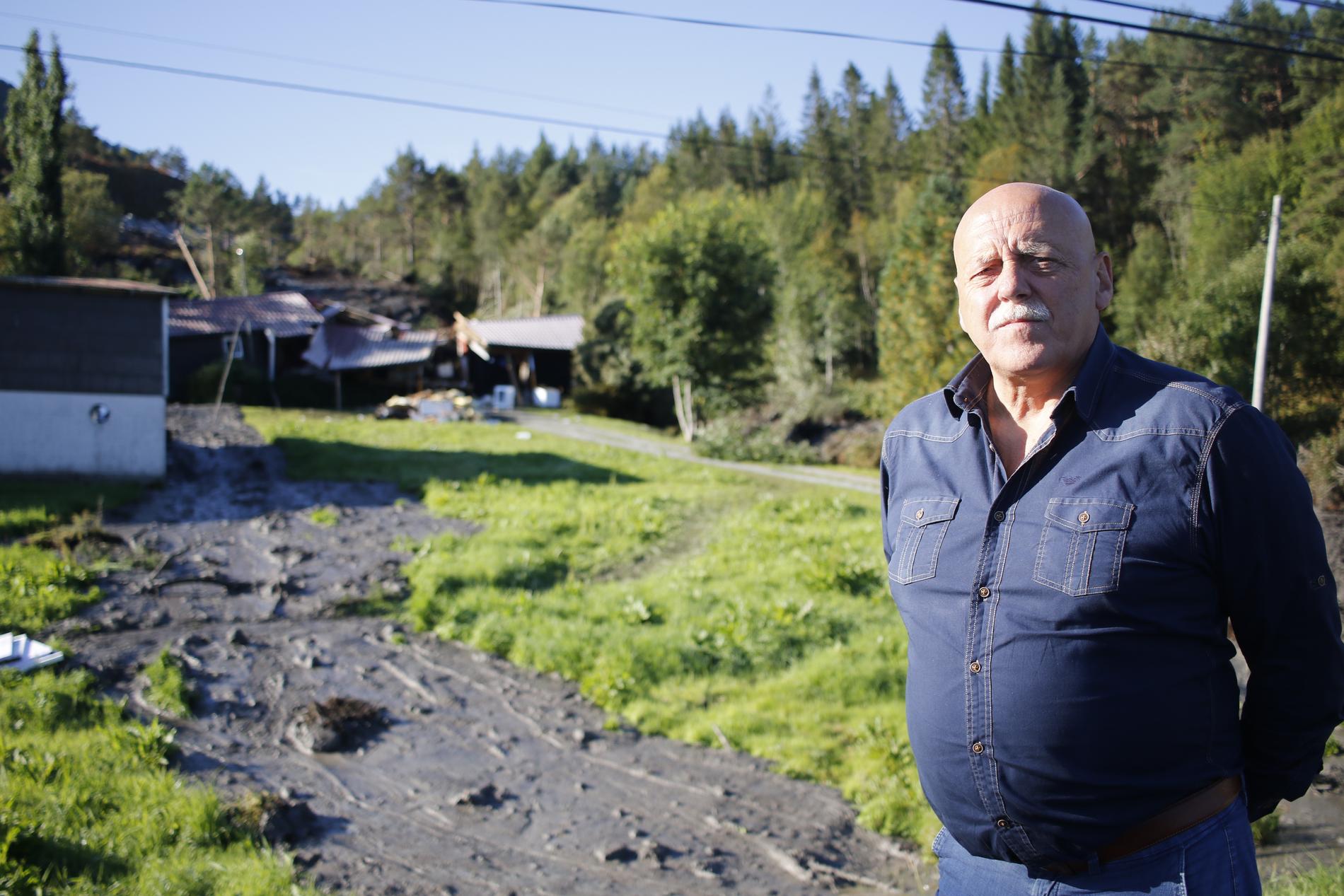 VALSØYFJORD / OSLO (VG) A person lost his life after a house in Valsøyfjord, in the municipality of Heim, was swept away by a landslide. Among the rescues was a two-year-old boy.

Updated less than 10 minutes ago

Mayor Odd Jarle Svanem (Sp) in the municipality of Heim is at the scene of the accident on Saturday morning.

- It is sad to come here to see the forces that have devastated. It must have been a heartbreaking experience being in the house when the landslide hit. I feel sympathy for the family who lost someone and for those around here who knew that person well. It's sad for the village and totally unexpected that something like this could happen here, she tells VG.

give us a tip

The municipality has set up a crisis team. Svanem says he hasn't talked to his closest relatives yet, but he's open to the possibility that this could happen when they feel ready.

The reactions among the population of the district are strong.

- People think it's tragic that a fatal accident is caused by a landslide.

Huge rescue resources were sent to the scene when police were informed on Friday at 7.14pm of the slide, which was about 200 meters long and 20 meters wide.

There were people both nearby and inside the house, and for several hours the emergency services worked to locate and release the remaining people.

The new E39 and the Road Administration are under construction in the area where the landslide occurred confirms that on Friday the excavation was carried out 30-50 meters above the occupied housebut the cause of the collapse is so far unknown.

- It's too early to draw conclusions. We have just finished the rescue and are now taking care of forensics, operations manager Anne Birgitte Arras told VG on Saturday morning.

- Not much work was done last night due to the darkness, but the geologists will also start working today.

There is still loose material on the road on Saturday morning, so it's not clear when the E39 will open.

GREAT DESTRUCTION: this is how it looked on Saturday morning in the property hit by the landslide.Photo: Jan Langhaug

On Saturday morning, the head of the interim service Randi Fagerholdt in the police told VG that the police are on guard at the scene.

- We have patrols and emergency officers physically present, mainly on call until the arrival of geologists and other professional personnel to assess the situation and work to find the cause of the collapse.

People who came out of the collapsed house on their own are said to be slightly injured.

- It is a mild head injury and a crush injury. I don't have the status of the two-year-old who was taken away alive and taken straight to St. Olav, says Fagerholdt.

E39 CLOSED: The landslide that hit a house in Valsøyfjorden in the municipality of Heim in Trøndelag on Friday evening crossed the E39 in Henset.Photo: Kåre Hendset / NTB

Late in the evening on Friday, police confirmed that one person had died and that the other five had been cared for by medical personnel.

- The rescue efforts in collaboration with the firefighters and other actors were challenging. The house is partially destroyed and there is earth and clay inside the house, the operations center reported late Friday evening.

Two people remained locked up inside the collapsed house for a long time. Rescue manager Andreas Ingsøy at the main rescue center in southern Norway spoke of difficult working conditions.

- We located them. There is no direct contact with them, she said of those currently missing on Friday night.

- The way they located them is that they heard sounds, besides that it is difficult to have direct contact with them. There is no conversation going on, but they have felt signs of life.

It was reported that one person had been trapped and the police informed VG that the person was not at home, but was out.

- And dig the ras

VG spoke to a man who was at the crash site. He happened to pass the scene of the accident on Friday night as he was driving home to Kristiansund.

The man told VG that half of the house was occupied by the landslide.

- The rest is gone. It looks like a garage was also taken by the landslide, she said.

The man has estimated that the landslide is about 300 meters long and 50-100 meters wide.

- Seems to be a landslide. The landslide almost completely ended in the sea. Several trees are also broken.

The man said there were several helicopters on site.

A neighbor told VG that firefighters borrowed equipment from him in connection with the rescue work.

- I see there is a severe landslide from the new section of the E39 which has brought a residential building with it on its descent to the old E39, the neighbor told VG.

- The fire works like nothing else to get them out, all thanks to them, because the landslide is still in motion. Really good work. They were here to borrow a chainsaw and gasoline to continue their work.