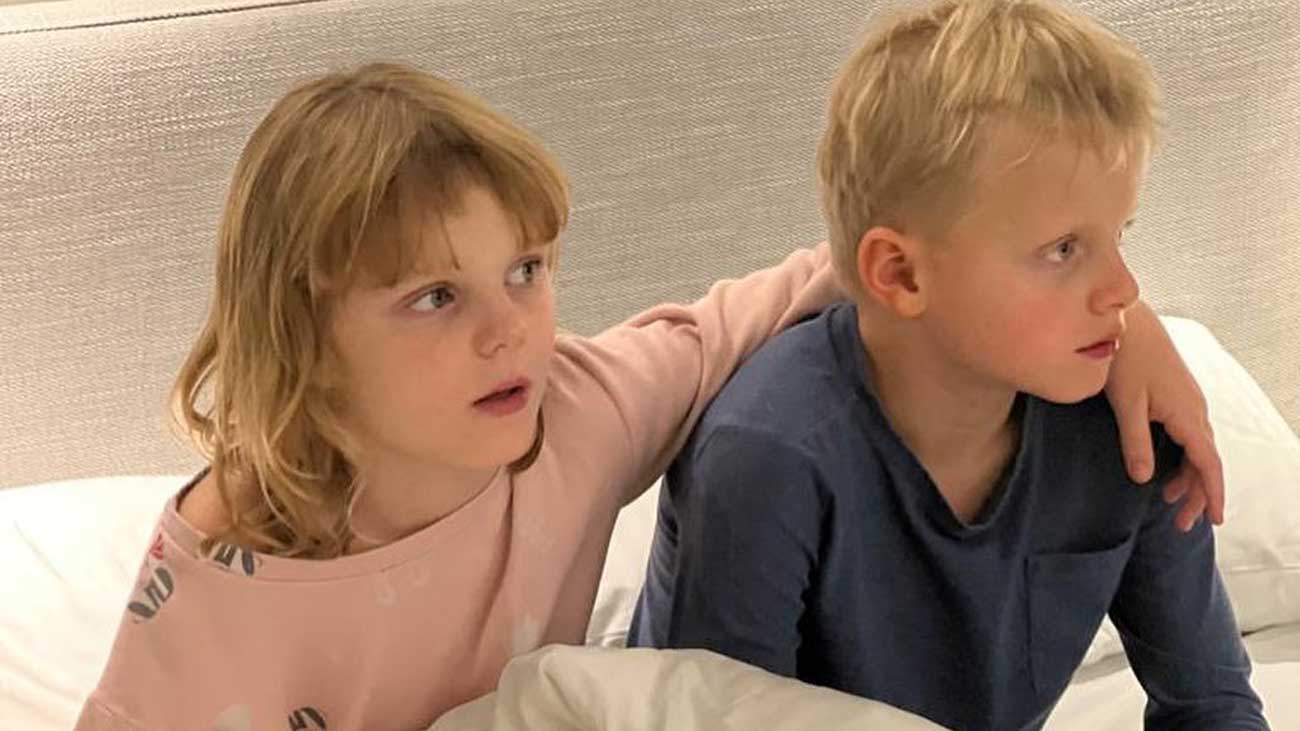 Princess Gabriella and Hereditary Prince Jacques of Monaco are preparing to return to school. The twins of Prince Albert II and Princess Charlene will have to take on their strange haircut at the start of the school year because Princess Gabriella has once again got her hands on the pair of scissors. This time, she went after her brother, the hereditary prince Jacques. Princess Charlene shared the result of this stupidity on her social networks.

Read also: Charlène and Albert of Monaco reunite with Jacques and Gabriella at the end of their introductory courses in aquatic and marine disciplines

The vocation of hairdresser of Princess Gabriella of Monaco

This isn't the first time Princess Gabriella has wanted to show off her styling skills. Last summer the young princess had cut her own hair before joining his mother in South Africa. Princess Charlene must have made up for it by leveling her bangs in a strange way on her forehead.

This year, Princess Gabriella wreaked havoc again. She managed to get her hands on the scissors again, while the princely couple seemed to have taken precautions to prevent this from happening. She obviously didn't learn the lesson. She wanted to give her brother a hairdressing session. Is she developing a vocation as a hairdresser?

Read also: Prince Albert II and his twins immersed in the Gaulish universe of Parc Astérix

The Countess of Carladès is only 7 years old and she did not spare her twin's head. Princess Charlene shared photos of her children on her social networks to illustrate the stupidity committed by Princess Gabriella. “Princess Gabriella gave herself and her brother a haircut. Looking forward to returning to school on Monday…”wrote the wife of Prince Albert II, sharing the photos with his 438,000 Instagram followers.

Read also: Princess Charlene with very short hair secures her first public engagement with her children and Prince Albert II in more than a year

Princess Charlene was forced to speak publicly about this failed haircut. She preferred to give the explanation before a people magazine seized the case and invented its own story. Normally, this Saturday, the princely family should participate in full in the traditional Monegasque picnic The horse and the twins' odd look would certainly have intrigued photographers.

Nicolas Fontaine has been a freelance web editor since 2014. After having been a copywriter and author for numerous Belgian and French brands and media, he specialized in royalty news. Nicolas is now editor-in-chief of Histoires royales. nicolas@historiesroyales.fr