Russia's state atomic energy company recently announced that the construction of Russia's first mass-produced Arctic-specific floating nuclear power plant hull has started in a Chinese shipyard. The 10,000-ton ship is expected to be delivered before the end of next year. The news has attracted a lot of attention, and some people are more reminiscent of the heated discussion caused by the Russian media saying that "Chinese warships should be purchased".

The 10,000-ton floating nuclear power plant hull is expected to be delivered before the end of next year.

So why does Russia place orders at Chinese shipyards? The official Russian explanation is that the project was assigned to a Chinese company not because the Russian shipyard could not build it, but because the construction period was tight and the domestic shipbuilding industry orders were already full, so it was handed over to a foreign country.

However, some analysts believe that the Russian shipbuilding industry has declined. If such a 10,000-ton hull is built in China, two large shipyards need to be mobilized, and it will take 10 years. In addition, after the outbreak of the Russian-Ukrainian conflict, Russia has transferred more production capacity to military use, resulting in extremely limited civilian production capacity.

Therefore, it is not surprising that Russian nuclear energy companies have made the decision to place orders with China. 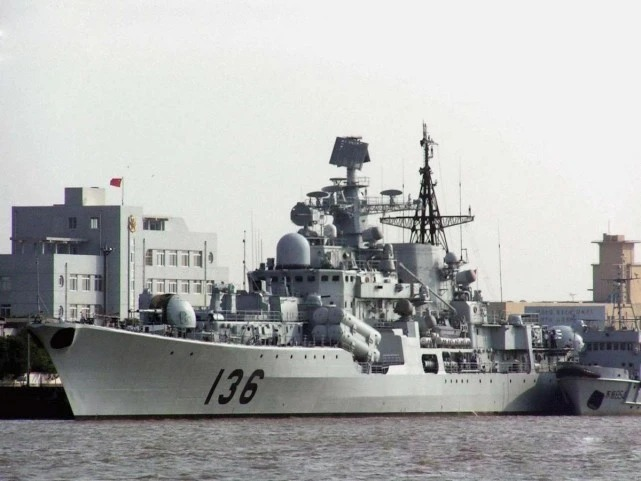 Russia used to be much ahead of China in the field of navy and shipbuilding.

Relying on the legacy of the former Soviet Union, Russia used to be much ahead of China in the field of navy and shipbuilding. Not long after the disintegration of the Soviet Union, China managed to purchase four modern-class destroyers known as "aircraft carrier killers". However, when China received the last two destroyers made by Russia, it found that Russia's strength in shipbuilding and military industry seemed to have been greatly reduced. 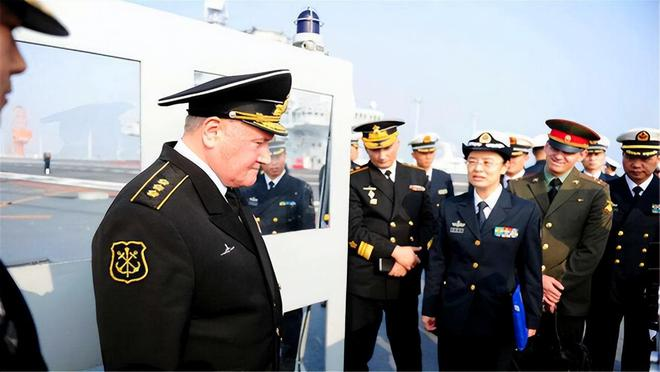 Korolev, the former deputy commander of the Russian Navy, once boarded the Liaoning ship.

At the same time, China's military and shipbuilding enterprises are accumulating energy and developing rapidly. A few years later, the Chinese Navy's shipbuilding operations began in full swing. The former deputy commander of the Russian Navy, Korolev, once boarded the Liaoning ship and witnessed the successful take-off and landing of the carrier-based aircraft of the PLA Naval Air Force, with a complicated expression.

At the end of August this year, in response to media inquiries, he said that opposing Russia’s purchase of ships from China “does not think it is an effective solution to the problem of the Russian navy and increasing the number of ships... Despite the objective difficulties of the Russian shipbuilding industry, it has the ability to solve all problems.” Task".

The first ship of the PLA Navy's Type 055 destroyer, the Nanchang Ship.

In fact, in addition to "face", there is another difference that becomes a key issue.

The Chinese and Russian militaries have very different naval construction concepts, so the Russian military may not be able to use the PLA's equipment. At present, the Chinese navy is moving towards the direction of an ocean-going and global navy. The warships are all built for the blue water navy, while the main task of the Russian navy is coastal defense.

In addition, in the context of the Russian-Ukrainian conflict, China, which takes an objective and neutral stance towards Russia and Ukraine, cannot provide weapons, equipment and platforms to any of the parties involved. Therefore, despite intense discussions within Russia, neither official norm has touched on the topic.