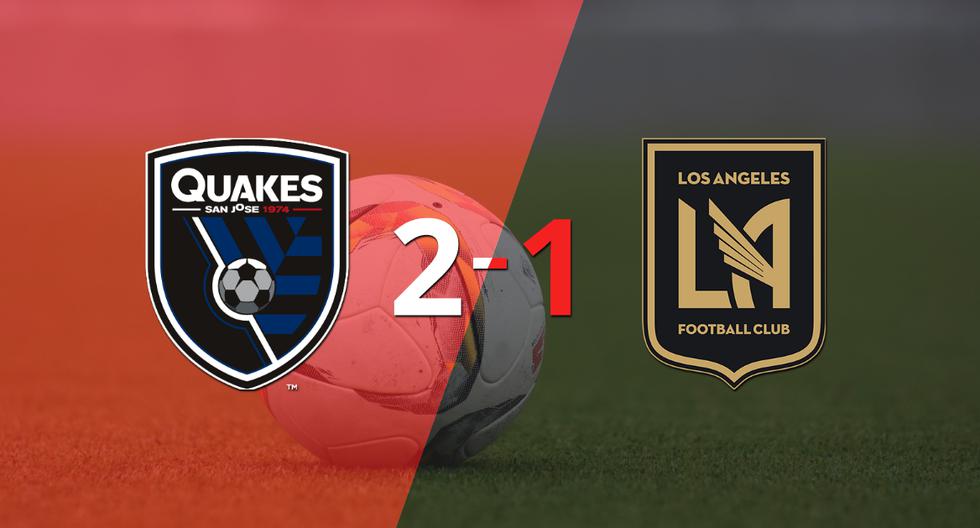 SJ Earthquakes defeated LAFC in the match played this Saturday at Avaya Stadium, for week 26 of the United States - MLS 2022 tournament. The goals of the match for the locals were scored by Benji Kikanovic (14' 1T) and Cade Cowell (31' 2T ). While the away goal was made by Kwadwo Opoku (8' 2T).

In the 40th minute of the first half, Cristian Arango was able to change the course of the game, but his shot hit the post and Los Angeles FC lost the draw.

Cade Cowell was the figure of the match. The San José Earthquakes striker scored 1 goal.

Another relevant player in the game was Tommy Thompson. The San José Earthquakes defender was important, for throwing 2 balls out of the danger area.

The process of the game was very close and intense, with more nerves than game. There was a large number of cautioned: Tommy Thompson, Nathan Cardoso, Sebastien Ibeagha, Benji Kikanovic, Ilie Sánchez, Kellyn Acosta, Eric Remedi, José Cifuentes and Cristian Arango. Ilie Sánchez was sent off after receiving his second yellow card, in the 78th minute of the second half.

For their part, those led by Steve Cherundolo stopped with a 4-3-3 scheme with Maxime Crepeau under the three sticks; Franco Escobar, Jesús Murillo, Sebastien Ibeagha and Diego Palacios in defense; Jhegson Méndez, Ryan Hollingshead and Kellyn Acosta at half court; and Latif Blessing, Cristian Arango and Kwadwo Opoku up front.

Referee Michael Radchuk was selected to carry out the actions of the game.

On the next date SJ Earthquakes will visit Sporting Kansas City and LAFC will play away against Austin FC at Q2 Stadium.