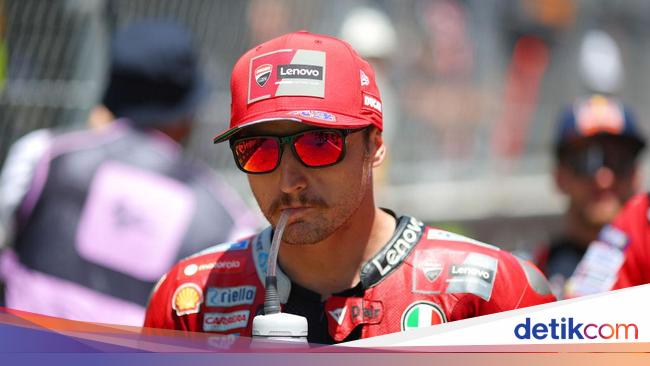 Results MotoGP San Marino 2022 to mention Jack Miller like the fastest timekeeper, ahead of another Ducati rider, Francesco Bagnaia in second position.

At the beginning of the FP3 session MotoGP San Marino 2022 at the Misano Circuit, Saturday (9/3) afternoon WIB, one of the things that attracted attention was the presence of Marc Marquez. Baby Alien is expected to be tested in Misano next week.

In the middle of the session there was Fabio Di Giannantonio who had fallen. A few moments earlier he had started raining on the track.

Jack Miller then gaspol at Misano with a time of 1 minute and 31.296 seconds. That pace gave him temporarily the best time in FP3 so far.

A few minutes before the end of practice, Pol Espargaro was seen crashing at turn 15. There was concern because he seemed to get up slowly.

Pecco Bagnaia pulled and took second place with the best time in FP3 for a while. It was 0.071 seconds at Miller's drift.

Something crashed again at the Misano circuit. This time it was the turn of Miguel Oliveira and Takaaki Nakagami, both of whom crashed in the first sector.

In the process, record the time Jack Miller it cannot be overtaken by other runners. He set the best time in the FP3 MotoGP San Marino 2022.