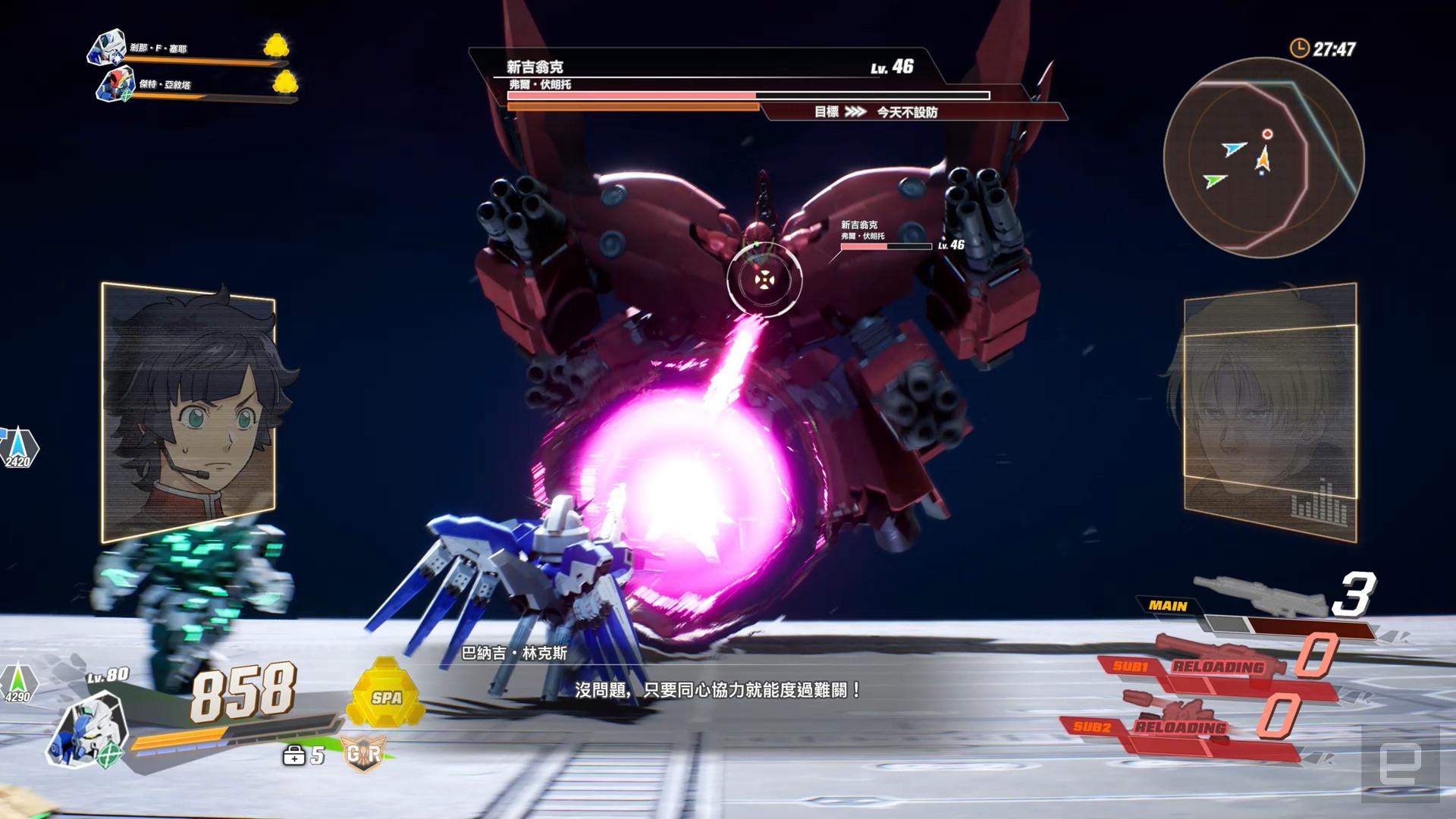 Under the title of "SD Gundam", "SD Gundam Fighting League", launched in late August, is a new series of action games that Bandai Namco has rarely launched in recent years. The gameplay of this game is quite similar to "Gundam Warriors" and "Gundam Breaker". In addition to experiencing the original story, you can also collect various aircraft to help us in battle. This work includes a total of around 80 units, but as the skill (level) method requires a lot of money, this article will introduce you to some of the most efficient ways to make money, as well as recommending units that will have it grown after it. the level has been cleared.

Since this job requires a lot of money to strengthen the body and more than 10 million is needed to reach the highest LV80, so "finding the money level" has become an important part for players to do. Below are some tips for players with different progress to try.

1. The official history of 7B

The biggest advantage of this level is that there is no boss - players just have to go around the map, find the three main members of the Tekka regiment and then return to the starting point to automatically annihilate the tokens. Once you are familiar with the map and the activation mechanism, you can get around 60,000-70,000 of money in around 8-10 minutes; if you switch to HARD mode after passing the level, you can get about ten times the same time, which is 60-700,000 money. When players have fewer and weaker bodies to choose from, this level is the most money-worthy treasure early on.

The 5D melee will not unlock until very late and, in the non-free state, it will consume 4 special keys (10 in HARD mode). Compared to the previous 7B, this phase focuses mainly on the "six consecutive battles" of the boss's body: if the level and strength of our body are high, the relative consumption time will be shorter. If you successfully pass the level, you can earn around 300,000 money and in HARD mode you can get around 3 million and it includes around 20-30 improved parts.

However, due to the high difficulty of this level, it is recommended that you collaborate to make money through multi-person connections.If you can only do it yourself, even if you can't run out along the way, the money you got will still be recorded, and the only thing that's lost is just props and parts. Here is a "money game without consuming keys": after completing the "six consecutive battles", instead of challenging the final boss of the level, instead of giving up the task directly, the player can still get about 3 million money and leave the game.

"Level Correction" which affects the strength of the enemy

This work has a "level correction" effect, that is, regardless of the enemy or allies, if the level difference exceeds 5 or more, it will also increase or decrease the attack power and damage taken. For example, if our group is LV60 and the enemy's body is LV65, the damage done by our group to the enemy will be reduced and the damage done by the enemy to us will also be increased. The greater the difference in level, the greater the effect of "level correction". Therefore, when you break the level and challenge the HARD mode, if you find that the enemy can inflict more than 2,000 points of damage at the same time, there is a high probability that the level of the machine is insufficient. The introductory text of each level will also have a "recommended level" written on it. My personal advice is that the operating body should not differ too much from the level, otherwise it will become a tough battle.

selection of the wingman

In single player mode, players can choose two wingmen to assist in battle. The wingman cell level is the same as the wingman pilot. Players do not need to spend deliberately to improve wingman abilities. Wingman pilots are linked to the player's mainline progress and even pilots who are not selected for battle will automatically increase their level based on the player's completion progress in NORMAL / HARD mode.

In addition to increasing the value of our group's abilities, the power-up parts will also have some special ability items to allow the body to achieve special effects, including:

Parts suggested for melee type: all-round defense, automatic defense. Since the class ability already has the effect of "Supremacy", no special equipment is required to "Enhance Hegemony".

Recommended parts for the type of shot: Attack Physical Attribute (in front of a body with a ray shield).

Recommended parts for the universal type: use the above parts according to whether the machine belongs to the melee type or the shooting type.

If players have pre-purchased bonuses, they can automatically get these three units at the start of the game. Commander is a rare physical shooter that works well against large MA with beam shields. Knights and samurai are very strong and easier to use than other units at the beginning of the game, but they are not as good as the Kamui or 00 series in the later stage. Most of the knight's attack skills belong to the small frontal area skills and nirvana is a multi-stage attack.Unfortunately, it takes a long time to play the whole set and it may not be possible to hit all opponents when facing the enemy planes with overbearing body and constantly moving.

The two secondary arms are both medium range and long range. Secondary arm 1 is a tracking BIT and secondary arm 2 is running towards the enemy. The shooting distance of both of them is very long. After using nirvana, the body will continue to hold the TRANS-AM position, the main shot will become a super long penetration pistol with a single shot, and the secondary armament 1 will become a giant vertical sword like nirvana. The biggest problem with the Quantum 00 Gundam is that it is difficult to throw multi-stage combos.It is very difficult to kill the enemy with combos, but as a wingman, its fighting power is absolutely incredible.

This machine can be said to be a "fight freak", if players want to get the "hit 50" trophy / achievement, they can consider using this machine (or the following Jim (Kezarroddo team specific) ). Secondary armament 1 of the body can hit 8 hits, but if you continuously press this weapon, you cannot receive the ability. You have to add a main hit in the middle to extend the COMBO time; the secondary armament 2 can hit 5 shots and the nirvana can be breathed.You can hit 30 shots and you can definitely hit more than 50 shots if you play a full set. Additionally, as the nirvana is an ultra long and ultra wide MEGA cannon, it also has a high hit rate in the face of large boss battles that are constantly on the move and is also first class as a wingman.

Commonly known as the "Manatee", it has become the most popular body thanks to the recent launch of METAL BUILD, and is logically one of the most powerful shooting systems in this work. Hi-ν's strength lies in the fact that in addition to the long firing range, the tracking effect of the induction gun, and the range effect of the rocket launcher, his melee attack is also surprisingly useful, especially the attack in special melee it is multi-partner, which can play a huge role in taking out the pieces. Nirvana is similar to ZZ, but its power and width are slightly narrower and there is often a problem of "artillery fire disappearing suddenly" when launched in midair. Hope it can be improved after the game update.

One of the last hidden cars in this game, which is Jim's car that the game's protagonist drives before breaking into another world. Although he is weak on defense, he is superior in that all attacks are two HITs due to the fact that he is armed with two pistols. Secondary weapon 1 is walking around the target and firing in a semicircle which sounds interesting but has a general effect, secondary weapon 2 is a throwing technique. After capturing the enemy, he will throw a melee shot, which is a relatively unusual move. The power of nirvana can be called the strongest in this game, and the movie when activated is also the longest in this game. Below level 80, it can easily deal over 7,000 damage. The general body (like Hi-ν) can only do about 100% in the same situation 5,000 damage.