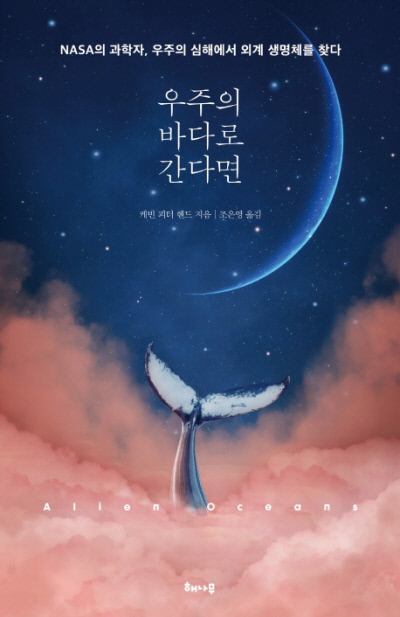 It has been a long-held dream of mankind to discover life in an infinitely large and expansive universe outside of Earth. In order to find extraterrestrial life, mankind is mobilizing all kinds of methods, including cutting-edge science and technology. If even a small clue that shows the possibility of the existence of life on Mars etc. comes up, the world press pays attention.

Unveils various stories surrounding the possibility of discovering extraterrestrial life. The author, a NASA planetary scientist and astrobiologist, focuses on icy moons as the best places for life in space. Specifically, it is an ocean believed to be located inside a thick layer of ice such as Europa and Enceladus, the icy moons that orbit Jupiter and Saturn.

Its basis is based on the so-called 'hot water balloon hypothesis', which is one of the hypotheses surrounding the origin of life. This is a hypothesis that cells were born from a chemical reaction in a hydrothermal sphere that gushes hot water from the deep sea. Another hypothesis is the 'tidal pool hypothesis', in which cells were formed as seawater moved to and from the land due to tidal phenomena. Together with film director James Cameron, the author explored the deep sea 3km deep in the Atlantic Ocean called 'Lost City', and confirmed that shrimp and microorganisms inhabit near the hydrothermal vents. As life forms inhabit in extreme environments such as Lost City, the possibility of existence of life in the deep sea of ​​space is very high.

The author said, "Looking at the results of recent solar system exploration, planets like Earth are rare, but celestial bodies covered in ice and embracing deep seas exist everywhere. In a 2014 NASA forum, the author predicted that extraterrestrial life would be discovered within the next 20 years.