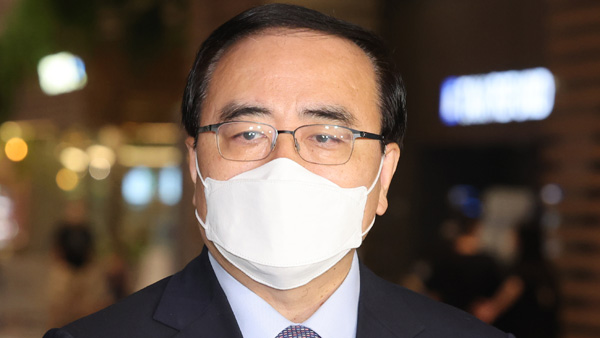 Kim Seong-han, head of the presidential office's security office, said, "We have discussed a specific time for the Korea-Japan summit."

Director Kim Seong-han said, "We discussed the specific timing, but it doesn't seem to be at the stage to be revealed at this time," said Kim Seong-han, who returned to Korea after a meeting of security chiefs in Hawaii, USA on the afternoon of the 2nd.

Kim added, "I think there will be an opportunity for the two leaders to meet in the form of so-called 'shuttle diplomacy' and divulge a specific solution if necessary, either on the occasion of multilateral meetings including the United Nations, or before and after that."

If the Korea-Japan summit this month is successful, it will be the first in two years and ten months since then-President Moon Jae-in and Prime Minister Shinzo Abe attended the Korea-China-Japan summit in Chengdu, China in December 2019.

"If North Korea goes ahead with its seventh nuclear test, South Korea, the United States and Japan have decided to take a strong response together with the international community through cooperation," Kim said.

"If North Korea conducts its 7th nuclear test, it will never be '6 plus 1'," Kim warned.

Regarding the 'Inflation Reduction Act' enacted in the United States, he said, "I will take a closer look at the National Security Council once again to see if there is any potential for bilateral effects in the short term and let us know." We expect to incline,” he said.

Regarding the Yun Seok-yeol administration's 'Bold Initiative', which is the roadmap for North Korea's denuclearization, he said, "At this tripartite meeting, the US and Japan expressed their full support for the position. We had a consultation,” he said.