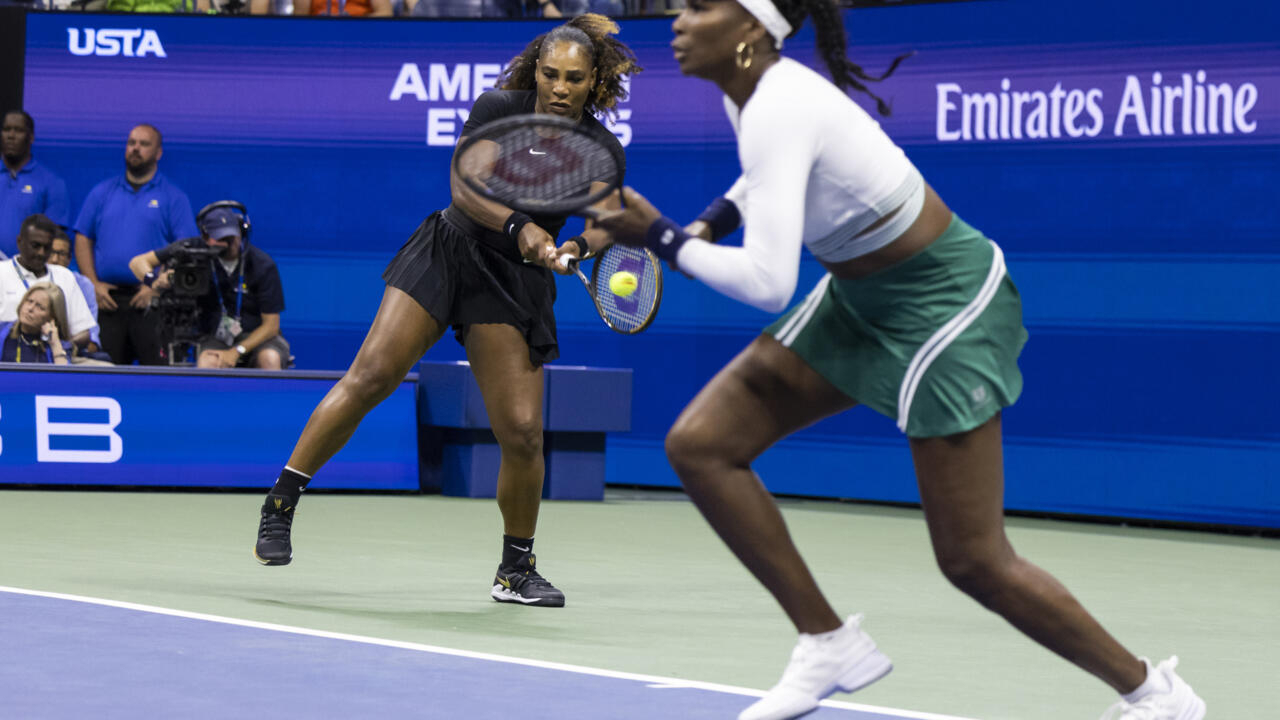 New York (AFP) – Serena Williams, who announced her upcoming retirement, and her older sister Venus were eliminated in the first round of the women's doubles tournament at the US Open on Thursday, beaten 7-6 (7/5), 6-4 by the Czech pair Lucie Hradecka/Linda Nsokova.

After their defeat, the two Americans aged 40 and 42 respectively left without saying a word the huge Ashe court, still filled with some 23,800 spectators, like Monday and Wednesday during Serena's singles victories.

For their reunion in New York eight years later, the Williams sisters have not really found their automatisms, which had made them such a formidable duo with 14 Grand Slam titles at stake between 1999 and 2016, including two at Flushing Meadows.

Faced with a pair made up of the experienced Hradecka, 37 (who won Roland-Garros 2011 and the US Open 2013 with another Czech, Andrea Hlavackova), and the neophyte Nsokova, only 17, who was playing her very first official match, Serena and Venus came close to winning the first set.

But they failed to convert their two set points at 5-4 on opposing service. And they gave in to the decisive game on the first opportunity seized by the Czechs.

The latter escaped in the second set (4-1), before the Williams, in a vain last stand, managed to unbreak. To better then lose their commitment and bow.

"I'm still in shock from our victory. I'm sorry for you that we beat them, but we're so happy to have succeeded," reacted Lucie Hradecka on the court, while Linda Nsokova, her eyes shining , agreed that "playing against the Williams sisters is a special moment for anyone".

Given Serena's announcement in early August of an impending retirement, this doubles match was possibly her very last with Venus.

The youngest of the Williams sisters, who did not specify when or where she will bow out, remains however still in the race in the singles at Flushing Meadows.

She will try Friday, against the Australian Ajla Tomljanovic, to qualify for the round of 16 of the New York Major which could nevertheless constitute her last tournament.

With a crazy goal still possible to achieve to win a 24th Major title after which she has been chasing for more than five years, which would equal Margaret Court's record.