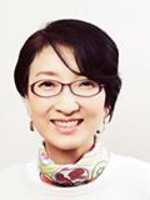 Something terrible is happening at the Kashiba City Council in Nara Prefecture. It is against the ordinance to support the accompaniment that we city council members routinely provide for consultations about troubles?! It is unbelievable that asking that question would be punishable.

When the city councilor Tsuneko Aoki, who accompanied citizens to apply for welfare, the chairman made a statement to the effect that ``it is forbidden to accompany councilors to the National Health Insurance and public assistance counters.'' "What article is it in?" was subject to punishment as "it may constitute an insult or defamation," and was suspended from attendance for eight days and forced to read aloud an apology.

As a member of the local government who continues to provide escort-type support, I also sent a letter of protest to the Kashiba City Council Secretariat. It is said that the disciplinary action against Rep. Aoki will be deliberated at the assembly on September 5, so please protest by all means by then.
We have information that the fax has been stopped due to increasing protests.
You can also send an email from the Kashiba City Hall website.
https://www.city.kashiba.lg.jp/soshiki/5/19187.html
（FAX ０７４５－７６－７５６４Kashiba City Council Secretariat)

In your recent Diet session, Ms. Tsuneko Aoki, a member of the Diet, criticized Mr. Yutaka Kawada, a member of the House of Representatives, for saying that it was prohibited under the Kashiba City Political Ethics Ordinance for Ms. Tsuneko Aoki to accompany citizens when applying for public assistance. I learned from the press that the penalty of suspension from Congress for 8 days may be imposed in the September Congress.
It is never "talking" for an alderman to accompany a citizen in need to apply for protection, much less put pressure on officials. Applying for public assistance is a citizen's right, and it is the council's unique duty to act on behalf of the citizen. In other local governments, assembly members accompany them on a daily basis, and there have been no problems with the city's operations. I think that such a thing goes against the wishes of the citizens. In addition, there is a problem in that the remarks made by members of parliament who tried to discuss this point are easily used as grounds for disciplinary action, and that they do not comply with the remarks, so they are suspended from attending and are not allowed to participate in subsequent deliberations and decisions. I have.
It must be said that the resolutions that go against democracy in this plenary session are acts of self-destruction by parliament that deny the role of parliamentarians. I strongly request that your assembly not vote on disciplinary action against Rep. Tsuneko Aoki in this session, and that each member of the assembly should not vote for it.