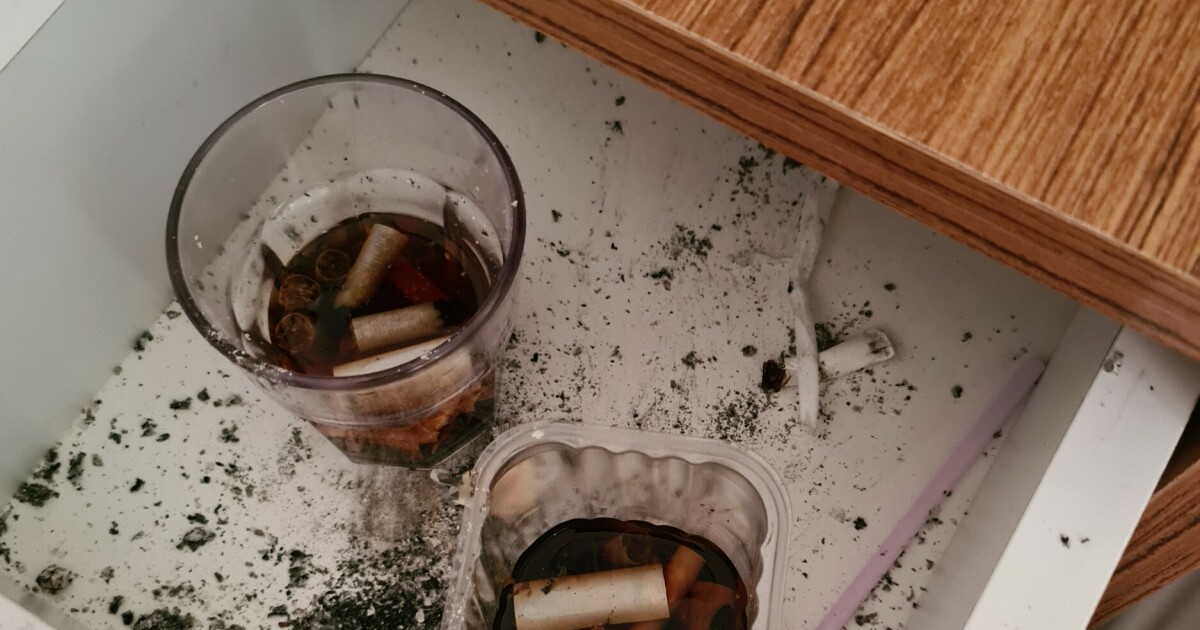 This summer's Southern holiday was a nightmare for Irene Urianstad (46) and her daughter Ida Gulli (16).

- We were going to go to relax, but we were more tired when we got home. It was a terrible trip, says Irene Urianstad to Dagbladet.

In July, mother and daughter traveled from Lampeland in Numedal to Side in Turkey. They had bought a so-called "all-inclusive" holiday with the travel operator Detur. A week's stay at a price of NOK 20,000 in total. The hotel was supposed to be a four-star hotel.

- It was a terrible experience, a disaster trip. You go on holiday with "all-inclusive" to have fun and enjoy the benefits. There was nothing to enjoy here, says Irene.

The pictures in the ad and the information they received before departure were nothing like what met them when they arrived at the Joker Side Hill Suite Hotel.

- The common areas looked as if they were about to be demolished, the food was deplorable, says Irene.

It was Laagendalsposten that first wrote about the case.

She and her daughter arrived at the hotel in the middle of the night. In the room there were no sheets on the beds, nothing to wear over them, other than a bedspread they didn't know how many people had used before them. Still, they tried to sleep a little

- When we were going to bed, my daughter said that "it smells like smoke in here". I thought someone was smoking outside, says Irene.

But it wasn't. The daughter opened one of the nightstand drawers. There were several glasses, full of old snipe.

- I was about to throw up, says Irene.

Dagbladet has not been able to get a comment from the Joker Side Hill Suite hotel.

The TV had fallen off the wall. They had to lift the door up to close it, and the lock didn't work. Once they were locked, it was difficult to unlock them again. There was two centimeters of water on the bathroom floor.

- I went into the bathroom and stepped in it. Nothing leaked from the sink and in the shower there was a raised edge and it was dry there. There must have been a leak from the toilet, says Irene.

- I just thought that "this is not what I ordered and paid for". I feel this is fraud, says Irene.

Detur's media contact Tim Åstrøm writes in an e-mail to Dagbladet that they inspect all hotels before signing a contract with them.

- Furthermore, our guides have ongoing contact with the hotels where we have guests. In the event of a complaint, the hotel is visited and an inspection is carried out. In some cases, we do not take any new bookings for the hotel or the hotel is completely removed from the programme, he writes.

As for the hotel Joker Side Hill (formerly Maya World Side) they received many complaints for a short period, and have now taken it out of their programme.

The next day she contacted Detur. First she called Detur Norge, there the number was not in use. Then she got in touch with the local employee. According to Irene, he could not help, and left the hotel after one hour.

When she did not get a new hotel from the travel operator, Irene contacted some friends who have an apartment in Alanya in Turkey, not too far away. She and her daughter were able to sleep there for one night. The next day, they received an email from Detur - they could get a new hotel.

Got a new hotel

The new hotel, Maya World Golf, was not much better.

- It was a notch better than the other, but it wasn't good at all. It could not equal four stars. There was mold in the room. After two nights we had to change rooms.

The new room was not much better. There, too, there was mold, and no bed linen to wear. Unsecured cables hung from the walls in the common areas.

- There must be a fire extinguisher inside the hotel. There was an apparatus, but no hose. If there is a fire there, it is very dangerous.

Dagbladet has not been able to get a comment from Maya World Golf.

The food at the "all-inclusive hotel" was also bad, there was a poor selection, says Irene. The plates and cutlery were not properly clean.

- The equipment in the training room was rusty and dilapidated. It was mucky. The tapestry on the walls was stapled, the skirting boards were not properly attached and the doors did not hang properly on their hinges.

- I have traveled a lot, but I have never experienced anything like this.

Several times the power went out in the hotel. Then the water didn't work either, and it wasn't possible to pull yourself down to the toilet.

Not determined by the travel company

- When someone complains about their room, our local representative tries to resolve it at the hotel. If this does not correct the error, we will investigate the possibility of moving the guest to another hotel. In this case, I understand it was offered, and accepted, says Detur's media contact.

He says that they have only recently received complaints about the hotel they changed to - Maya World Golf.

- During the last check of received complaints and reclamations, it was not discovered that these errors had not been rectified. Of course, it cannot be ruled out that complaints were received after that check. But in order to follow up properly, I have forwarded that information to the site manager for follow-up, says Åstrøm.

When asked whether these hotels correspond to their standard for a four-star hotel, Åstrøm in Detur replies as follows:

- A hotel's official classification is made by the respective country's tourism organisation, this does not affect the travel organisations. Detur also gives its own assessment, which is the same for all destinations.

He adds that they publish a link to Tripadvisor for each hotel, where the guests themselves give a rating.

The complaint on return

Irene complained as soon as she got home. The answer she received was that it would take seven to eight weeks to process the complaint.

- That it is possible to treat people like that.

Now she hopes to get back the money she paid for the trip, or to get another trip.

It is not known whether they will be successful in their appeal. Media contact Åstrøm states that Detur does not comment on individual cases of complaints in the media.

Christina Wollik was in Turkey during the same period, in the same hotels and with Detur as travel company. Her experience of the stay is quite similar to Irene's and Ida's.

They were two families traveling together, nine people.

- There is nothing wrong with Turkey, but there is a lot wrong to say about the travel company and the hotels they choose, says Christina Wollik to Dagbladet.

At the first hotel, Christina says that it was not possible to lock the door in one room. The room was on the ground floor. Two children, aged one and two, were sleeping there. It was five meters away from the edge of the pool.

- There were holes in the wall, loose wires were hanging out of the fuse box and there was a grate missing over the drain in the shower. The food was presented on platters outdoors at 45 degrees and with lots of flies, says Christina.

After a few days, they were also transferred to the hotel Maya World Golf.

- The room on the ground floor was infested with ants, there was mold in the bathroom, the air conditioning did not work and it was 33 degrees indoors. We had booked two family rooms with five beds, but got two rooms with three beds each. There were nine of us.

- We had our holiday ruined, sighs Christina Wollik.

The first hotel they stayed at, Joker Side Hotell, has now been removed from Detur's website.