The courage to go out alone. Solo travel as a tool of constant emancipation - A2larm 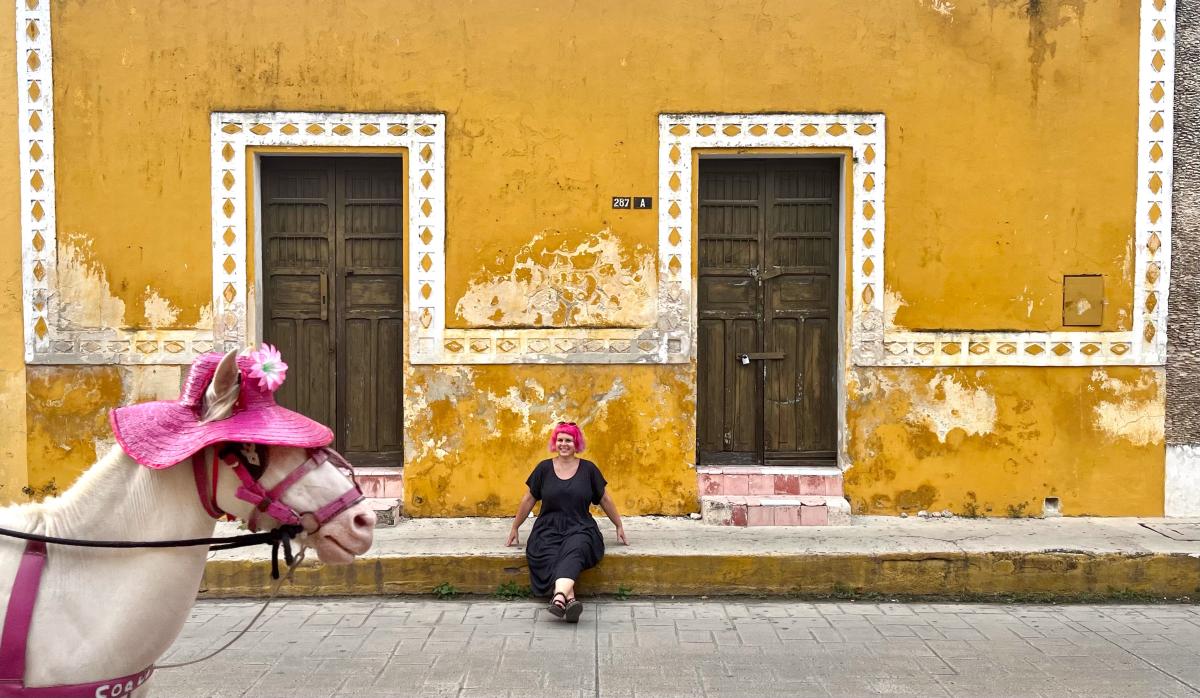 I always envied people who traveled alone. Not that I don't have great companions for crazy and less crazy trips around the world. I was just attracted by the freedom and independence. I envied the boys from school that their parents didn't crucify them for hitchhiking to Eastern Europe. I envied them that they were less likely to be molested if they slept alone in a sleeping bag somewhere in the park. I envied them that they didn't have to listen to slimy crap in the pub. But then I realized that I mainly envy them the courage to go out on their own. After all, there are also many girls who have traveled the world with a backpack.

Gradually I became bolder. I went to the sea alone for the first time in 2011 during a work trip to Cambodia on the weekend. When the sun went down, suddenly seven people with a book were left on the beach. Gradually we started addressing each other and it ended up being a really great Czech-Russian-French-Argentinian-Polish-Spanish-Cambodian party. We are still in contact with some of the participants. Then I started doing similar shorter weekend trips during work more often. In the Caucasus, in the Balkans, in Zambia... Once I had a meeting with my ex-boyfriend in the north of Iran, where I had to get from the capital. He hitchhiked alone from Armenia.

Being alone on the road is essentially a daily empowerment.

And suddenly this year I got the opportunity to take almost three months off. Three months all to myself. I decided to enjoy it and learn something new. I divided the sabbatical between trips, time at home and visits. I spent a month in Georgia learning Russian in a language book and traveling. I set aside a month to explore Mexico. I took Georgia as the next stage of emboldening, because I know it well. I have never been to Mexico, but my friends who live there and a friend who completed part of the trip with me served as a lifeline. But I had Oaxaca and Yucatán to myself for almost two weeks. When I bought the ticket knowing these facts, I felt a flutter in my stomach. And also a little fear.

Now I'm at home in the Czech Republic (with 4135 unread e-mails). I sort the photos in the evenings and I can also sort the knowledge from my solo travel. And share them with people who are also attracted to it.

You are not alone

When I travel alone, I am much more open to new contacts. I have more motivation to get to know each other. Perhaps because it is simply safer to go swimming in the sea at night with someone else. There is such a special connection, especially between women - as if we are making it clear to each other that we are sure that we are actually there together. We notice each other on the bus or in a cafe. Sometimes we just make eye contact and smile, other times we even have a conversation. Even if we're talking about the book we're reading, where we're from and where we're going, it's actually a different message: "Hi, I'm traveling alone too, so I know what it's like. We'll watch out for each other.” I was generally more alert. I checked who was moving around me and what they were doing. I let my loved ones know where I was and who I was with. I relied on intuition.

I definitely smile more on solo trips and people are somehow nicer to me. A smile means "I come in peace". And when a person is kind, everything goes better somehow. People ask you if you need directions, send you to the right bus stop, hail a taxi on the street. Once the taxi driver didn't even let me pay, it was a bit too much for me.

When I'm alone, I'm not afraid to talk to the locals anymore, even though I don't know the language. I was able to participate in the conversation about the division of Czechoslovakia, communism and the war in Ukraine, even though my most common Spanish word is "si". Mimicking a political prisoner turned out to be quite a challenge. In short, there is nothing left but to try to speak. And besides, I don't have to be ashamed in front of a friend that they will hear how badly I speak. And so, in addition to Russian, I also brought some Spanish with me from the sabbatical. 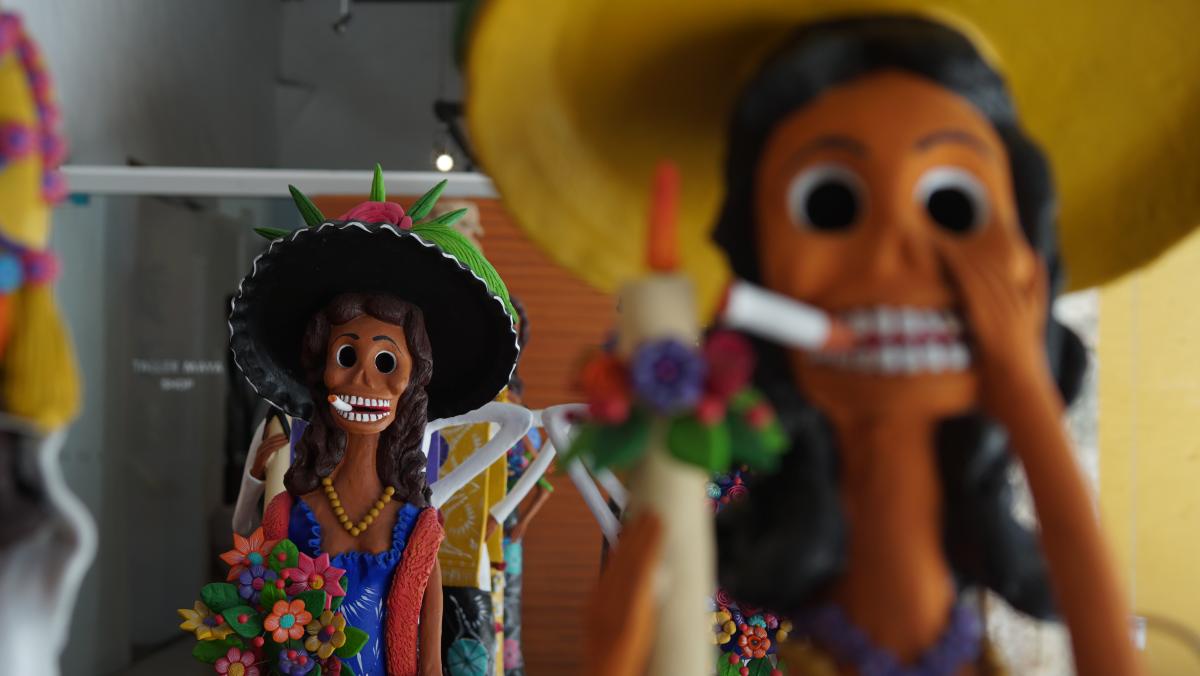 Being outside a lot

I could go on dates (which greatly improved my non-existent Spanish) without feeling guilty about putting someone on the back burner. Of course, a person can also be alone if he wants to be alone. But I'm a social creature. I missed social contact. In Prague, I live outside a lot, I meet people, I like long evenings with a drink and culture. I was moving, so the people who kept me company changed quickly. We never got to the deeper conversations. Due to the high crime rate in Mexico, I was often afraid to go to a bar alone at night, so I shared my experiences on social networks even more than usual. Every comment, tweet and message made me happy because two-way communication is always more pleasant.

I realized which of my friends I really miss. I thought about my loved ones. I missed them, so I sent them messages in the dark. They usually had plus seven hours. In the morning, the magic of the news wore off and I often only got a thumbs up in the chat.

However, I was fine mentally and physically. I slept well while traveling and drank little alcohol - because there was usually no one to go with and no place to go for a drink. Mornings without a hangover are great. In addition, I was outside a lot and I walked a lot. On average, over 15,000 steps per day. 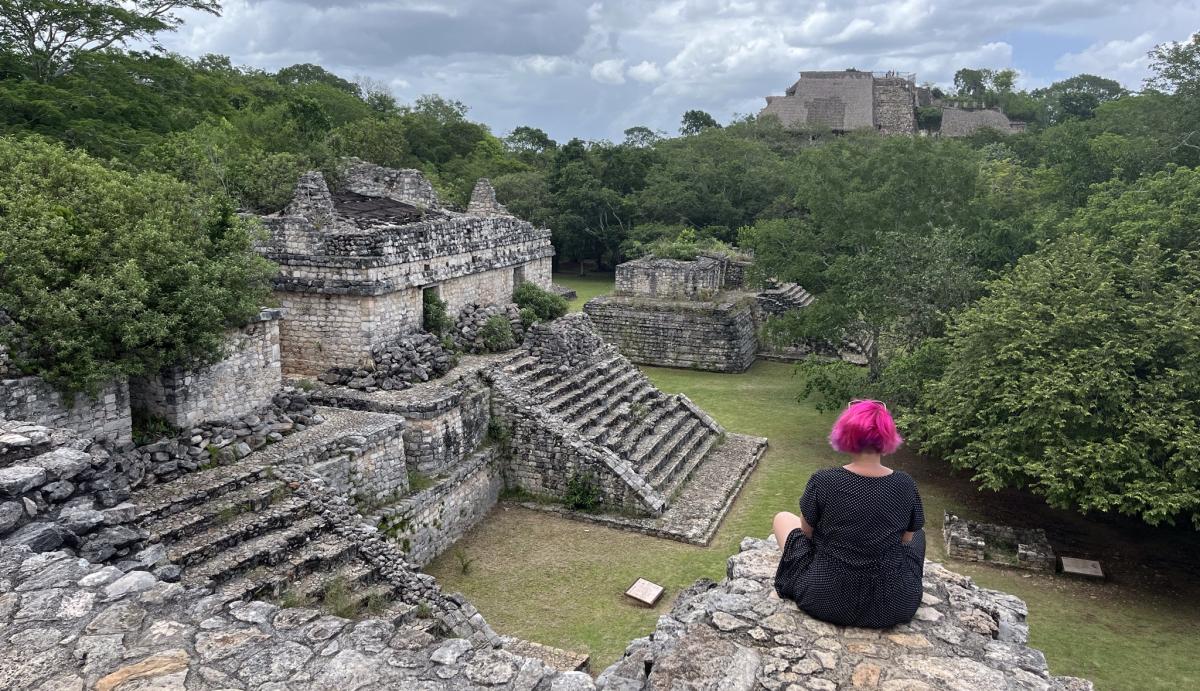 Who will rub my back?

And then there are a number of practical things that a solo traveler has to deal with. It is absolutely crucial who applies sunscreen to your back on the beach. I always got there somehow in the end, but I've heard of people rubbing the cream on their backs with a towel.

I usually solved the question of who would take my picture with a selfie. Several willing instaboyfriends subsequently responded to this, wanting to take pictures of me - for me. This resulted in a collection of obscure photographs where my legs or other body part is missing, where there is a finger through the lens, a sign behind me, a peeing dog or public toilets. But I myself appreciated that I can take pictures and film what I want and for as long as I want, without feeling like I'm holding someone back. If I liked somewhere, I easily returned there the next day to take a photo in better light.

What did I feel a little sorry for? For example, I will taste only one dish from the menu. When I was traveling with someone else, the goodies could always be shared. Plus, Mexican avocados are usually so big that I can't even eat them by themselves. However, the restriction in eating made up for me by the fact that I could have headphones in my ears with my favorite music or a podcast basically at any time. Or that the probability that I will have a double seat to myself and sleep on a bus or plane has increased.

However, the most fundamental insight from my solo travel is that it is a tool of constant emancipation. Every solo traveler willy-nilly struggles with stereotypes about women at the stove or not being able to use maps. I haven't acquired a sense of direction, but I can use maps fairly well without needing a penis.

Being alone on the road is essentially a daily empowerment. Every day that I took myself on a trip, I realized how great it is that I can do everything by myself, or even better than in a group. That I'm not dependent on anyone else, even if it doesn't mean that being alone always suits me and I'm comfortable in all circumstances. The feeling that I can is priceless.

I stopped counting how many people on my travels were surprised that I was alone. Someone (mostly a man) kept asking me where I had a man. Especially in countries where men rule even more strongly than elsewhere, it was my perverse pleasure to proudly announce that I was traveling all alone. This was usually followed by the question “Why?” and my answer “Why not”.

So why not. Maybe I'll inspire some other girl who is quietly envious of her classmates for hitchhiking somewhere in Eastern Europe.

The author works at People in Need, shoots reports for the Czech Television's Objektiv program and documentaries for Czech Radio.