The government suspects a death due to Ebola in Beni, pending the results to officially declare the epidemic, vigilance is recommended 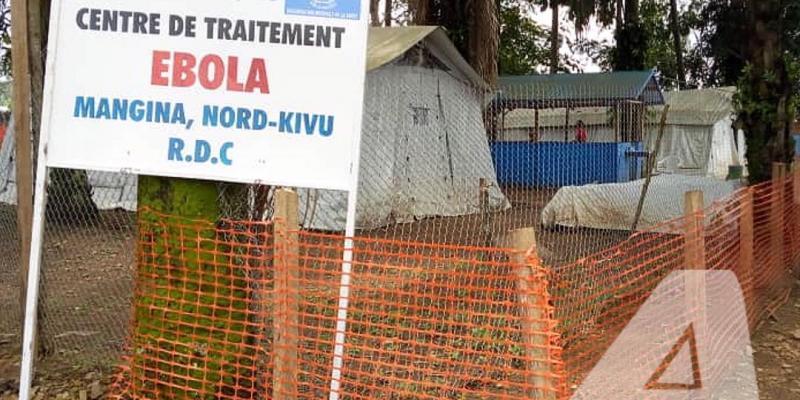 The government is informed of the death in the province of North Kivu, more precisely in Beni, of a suspected case of the Ebola virus disease. Pending the results to officially declare the epidemic, the authorities recommend caution to the population of Beni.

“The Minister of Public Health, Hygiene and Prevention informed the council of the situation prevailing in North Kivu concerning the death on August 15 of a suspected case of the Ebola virus disease. He reassured that urgent actions have been undertaken, in particular the in-depth investigation by the management team of the health zones of Beni, including the listing of contacts, decontamination at the general hospital and in the community, the stock of vaccines against this epidemic is available in this province, a response plan is pending, "says the minutes of the 65th meeting of the Council of Ministers held Friday, August 19, 2022.

And to add: "Pending the results of sequencing which should make it possible to officially declare an epidemic in this health zone and to classify it, the government recommends caution to the population".

If confirmed, this will be the 15th outbreak of the Ebola virus disease in the Democratic Republic of Congo, almost two months after the Minister of Public Health, Hygiene and Prevention, Jean-Jacques Mbungani announced (Monday July 4, 2022) the end of the fourteenth outbreak of Ebola virus disease. The epidemic was declared on April 23, 2022 in Mbandaka (Equateur). A total of five cases have been recorded. All the infected, including two children aged 9 and 12, died.

During the same meeting, Jean-Jacques Mbungani presented the general situation of the covid19 epidemic in the DRC. This remains stable and controlled throughout the country with a fatality rate hovering around 1.5%.

He said that the positivity rate of covid19 tests compared to the previous week fell from 1.46 to 0.73%, a slight drop in the number of new imported cases was also noted. No deaths have been reported in the past week. Despite this downward trend, the government insists that our people continue to be vigilant.