The highest activity in the high-value apartment market since 2014, local buyers 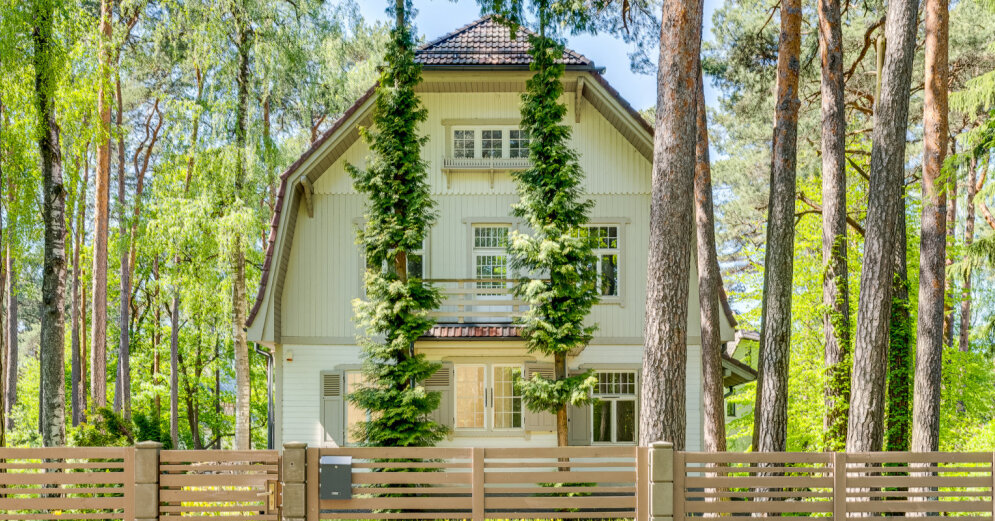 On the other hand, in the most exclusive segment of the market with an apartment value over one million euros, the number of transactions is still relatively small - only five transactions took place.

Such data was collected by the real estate company "Latvia Sotheby's International Realty". It has studied transactions whose value exceeds 150 thousand. euros for apartments and building land, over 350 thousand. euro - for private houses.

Describing the current situation in the real estate market, the owner and manager of "Latvia Sotheby's International Realty" Ilze Mazurenko states: "Although we see that the number of transactions is large, they have become more local, the data we have shows that the current real estate market is suitable for the local buyer purchasing power. The volume of large transactions and the interest of buyers in transactions exceeding the 2 million mark has noticeably shrunk. This creates conditions in which property sellers in the higher price segment will have to wait for a much longer time for a buyer."

Aiming for a record

The demand for "premium" housing in the capital increased by 11.7% or 9.9 million euros. The number of purchased homes has risen faster than their total value. This year, the interest of buyers in the vicinity of Riga turned out to be more persistent than elsewhere.

99 "premium" properties have welcomed new owners in Pieriga. In the segment from 150 to 300 thousand. 76 properties were purchased for 18 euros and 18 in the segment from 300 to 500 thousand. euro. Over 500 thousand only five were bought for EUR, but in the most exclusive price segment, not a single property has been sold for more than EUR 1 million. A total of 24.6 million euros were issued for all transactions. The dynamics of demand looks impressive, comparing the first six months of this year with the corresponding period last year, when 47 purchases were signed, totaling a turnover of 11.1 million euros. This means that the assets traded in the "premium" housing market of Pieriga have more than doubled, the company notes.

It also emphasizes that there is a growing difference in the apartment market in the considered regions. In total, 555 apartment deals were concluded in the first six months of this year, the total value of which reached 124 million euros. The Latvian "premium" apartment market had not experienced such market activity since 2014. Moreover, if this trend continues, the result for the year may turn out to be even more impressive.
Last year, in the first half of the year, 416 apartments were bought for 101.4 million euros. Thus, this year this market segment has attracted 22.4% or 22.7 million euros more investments, with market participants concluding 139 more transactions than in the corresponding period of the previous year.

Riga as a driving force

Looking at the distribution of transactions by price groups, the demand dynamics are different. This year, 341 transactions have already been concluded with properties, the price of which has been in the interval from 150 to 300 thousand. euros, totaling 64.8 million euros, which is 37.1% more than in the first six months of last year. In the price segment of 300 to 500 UHT. Euro demand still remains surprisingly stable, 51 properties have been realized and in the last five half-years - by 2.1 million euros more than at the beginning of 2021. In the market segment of the most exclusive apartments (over 500 thousand euros), 10 transactions worth a total of 6.5 million euros were concluded in Riga for the period of January-June this year, but again no property was sold in transactions over one million euros. The average price of an apartment transaction in Riga at the beginning of the year was 225 thousand. euro.

This year, 74 owners have already received the keys to new "premium" apartments, having paid a total of 13.8 million euros for them (by 114% more than 6.4 million euros in the first six months of last year).
79 new high-quality apartments were bought in Jurmala this year for a total of 19.9 million. EUR, of which 59 have been 150-300 thousand. worth of euros, 19 apartments were in the price range of 300-500 thousand. EUR and only one apartment was more expensive than 500 thousand. euro. The dynamics of the Jūrmala apartment market is significantly different from that of Riga and Pierīga, as a slight drop of 300,000 can be observed. in the amount of EUR compared to the first half of 2021.

The average transaction volume has also changed - in the first half of the year it was 240 thousand. euro, but the average area of ​​residential premises was 144 m2 (14% increase compared to 127 m of apartments bought at the end of last year2).

Five houses over a million

In the "premium" private house market of Pieriga, 22 transactions took place from January to June, they cost a total of 9.9 million euros (five private houses in the price category of 350-500 euros, four over 500 thousand euros and five over one million euros). Accordingly, the first half of 2022 resulted in a 34.4% increase compared to 7.4 million euros at the end of last year. The average property price has risen a bit - up to 450 thousand. euros (by 2.9% compared to the previous half year). The average area of ​​the territory of a private house reached 342 m2and the average price per square meter has dropped to 1,600 euros/m this year2 (-7.5%).

In Jurmala's "premium" private house market, 14 transactions were concluded for the amount of 14.2 million. euros, which is a 26.5% increase compared to the first half of 2021, when 11.2 million were invested. euro. In general, each home cost an average of one million euros. In Jūrmala itself, there have been five transactions with particularly exclusive private houses, which cost more than one million euros.