The Mayan Day - Rosario Robles process will be long and complicated, says lawyer 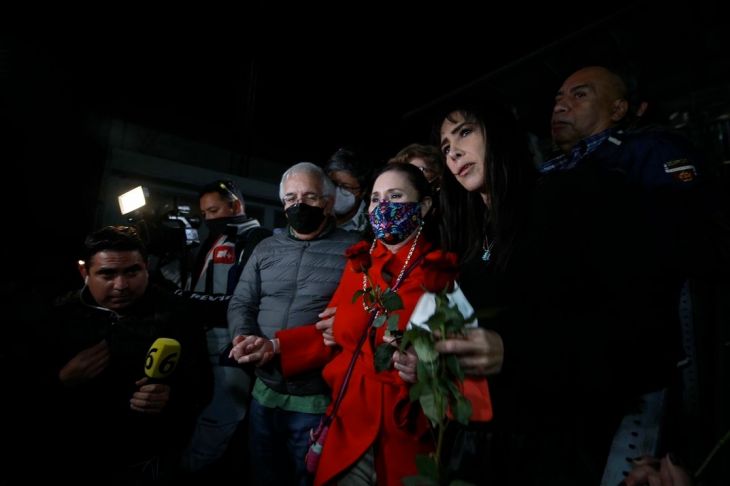 Next Monday, Epigmenio Mendieta, lawyer for Rosario Robles Berlanga, will meet with the former secretary of Social Development (Sedesol) and Agrarian, Territorial and Urban Development (Sedatu), in order to address pending legal issues, after yesterday She left the Santa Martha Acatitla women's prison to continue her process in freedom.

"Rosario Robles has to face the process and will have to prove whether she is innocent or declared guilty, but today she has the opportunity to collect all the evidence that is necessary to prove her innocence."

"The process is going to be long and it seems to me that it is complicated due to the large amount of evidence, but we are confident that we have prepared a good strategy and we are going to face whatever it has to face, of course, as we have been doing, from the loyalty that has to be in front of the judges".

He added that the release of the former Secretary of State must be a celebration of justice. "Today the Judicial Power of the Federation has shown that it is that dike and that guarantor for legality regardless, let it be clear, of the interests of a political nature that may be held in any matter."

The former government official of Enrique Peña Nieto, who left the Santa Martha Acatitla prison yesterday, is accused of her alleged responsibility in the crime of improper exercise of a public office and damage to the treasury for more than 5 billion pesos.

Robles Berlanga will continue to comply with a couple of precautionary measures: presentation of fortnightly newspapers, directly before the Attorney General's Office, and the prohibition to leave the country with the consequent migratory alert report to the National Institute of Migration (INM).

This Thursday, Francisco Robles Berlanga, Rosario's brother, posted a photo on his Twitter account with family and friends.

"Once again, Rosario Robles with her family, friends and friends. Congratulations, we are happy to have her with us again. Thanks to [email protected] for their support and solidarity that sheltered us during these three long years".