The numbers that guarantee a key technology for the field 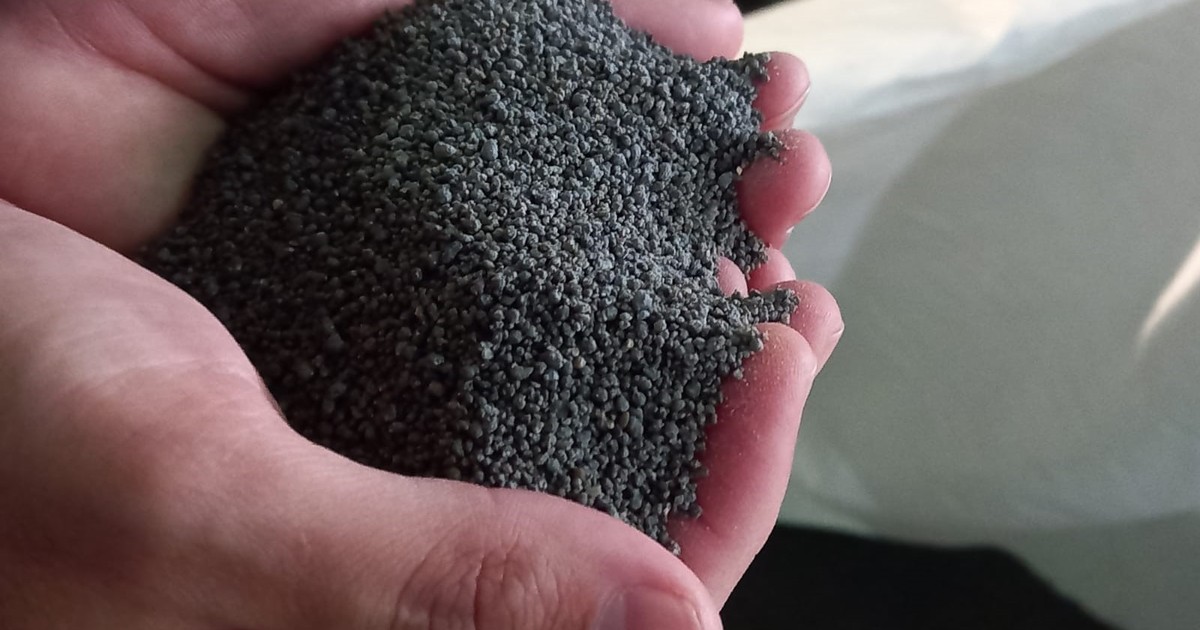 The conjunctural situation derived from the conflict between Russia and Ukraine - countries that supply fertilizers and grains to the whole world -, plus the shortage of dollars that Argentina suffers complicate the importation of products, is putting the handbrake on the sustained increase that was coming giving, that despite this clean and jerk, more nutrients are extracted from the soil than what is contributed.

The first to raise the details in the lot was Fernanda Gonzalez Sanjuan, executive manager of Fertilizar Civil Association, who highlighted the low use of soil analysis as a diagnostic tool in decision making: it is estimated that only 30% of producers do so before defining their nutrition strategy.

González Sanjuan announced that for this agricultural cycle 2022-23 from Fertilize Civil Association project a market of 5.22 million tons, which represents an estimated 8% drop in fertilizer consumption. As he commented, the main reason for this reduction is represented by thedue to lack of moisture in some relevant areas and the change in crop rotations that also seek to circumvent this water limitation.

As a result of the war, the rise in the value of grains equaled and even improved the price ratio they had with fertilizers in the months prior to the conflict. “Today fertilization, more than a problem, ands the tool that allows us to control the risk”, said the referent, who participated in the Aapresid Congress, which was held in Rosario last week, in a talk “Crop nutrition based on evidence in a challenging scenario”, in which Juan Orcellet (INTA) also spoke; and Gabriel Espósito (UNRC), which was moderated by Fernando García, consultant and member of the FCA (UNMdP).

The agronomist reported that, as a result of the Declaration of the Nutrient Gap in Argentina -work presented in April of this year by a relevant group of academics- the difference between the national average yield and the "achievable" yield in corn is 7.8 tons per hectare to 10.1 tons, respectively. While for soybeans the difference is from 3 to 3.5 tons.

“Closing that yield gap without compromising soil qualitywill require an increase in the use of fertilizers”, he warned.

Fertilizar AC has been working for 6 years in a Network of Nutrition Strategies with field trials in different areas of the country where harvest yields are compared between what the producer usually does, versus an improved treatment with balanced fertilization, based on analysis of ground. In addition, a high performance treatment with replacement of macro and micronutrients is presented.

The results of the work allow him to affirm that "in this context of so much uncertainty, it is the technologies that bring us closer to certainties".

I put the example in 17 corn trials between 2016 and 2021, where an average result of 8.8 tons per hectare was obtained, which rose to 9.4 tons in the lots with 'improved' management'. In that period, the gross margin (grain prices versus fertilizer cost) was 34 dollars per hectare in the producer's usual management versus 72 dollars in the improved management. This represented an additional income of 38 dollars in favor of the incorporation of technology.

With prices of the 2022 campaign -in the same corn compared between plantings- this additional income is 63 dollars per hectare in favor of the improved planting, that is, 65% more than the historical profitability. This improvement recorded at the batch level, rIt represents 500 million dollars when we project it at the country level.

“For values ​​of 2022, this equation improves even more, representing 19 dollars per hectare for the producer's management against 81 dollars for the improved one. This means that in 2022 the best use of fertilization technology generated a 46% improvement over the historical profitability of each hectare of soybeans on average. projected At the country level, this improvement represents 1,200 million dollars”, he explained.

González Sanjuan pointed out that a balanced application of nutrients "although it does not solve the historical problem, it has the bonus track to improve the nutrient balance of the soil.

A on turn, Juan Orcellet, from INTA Concepción del Uruguay, described the situation of the soils in the province of Entre Ríos, "with deficiencies in the main nutrients", among which he mainly highlighted the "very low" levels of phosphorus (P), with an average of 7 parts per million -and some areas in less than 6 ppm-. "There are plots of wheat without P", in which "the fertilization never reaches to cover the requirement of the crop".

Orcellet also warned that in the center-west of Entre Ríos "problems began" because of thethe lack of potassium. "The critical level of potassium is in the range of 160 to 200 ppm and we found that 30% of the batches we surveyed are below that." This translates into "less competitiveness of Entre Ríos producers, who have a cost of 100 dollars above those of other provinces."

In addition, he said that more than 90% of the lots in Entre Ríos are deficient in zinc, which should be incorporated once the needs for nitrogen and phosphorus are covered.

On the importance of incorporating zinc, he elaborated Gabriel Esposito, from the National University of Río Cuarto, who stressed that the 2022-23 campaign shows "a scenario of water deficiency" that will reinforce the importance of the micronutrient. “Zinc plays a fundamental role because it stimulates growth and helps mitigate stress. It can be the main defense in drought conditions because it helps build the root of the plant.”

Esposito assured that zinc “is a nutrient that breaks with the paradigm of 'why fertilize if I'm going to harvest little'. Regardless of what you are going to harvest, he warned, if the soil lacks zinc, you have to apply it”.

The professor from the University of Río Cuarto presented economic arguments for the application of zinc, comparing an investment to apply only diammonium phosphate versus the application of a “complete” fertilizer that includes zinc: “the harvest will have a extra profit of 98 dollars against 76, 29% more”.

He concluded that "the discussion is not about using the cheapest fertilizer but about applying the one that is needed."