The rise in the price of electricity does not weigh as heavily everywhere in Switzerland - rts.ch 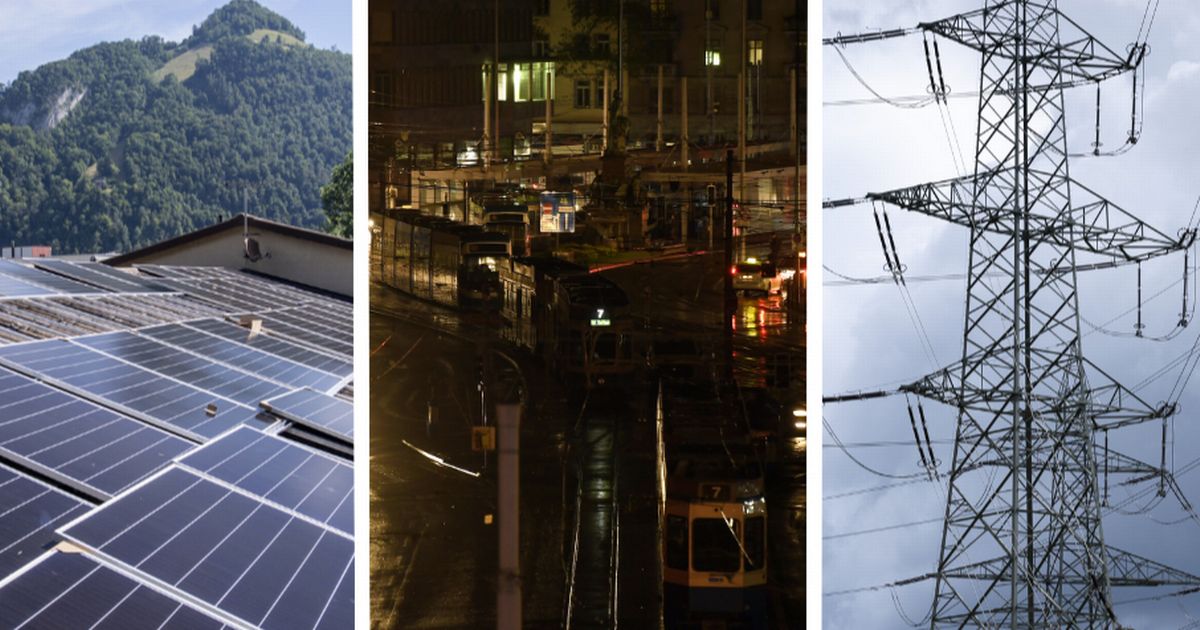 The recent announcements of electricity price increases for 2023 can be brutal, or almost non-existent depending on the region. But these rates do not say everything about the final bill, because the prices are already very variable between the cantons, even the municipalities.

In 2022, the price of electricity for a typical household amounts to 21.18 ct./kWh (median) at the Swiss level. But as data from Elcom, the independent federal electricity regulator, shows, that price can range from 13.7 cents/kWh in Randa (VS) to over 25 cents in several Jura municipalities (25.2 or 25.13 in Saignelégier depending on the supplier) or Bernese (25.2 in Mühleberg or 25.6 in Köniz).

Marked differences exist in the cantons. In Valais, although Randa is well off, prices are close to 20 cents/kWh in a good part of the canton and even reach 23.13 cents/kWh in Liddes.

Switzerland has nearly 600 suppliers and the price of electricity includes several components. Consumers pay both for the energy supplied (energy tariff) and for the delivery of electricity from the plant to their homes (grid usage tariff). We still have to reckon with public taxes and royalties that go into the coffers of public authorities.

In 2022, this price consisted of approximately 45% of the grid usage tariff and approximately 37% of the energy tariff. The various taxes (municipal, cantonal and federal) represent approximately 18%, according to the Association of Swiss Electrical Companies.

Consequently, the effect of the increases announced for 2023 is also very uneven on the final bill.

The people of Geneva are among the best off in French-speaking Switzerland. GIS tariffs will rise by 22% on average. And with a 2022 tariff of 19.72 ct./kWh, the financial impact remains reasonable. For a 5-room apartment (kitchen included) consuming 2,500 kWh per year, the monthly bill increases to 51 francs per month, or 9.50 francs more per month.

In Lausanne (SIL), the increase is comparable (26%), but since the tariffs are currently higher than in Geneva (25.42 in 2022 according to Elcom), for a dwelling consuming 2500 kWh/year, this corresponds at 15.4 francs per month.

The only supplier to keep its tariffs almost unchanged (+1%), the Bernese Driving Forces (BKW active in the cantons of Bern and Jura and offering tariffs oscillating around 25 ct./kWh in 2022 according to Elcom) only pass on the rise in prices de Swissgrid. For an annual consumption of 4,500 kilowatt hours, which corresponds to a four-person household, the increase will be around 13.50 francs per year.

If the increases are contained in the canton of Geneva, the municipality of Lausanne and among BKW customers, it is because of own production capacities, which are not or only slightly subject to market fluctuations. The Services Industriels de Genève produce around 40% of the electricity they supply to their customers, in particular thanks to the dams along the Rhône. Lausanne claims autonomy for almost half of the energy distributed, counting on the Lavey hydraulic plant, its solar plan and its collaboration with Tridel. For their part, the BKWs havea lot of own productionsuch as dams and nuclear power plants.

On the other hand, Romande Energie was forced to announce a "historic" increase of 49% for most of its customers. For example, a household in Morges with a consumption of 2,500 kilowatt hours will see its bill increase by 23.4 francs per month (final annual bill of 859 francs).

The Vaud-based company covers approximately 20% of its needs with its own production. But this share comes mainly from run-of-river power stations, whose efficiency has been undermined by the drought, explained Christian Petit, general manager of Romande Énergie, in the Forum program on Wednesday.

>> Watch the interview with Christian Petit, CEO of Romande Énergie

The manager, however, recalls that in the last decade, companies like Romande Energie offered more attractive prices because the hydraulic works were not profitable. According to Elcom data, Romande Énergie's 2022 tariffs fluctuate around 21.20 and 21.50, while those of BKW are closer to 25.