The weather will remain hot during the holidays, the new week will become colder and rainier 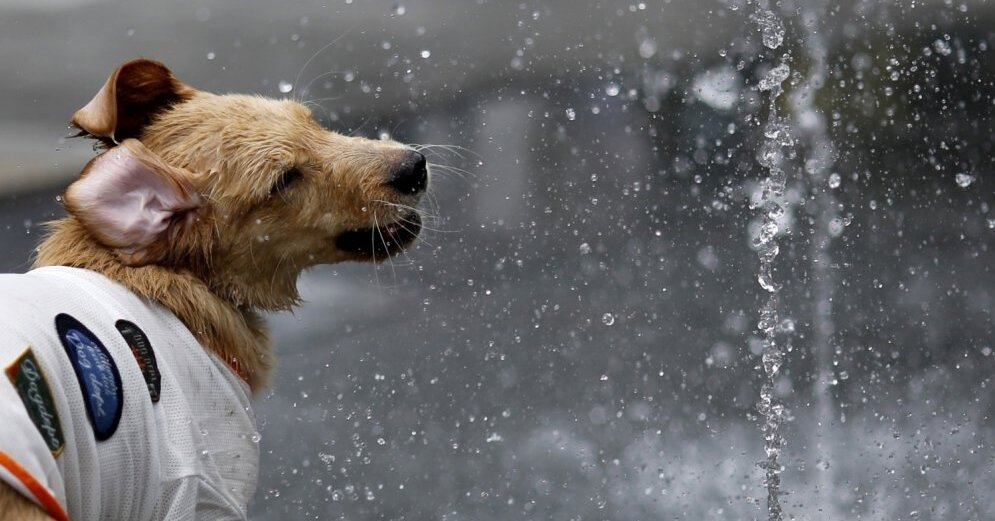 This week, the weather conditions are affected by the activity of an anticyclone, and the country will remain very hot until Friday, but during the holidays and the new week, several precipitation zones will pass through Latvia and it will rain in many places. The first half of the new working week will become a little cooler, however, another heat wave is expected at the end of the next week, informs the Center of Environment, Geology and Meteorology of Latvia.

On Friday, the amount of clouds in the sky will be variable and in the first half of the night it will rain temporarily in places in Kurzeme, a thunderstorm is also possible. A slow to moderate wind from the east will blow, and at night the air will cool down to +16...+20 degrees, with warmer air remaining on the coast, +20...+22 degrees there.

During the day, very strong, sometimes even extreme heat is expected in many places, as the thermometer rises to +30...+33 degrees, but it will be cooler in some places on the coast, +25...+29 degrees there.

On Saturday night, the weather will be mostly clear, but during the day the amount of clouds will increase and in the afternoon, short-term rain is expected in places in Kurzeme. As on Friday, light to moderate easterly winds will prevail and overnight temperatures will be only a few degrees lower.

On Sunday, the amount of clouds will remain variable, it will rain in places in the second half of the night and in the morning, but from the morning a wide area of ​​precipitation will begin to cross Latvia from the west, thus rain is expected in the western part of the country during the day, and by Monday night in most of the country's territory.

According to current forecasts, the next working week will be full of precipitation. On Tuesday, a new area of ​​precipitation will pass through the central and eastern regions from the south, it will rain heavily in places on Wednesday night. In the dark hours of the day, the air will cool down to +13...+18 degrees, while during the bright hours the air temperature is expected to be within +20...+26 degrees.

It will rain in the eastern part of the country on Thursday and Friday, but at the end of the week, as the influence of the anticyclone intensifies, precipitation is not expected. The air temperature will also gradually start to rise, and during the days the thermometer will approach the +30 degree mark again.