There is a good atmosphere between the ministers 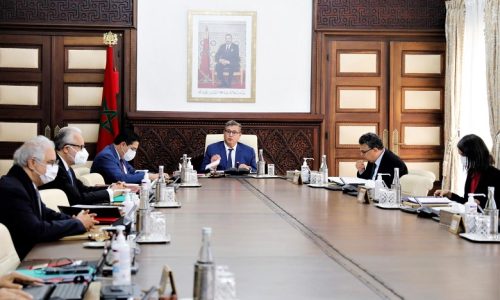 At the end of the weekly meeting of the Government Council, a press briefing was held to answer questions from public opinion. In this sense, the point was put on the famous ministerial reshuffle, which has attracted many questions in recent months.

After the rumors started about a cabinet reshuffle, the press briefing organized on Thursday 01 September, formed the occasion to eliminate the nuances on the said subject, in fact the Minister Delegate in charge of Relations with Parliament, government spokesperson, Mustapha Baitas indicated that the reshuffle is a very ordinary measure which can execute, except that for the moment no measure would be adopted in this direction Baitass thus affirmed: "And for proof, the government adopted during its meeting today several decrees relating to social dialogue".

As a reminder of the conditions that frame the activity of the government and the ministerial reshuffle, Baitass added that this is a very normal measure which is based on the articulation of two notions, one is political , which requires an exchange in the majority and the other is related to the constitutional provisions which frame the measures and procedures of appointment as stated in the constitution.

Read also: The government announces the increase of the SMIG and the SMAG with "immediate effect"

The Minister Delegate indicated that a homogeneity reigns in the governmental atmosphere, which confirms a coherence and stability in the exchanges between the members of the government, underlining that “The majority holds its meetings and discusses all the questions. »

In this regard, the government spokesman affirmed that the Executive is homogeneous and surrounded by notions of coherence, collective spirit, unifying and united, which therefore confirms the progress of the government in a good trajectory”.

Baitas underlined that certainly the government faces worries, but not on the interior level, it is rather problems related to the crises which knows the world, and with the economic situation which impacted the social plan, of this fact the government treats the issues raised in this sense to meet the expectations of citizens and therefore resolve the annoyances raised.

The government is then trying to find alternatives, to deal with many worries, in particular the shortage of rain and the insufficiency of water resources, especially since water stress has impacted several sectors and caused inflation in the prices of many products.