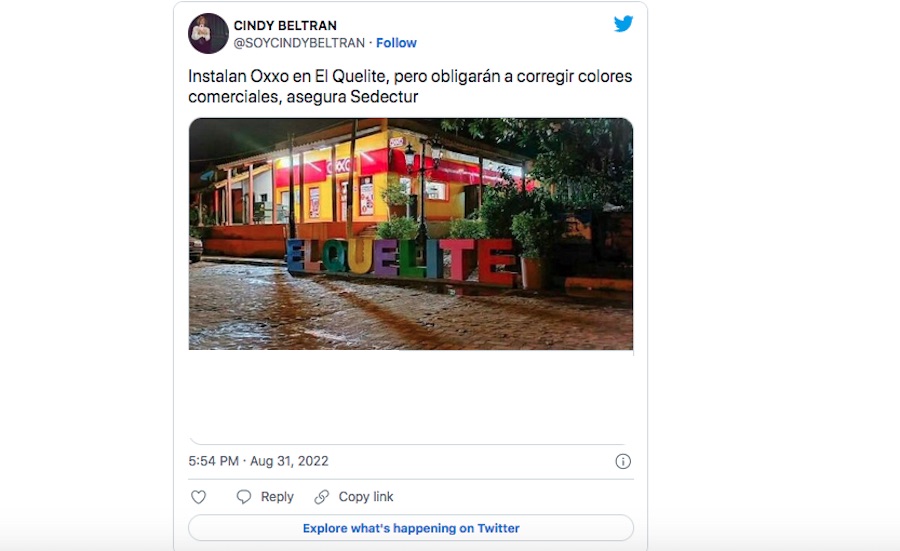 The measures implemented against Oxxo like the town that removed the colors from a Femsa store and imposed a strict branding on it, they follow urban and image ordering regulations, which are applied in many entities of the republic, as a way of maintaining the cultural identity that distinguishes these places.

These codes have allowed categories such as Magical Towns to remain in force in Mexico, so there is a great commitment to maintaining the rules and codes, with which the attractiveness of these places has been maintained until now.

A key condition that helps to understand why it is so important for a chain like Oxxo to follow the instructions given when opening in certain regions of the country when opening, is the brand value it has, which is based precisely on the expansion in physical points of sale that it has.

To maintain that level, following the rules is key for any retailer and the exercise behind it follows a very simple rule, which is to understand the consumer, only there are different angles from which it can be approached, not necessarily painted a facade With bright colors, which are part of the old scheme in retail, there are technological accessories that are modernizing the way of contacting the consumer.

Oxxo had the audacity to open a store in the municipality of Mazatlán, Sinaloa, only that the town where it opened its branch follows image ordering rules for being a stately town, so now it has to neutralize the colors and follow strict orders in branding.

They install Oxxo in El Quelite, but they will force them to correct commercial colors, says Sedectur https://t.co/IOBV0CR5ML

Statements by the Secretary of Economic Development, Tourism and Fisheries of Mazatlan, Ricardo Velarde Cardenasexplain that due to the ordering of the image that is maintained in the town, Oxxo will have to adapt its façade to the colors allowed in the area where it opened, in addition to that it will have to adapt the advertisements with its logos that it traditionally uses, to those that it really are allowed.

These measures are great lessons on how to open a retail store in Mexico, where elements such as colors alluding to a brand continue to be relevant for brands, in their interest in attracting consumers, only that there are better consolidated trends such as technological ones.

When he left the “Snapchat Future of Shopping Global Report 2021” the 35 percent of consumers said they would virtually try on what a store product would look like in their home.

Given this level of progress in retailthere seems to be great pending in Mexican retail.

"There will already be Oxxo in Europe"; FEMSA announces investment of 1,200 million dollars

Oxxo reinforces its bet on the apparel market: these clothes are sold in stores

AI shows what Oxxo would look like inside the multiverse