WTA 1000 Cincinnati: Garcia does not stop and joins the final 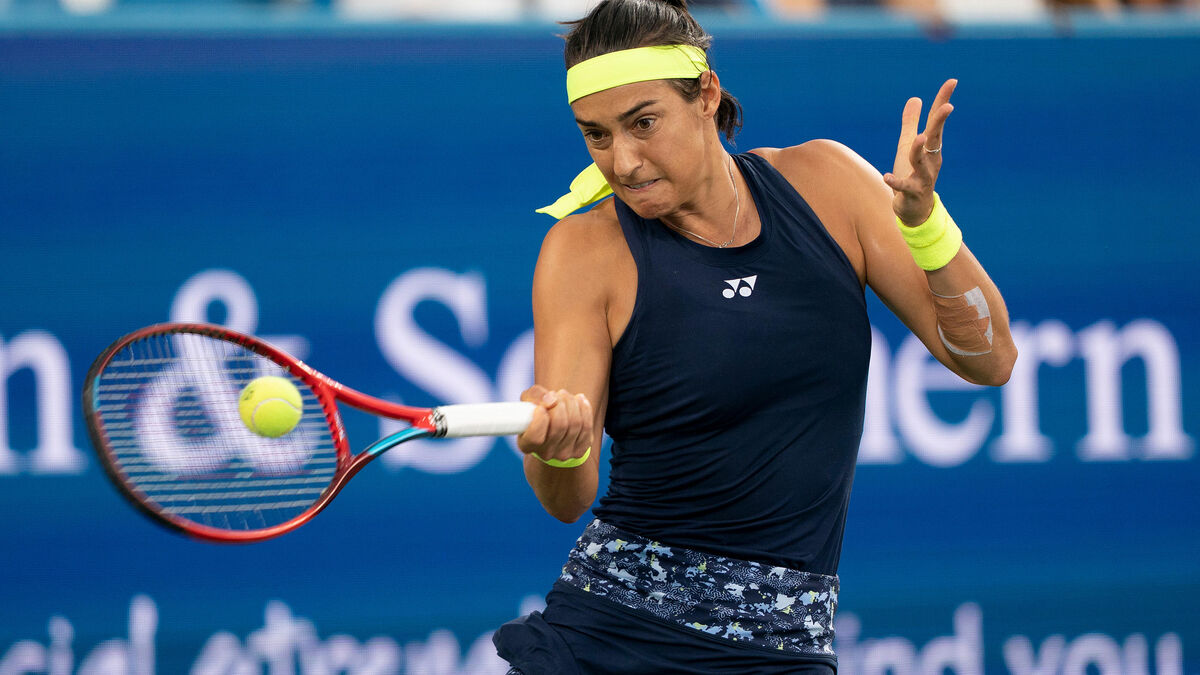 Unstoppable, despite a sore left arm and the rain disrupting her progress, Caroline Garcia qualified for the final of the WTA 1000 in Cincinnati, the last major rehearsal on hard court before the US Open, beating Aryna Sabalenka on Saturday. The 28-year-old Frenchwoman, 35th in the world, won 6-2, 4-6, 6-1 at the expense of Belarus (7th).

" It feels good ! I had a long run in Cincinnati. I'm proud of what I'm doing and I'm happy to be in the final tomorrow, with one more match to play, "welcomed the one who became the first player from qualifications to reach a WTA final. 1000.

Incredible Caroline Garcia who qualified for the WTA 1000 final in Cincinnati by taming Aryna Sabalenka (and the rain) 6-2 4-6 6-1.

2nd final in 2 months, how strong is she right now! 💪 pic.twitter.com/0j2AHtlxlw

She will try to win a third tournament in this category, just below the Grand Slams, against the Czech Petra Kvitova (28th). Garcia, who had gleaned his first two WTA 1000 in Wuhan and Beijing in 2017, before reaching the semi-finals of the Masters in Singapore, returns this summer to his best level after years of irregular results.

She now has 25 victories since June, thanks to an impressive career that saw her win in June in Bad Homburg and in July in Warsaw, where she had in passing the scalp of the N.1 World Iga Swiatek. No one is currently doing better on the circuit.

Pass by Kvitova before the title

In her strong moments, Garcia was intractable against Sabalenka, one of the most powerful players on the circuit, who led 2 to 1 in their confrontations, as she was to successively dismiss the world N.3 Maria Sakkari in the 2nd round. , the Belgian Elise Mertens (33rd) in 8th and the American (8th) in quarters.

His first set was a model of aggression and precision. She lined up 5 aces, 13 winners against 3, and committed only 3 unforced errors against 13 for Belarus, then totally overwhelmed.

After an initial two-and-a-half-hour rain break, Sabalenka, who was chasing a 12th title at Ohio, made adjustments that paid off in the second set, including a return, which allowed her to break three times. in a row. Once more than the Frenchwoman, who lost the rhythm and had a bandage placed on her left forearm.

In the third set, Garcia got back on the right track, controlling the exchange better, to break (3-1). She barely had time to let out a "Come on!" » that the rain again fell in torrents. An hour and a half later, Sabalenka accumulated unforced errors, opening a highway to the final for the Frenchwoman, who could exult, under the eyes of former champion Martina Navratilova.

“What a day it has been! Aryna is such a tough opponent, so fast and so strong. We had a lot of very tough rallies, in difficult conditions. We never knew when we were going to come back on the court … ”, said Garcia again.

She will try to win the 10th title of her career, against Petra Kvitova, a regular at the WTA 1000 finals, since it will be her 12th after winning eight. The 32-year-old Czech has beaten her five times in eight meetings.