7 policemen killed in an ambush in Colombia: how will it affect Petro's "total peace" policy? 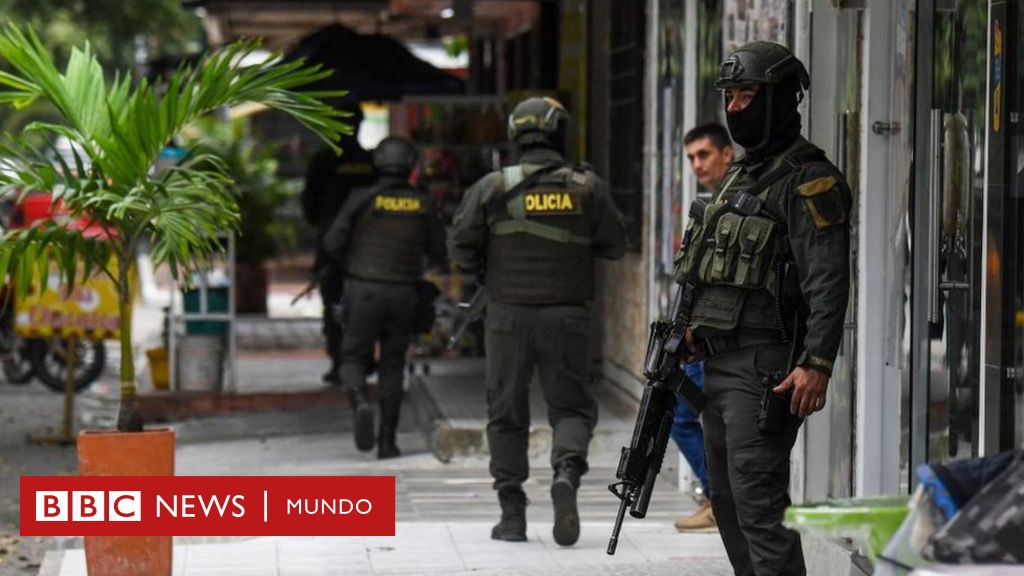 At least seven police officers died and one was seriously injured this Friday in an attack in a rural area of ​​San Luis, in the Department of Huila, in western Colombia, in the largest attack recorded in the country since Gustavo came to power Petro.

According to initial reports, the agents were arriving at their station when they were apparently attacked with rifle bursts and explosives.

The motives for the attack or which group is behind it are not clear at the moment.

Initially, the death of eight agents had been reported, a figure that was later lowered when it became known that one agent had survived.

Colombian President Gustavo Petro, who traveled to the scene of the attack on Friday night, He rejected the attack and pointed out that this type of act sabotages "the total peace" proposed by his government.

"I strongly reject the attack with explosives where 8 police officers died in San Luis, Huila. Solidarity with their families. These facts express a clear sabotage of total peace. I have asked the authorities to travel to the territory to take over the investigation," he wrote on Twitter.

This is the first major attack against security forces since the president announced his plan to seek a peace agreement with illegal armed groups.

Petro has reopened the dialogue with the National Liberation Army (ELN), recognized as the last organized guerrilla group operating in Colombia.

His predecessor, the conservative Iván Duque, had interrupted peace talks after a 2019 car bomb attack on a police academy in Bogotá that left 22 dead.

Petro has also proposed a "multilateral" ceasefire with the dissidents of the Revolutionary Armed Forces of Colombia (FARC) who laid down their arms and signed a peace agreement in 2016.

The president has sought a policy of "complete peace" to end six decades of conflict that also involves drug traffickers.

Some dissident factions and traffickers linked to the powerful Clan del Golfo have shown interest in joining the ceasefire.

The newspaper El Tiempo points out that, according to preliminary information received from peasants in the region, the attackers "apparently activated a minefield as the soldiers passed by and then finished them off with rifle bursts."

The Colombian authorities reported that they sent reinforcements and relief groups to the scene to recover the bodies of the deceased, who are in a rural area with difficult access.

Police Director Henry Sanabria Cely said on Twitter that he will go to Huila "immediately with all the institutional capacities to verify and accompany our police officers."

For his part, the president of the Colombian Senate, Roy Barreras, rejected "with pain" the "cowardly" murder of the policemen in a message on social networks.

"They kill them in ambush. The damned drug trafficker kills humble public servants. Mourning in their families and in the Colombian family. Those who do not stop killing only deserve the strongest response from the State," he said.

Before going to the scene of the attack, Petro ordered the Ministers of Defense, the Interior and the Director General of the National Police to set up a unified command post in Huila to make decisions in the face of the attack.

The Prosecutor's Office, for its part, reported that a team of experts and investigators will travel to the scene to investigate what happened.

This is the biggest attack against the state since Petro came to power just under a month ago. And the consequences can be huge.

First, because the president's goal of signing peace agreements with the armed groups is in a bad place politically: if the groups kill policemen, sitting down with them to negotiate is at least clumsy in the eyes of public opinion. But it would also be an insult to the civilian body in charge of caring for Colombians.

The attacks on the Public Force can be seen as ways to intimidate the armed groups in the prelude to a negotiation process. The problem is that as long as there are Colombians dying of violence, speaking of negotiated peace is for many an unrealizable utopia. And a rudeness to the victims.

Although it is not yet known whether the attack on the police was perpetrated by the ELN or the FARC dissidents or the Clan del Golfo, the feeling it generates is that Petro, even with the legitimacy intact of the newly elected, cannot contain the violence. .

The second consequence is on the state of mind of the Armed Forces, which have already shown skepticism about Petro's security plans and doubt that something other than a strong hand can reduce the action of illegal groups.

The discomfort with Petro in the barracks seems to have intensified when the new president named an old enemy of the military Minister of Defense, then carried out the largest purge of generals in recent history and later announced that two of the most accepted strategies within the military world, the bombings and the forced eradication of illicit crops, will be reformed.

A third effect of the attack is political: when the deterioration of security deepens, it will be more difficult for Petro to maintain his coalition in Congress and the media and the opposition will have more arguments to attack him.

Eleven of the 72 massacres that had been reported this year so far occurred in this last month with the new government.

A month, moreover, that made it clear what Petro's main priority is: peace, an ambitious goal judging by the almost 30 different illegal armed groups operating in the country.

Now you can receive notifications from BBC World. Download the new version of our app and activate it so you don't miss out on our best content.