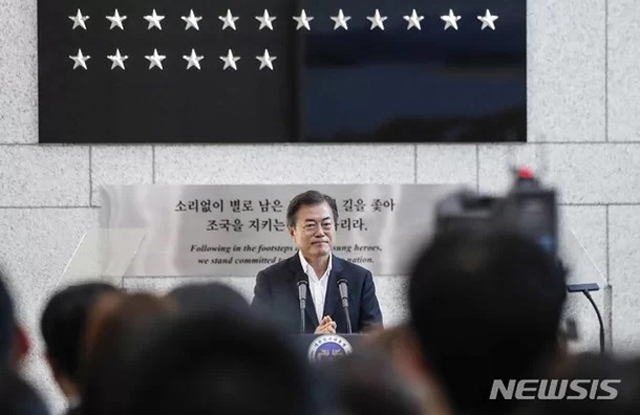 The Chosun Ilbo reported on the 3rd that the National Intelligence Service (NIS) is currently in the process of appointing 20 new first-class executives. It has been more than two months since the 27 first-class executives appointed during the Moon Jae-in administration were placed on standby. They are all reported to have retired.

The newspaper reported, “Director of the National Intelligence Service, Kim Kyu-hyun, recently completed the appointment of all 20 first-class executives.

According to a passport official, among those who were promoted to first-class executives, there were agents who were unfairly demoted during the last government. The official said, "The purpose is to prevent outsiders from contaminating the role of security agencies by taking over key information parts." “In particular, in the field of information on North Korea, it is said that expertise, not ideological tendencies, was the top priority for selection,” the newspaper added.

On June 22, the National Intelligence Service placed 27 first-level executives appointed by the Moon Jae-in government on standby, and appointed the heads of the lower ranks as 'acting director'. The Hankyoreh Shimbun, which reported on this, argued that “a large-scale personnel appointment is inevitable after a change of government, but it is unusual for a new director to be appointed without appointment.” The newspaper also reported the assertion of 'persons familiar with the situation of the NIS,' who said, "I know that they have never greeted so far that the government has changed."

In response to this point, a government official explained to the Chosun Ilbo, "Persons with political orientation will be excluded from promotion to executive positions so that the National Intelligence Service can faithfully fulfill its original role as an intelligence agency, not an institution that supports the government's policies."

According to the newspaper, the NIS is also conducting internal inspections of its employees. The NIS is said to have established a task force to investigate whether there were inappropriate acts in the inter-Korean negotiations during a total of three inter-Korean summits during the Moon Jae-in administration, including the April 27, 2018 Panmunjom summit.

In addition, the newspaper reported that the Moon Jae-in government carried out internal inspections on the 'corruption clearing task force' set up by the National Intelligence Service and the murder of a public official in the West Sea. At the time of the Moon administration's 'clearing the corruption of the NIS,' outside personnel searched the NIS main server, and some employees were unfairly demoted, the newspaper explained.

According to the newspaper, it was the result of such internal inspection that the NIS reported Park Ji-won and Seo Hoon to the prosecution in connection with the case of the murder of a public official in the West Sea and the forcible repatriation of North Korean fishermen to North Korea.