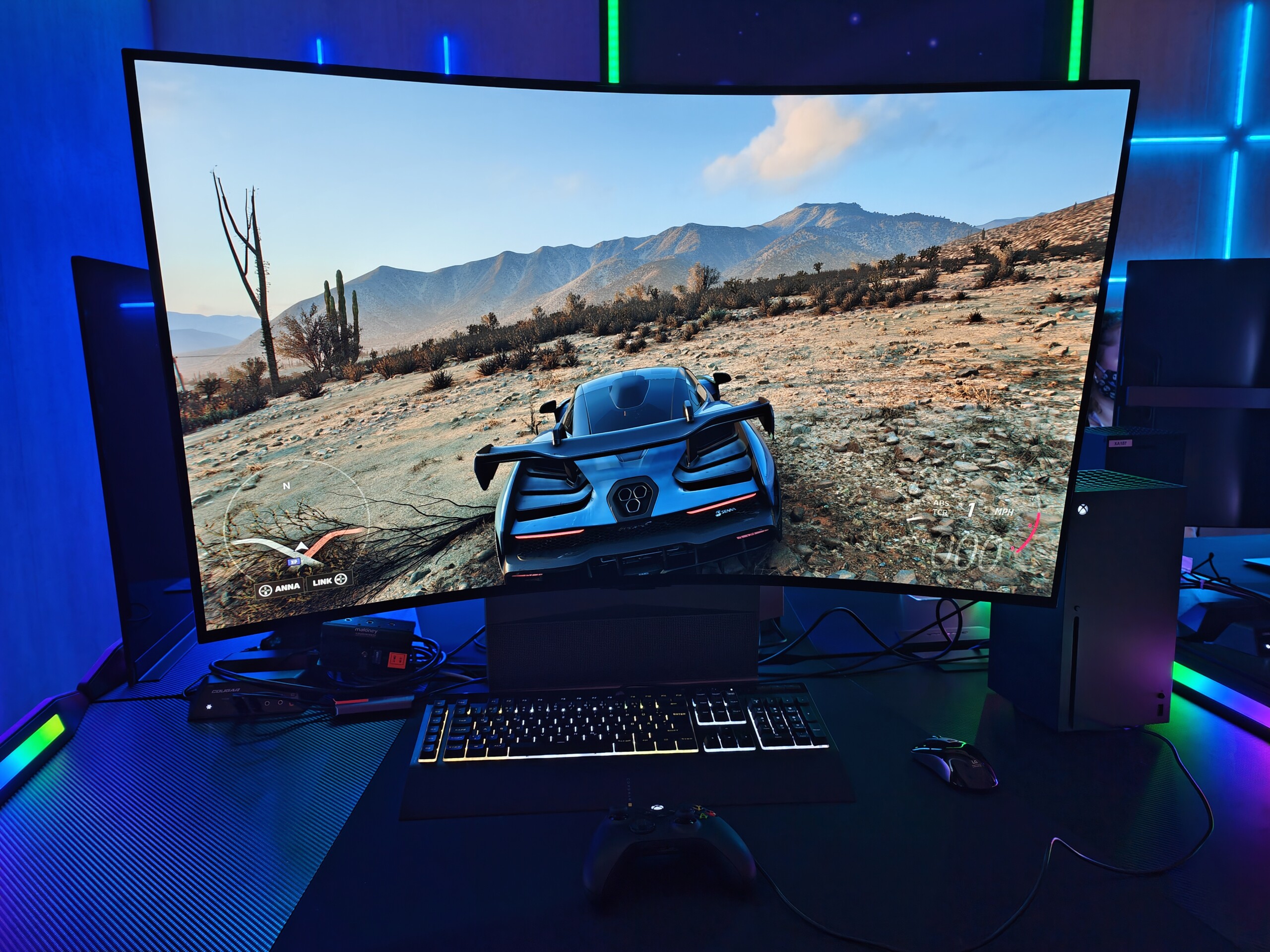 At IFA 2022, we were able to approach the beast, the LG Oled Flex (LX3), a gaming monitor / television capable of folding or unfolding at will.

For this year 2022, the IFA is celebrating its big comeback. As often, the Berlin show turned into a party on the screens, televisions as monitors. LG's stand, one of the biggest at the show (behind Samsung and its cube), occupying an entire hall on its own, had some of the most interesting products to see, such as 8K panels and a flexible monitor , the LG Oled Flex.

Quickly picked up on Forza Horizon 5using a Xbox Series X, the screen clearly has its little effect. We find all the qualities of consumer Oled panels from a LG C2 for example (up to the interface which is very close to it), but with the little twist of the 900 R curvature.

The model we saw was not accompanied by its remote control, but in principle, it is provided. We had to manipulate it using a central button under the slab. This one offers five choices: press it, go left, right, up or down. A simple or long press does not trigger the same functions.

You can of course vary the curvature using a slider provided for this purpose, from 0 to 100% with aliasing every 5 points. While this interface element works well, I found it wasn't the most intuitive system around. Especially when accessing the classic WebOS interface. There, the directional cross is very limited. For example, there is no option to close the menu, which forces you to wait stupidly or restart your game with a huge HUD element.

To continue on the disturbing aspects of the product, despite its firmly anchored foot, it gives an impression of fragility when handling the slab to raise it for example. A priori it is only an impression due to the finesse of the device.

Beyond these minor observations, we were therefore able to play in a room full of noise and the first striking thing is that the speaker grille located at the base of the stand does its job well. I could hear perfectly well the sound of cars rumbling over Forza despite the music around me.

This promotes immersion, as does the curvature of the screen which allows you to enter more into the chosen video game universe. We can already see ourselves taking full advantage of this digital cocoon. Important precision, even at short distance, I did not have the feeling of seeing the pixels or detecting too many annoying reflections on the panel. This is also a good point, especially for Oled.