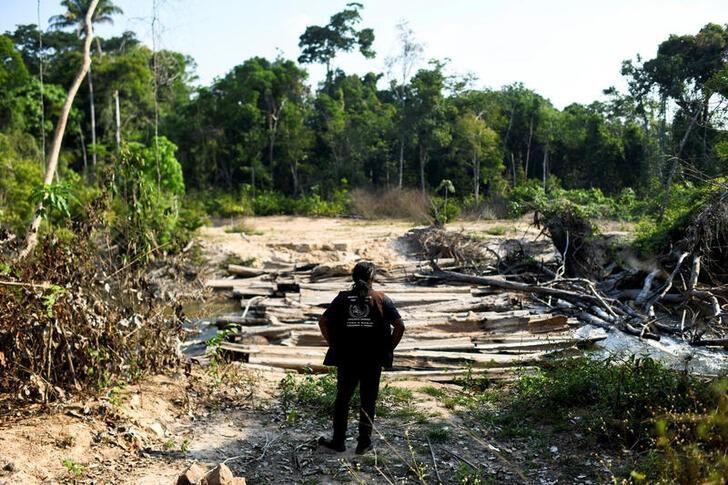 [Rio de Janeiro, 29th, Thomson Reuters Foundation]- Tabatinga, a city in the westernmost part of Brazil, in the Amazon basin. The walls of the prison are graffitied by drug traffickers, and half the cells are occupied by members of a criminal gang fighting for turf in the cocaine trade. Recently, the number of murders in this city has been on the rise.

"Every day I receive pictures of someone being murdered, mostly related to drug debts and disputes," said Octaviano Gondos, a Catholic priest who helps prisoners. is.

Gondos explained that the gruesome photos were circulated on social media by members of the trafficking ring to intimidate rival groups.

Tabatinga, which borders both Colombia and Peru, is also the gateway to the Jabari Valley, an indigenous inhabited area. Indigenous expert Bruno Pereira and British journalist Dom Phillips were murdered here in early June.

The two murders marked a rise in violent crime in the Amazon basin, fueling concerns that drug traffickers were linked to "environmental crimes" such as illegal deforestation, poaching and mining deep in the jungle. turned on.

A senior U.S. Treasury official said earlier this month that he had received disturbing information about links between Brazil's main cocaine trafficking ring, the PCC, and illegal gold mining in the Amazon.

Suspects arrested in the murders of Pereira and Phillips have linked themselves to poaching. Police are investigating links between poaching and drug trafficking, but have yet to establish a clear link.

Brazilian federal police official Alexandre Saraiva said: "This situation is not new, nor is it unique to Brazil. Criminal gangs and the mafia go wherever they can make money easily. They make their money by (illegal) mining. "They invest money in drugs and vice versa. Criminal funds circulate beyond the reach of the state." Saraiba, who has worked to combat illegal deforestation, is on the PCC's "to-be-killed list," they said.

Relaxed criminal oversight and sanctions by authorities have made illegal environmental destruction an attractive "side job" or money laundering tool for drug traffickers, experts say. This trend has intensified in recent years, especially under the Bolsonaro administration.

A congressional committee created after the murders of Pereira and Phillips said cross-border criminal gangs were buying fish from local rivers to launder drug money, leading to increased demand for two species in particular. It was reported that

Eliecio Marvo, legal representative of the Jabari Valley Indigenous Union, said the growing link between drug traffickers and environmental crime partly explains why violent crime has soared in the region. It is said that there will be

"There is an explosion in gun crime and executions, which reflects the prevailing atmosphere of conflict in the region," Malvo told the Thomson Reuters Foundation by telephone.

The rate of increase in homicides in Brazil's Amazon region is well above the national average.

The annual report from the Brazilian Public Security Forum, a non-profit organization, shows that the homicide rate in the country's northern region, mostly in the Amazon basin, rose by 62% in 2021, while the national rate fell by 9.3%. there is

Malvo and other indigenous leaders say the dismantling of environmental, police and indigenous oversight bodies under Bolsonaro has led to a surge in environmental and drug-related violent crime.

Marvo acknowledges that crime in the Amazon basin is nothing new, but says Bolsonaro "has weakened all the institutions that have worked in the region."

With the presidential election scheduled for October this year, Bolsonaro has allowed his opponent to take the lead in the approval ratings.

Malvo said that regardless of the outcome of the presidential election, indigenous leaders in the Javari Valley would remain vigilant. "Many of the 'faces' of Unibaja (Jabari) have had to leave their states and countries to save their lives, but we will continue to keep the authorities informed," he said. rice field.